Giant waves kicked up by an Atlantic gale oddly combined with no wind in the vicinity of Cascais resulted in racing being cancelled on the final day of the RC44 Cascais Cup. This made for a surprise, come-from-behind winner of both this last event of the 2018 season for the high performance, one design race boats and in the 2018 RC44 Championship ranking overall.

"The decision to race or not was made by the fact that we have no wind at all," explained PRO Peter Reggio at noon. "On a day like this, with the water the way it is, we need more wind than normal to be able to race fairly."

After day one here in Cascais, Nico Poons' Charisma was dead last having posted a 7-8. Even newcomer to the fleet, Paulo Mirpuri and his Mirpuri Foundation, enjoying his first ever day racing in the RC44 fleet, were ahead. A 2-2-6-1 on day two saw the Monaco-based Dutchman's team fight back to fourth place, still nine points from the lead. Yesterday, a welcome continuation of their winning streak saw them win both races in big winds and giant seas, coinciding with a most unfortunate day for day two's leader, Team Nika. This propelled Charisma into the lead.

"Our experience this year was that either we won or we had very bad results," admitted Poons. "It has been quite amazing that we won the 2018 Championship. That out of five events this year, we have won three of them says something! Alongside the TP52, competition in the RC44s is the strongest, so I am proud to have won the season."

This is not Poons' first major championship victory – aboard previous Charismas, he won the Swan 45 World Championship in 2009 and constantly scored well in the Farr 40. But as he puts it: "The competition in the RC44 is so tough and the level is so high, that, when you win, it fills you with more pride than the other classes I've tried before."

Pointing the way around the course on board was renowned Emirates Team New Zealand tactician Ray Davies. "It was a big surprise," said Davies of their victory. "It was always going to be a very tall order, especially after the first day. My commiserations to Team Nika - they have sailed so well all season, but just had a lot of misfortune yesterday. Team CEEREF has also had a very good season. We were all basically tied on points and it came down to the last race yesterday. It is the nature of this fleet that the competition is very high and when you make a couple of mistakes, you get punished. So it was a huge relief for our team."

Having both led the 2018 RC44 Championship going into this event and having led this event comfortably after day two, their success going up in smoke in just one day came as a big blow to Vladimir Prosikhin and the Team Nika crew.

"It is very disappointing that we didn't manage to handle it yesterday, because it was our weather and we had to perform well, but we didn't," commented Prosikhin. "Unfortunately we ended up with some disappointment, but that is the pleasure of sailing in this fleet, because there is no such thing as one boat always being best."

Among the calamity, Team Nika was sinking as she finished yesterday's second race - her 'removable bow was missing and water was spraying in through the empty bolt holes in her bow. "When you have no bow, it makes a big fountain at front of the boat – beautiful but not pleasant!" Prosikhin observed. "The water was moving from side to side - it was a bit like swallowing something that lives its own life inside. It was obvious that we should just finish the race, but there was no way we could be competitive." They just made it back to the Marina de Cascais where several tonnes of water were pumped out of the boat.

Prosikhin was impressed with the comeback of Charisma and his fellow Monaco-based friend Nico Poons. "It is a challenge, everyone takes risks. For example Charisma was starting centimetres from the line in the last two races. They took the challenge fully and were greatly rewarded. No one could predict after the first day that they would win this regatta. It looked like they were completely destroyed."

In the 2018 RC44 Championship, Team Nika finished just one point behind Charisma, with Igor Lah's defending champions on Team CEEREF tied on points with her, but in third on countback.

"I am a bit disappointed because we lost the whole season," said Lah. "We were sailing really well, but maybe we made two or three stupid mistakes, which happens. We have to be much much better next year. You have to be one level above everyone to be confident to have everyone behind you."

For its 2019 RC44 Championship, the fleet of one designs is set to be bolstered by two new teams when it makes its debut in Porto Montenegro next April, with the full event schedule to be announced shortly. 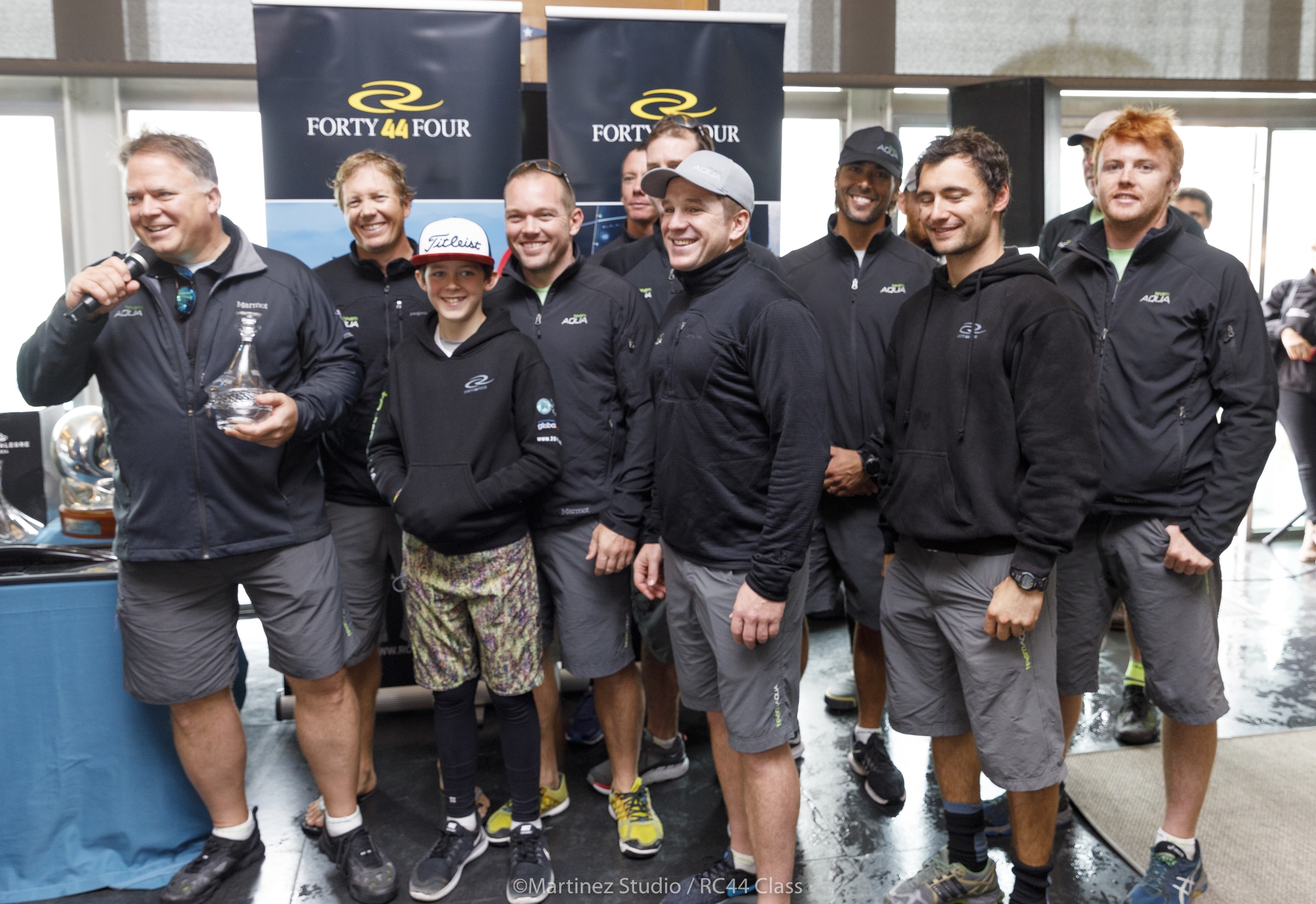 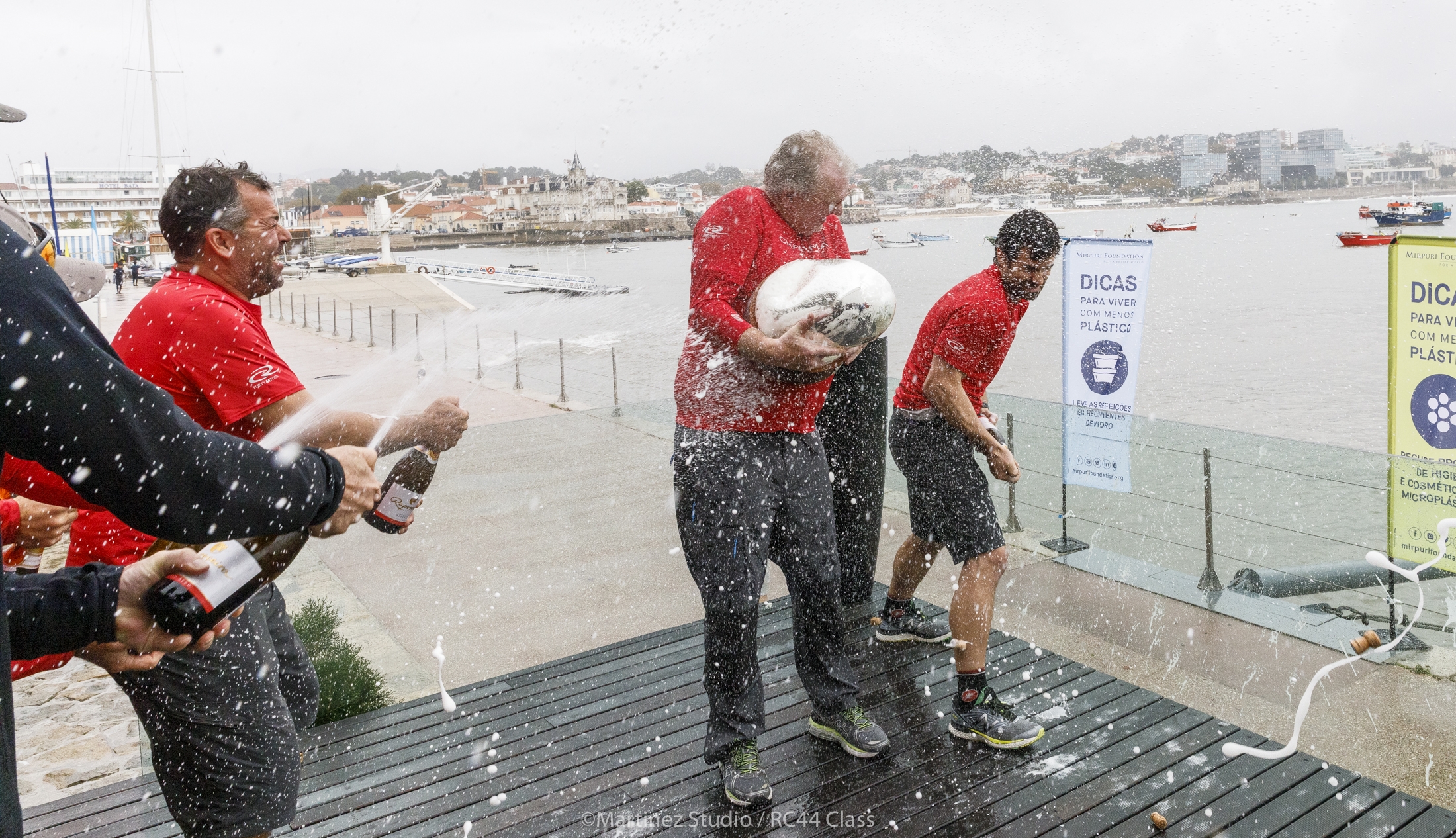