Two new teams added their names to the list of race winners today at the RC44 Portorož Cup. So far in eight races, six teams have scored bullets.

Having been briefly held ashore, the RC44 fleet ventured out of Marina Portorož into a 6-8 knot, onshore westerly and a sea state of lake-like calm, starting 40 minutes delayed.

In the first race, Chris Bake’s Team Aqua successfully repeated yesterday’s tactic of ‘owning the left’ side of the course. Once again this helped them round the top mark in first, but had Hugues Lepic’s Aleph Racing hanging on to their coattails in second. The team of the London-based Frenchman split from Team Aqua at the leeward gate and sneaked ahead up the second beat. 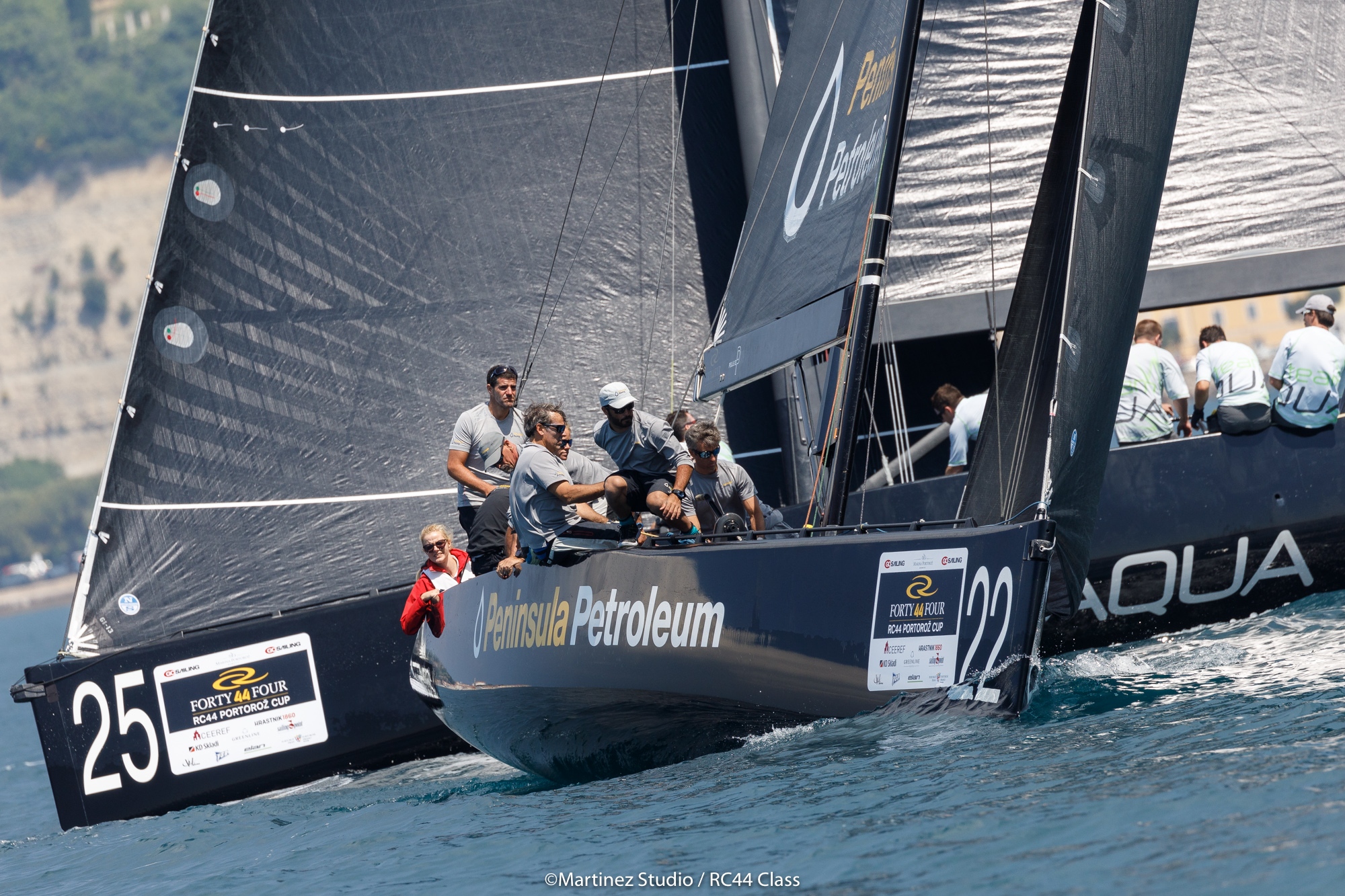 As Aleph’s Italian tactician Michele Ivaldi explained: “We had a great start, a great launch from Hugues and a great call from Greg [Gendell] on the line. We were able to sail fast in a clear lane and rounded the top mark just behind Aqua. We decided early on to take the opposite gate to Aqua and then on the second beat we got a bit of pressure inshore and could bounce them off a couple of times.” From there they hung on to secure the first race of the day.

On day one Aleph Racing had led around the top mark in two races, only to lose the lead. Lepic was pleased to reverse this: “Every bullet in this class is very welcome. It felt hard all the way to the finish line, but we are very pleased with the outcome.”

The French team’s crew is mostly new this season but is already making a great difference. “You can see by the results that it is coming together. I am very pleased with how the crew is gelling - Michele is at the top of his game as is the whole crew,” concluded Lepic.

John Bassadone and the crew of Peninsula Petroleum have been getting to know their new tactician American Ed Baird, standing in for high octane Italian Vasco Vascotto this week.

In race two, Team Aqua once again claimed the left this time with Peninsula Petroleum inside them. But, as Baird explained: “They couldn’t cross. When we tacked near layline, they matched us and from there the guys did a nice job to gain position and we led around the top mark by three lengths. Down the first run the wind was dying but at the gate we got around clean while the boats behind slowed each other down a lot.”

This enabled Peninsula Petroleum to extend and by the top mark she was 400m ahead. With the wind going light, PRO Peter Reggio had shortened the last run, but as the boats approached the finish line the wind disappeared altogether leaving kites hanging limply. Incredibly Team Aqua managed to hold the breeze for a few second longer enabling them to pull into the lead.

“How many times do you give away a 400m lead on on a 0.6nm run?” observed Baird. Eventually the front runners had to drop their kites and beat upwind to get to the line to get to the line. “The wind filled in from about 120° to the right and all of a sudden we were upwind to the finish line. We were fortunate to be just close enough to the new breeze to get moving first.” 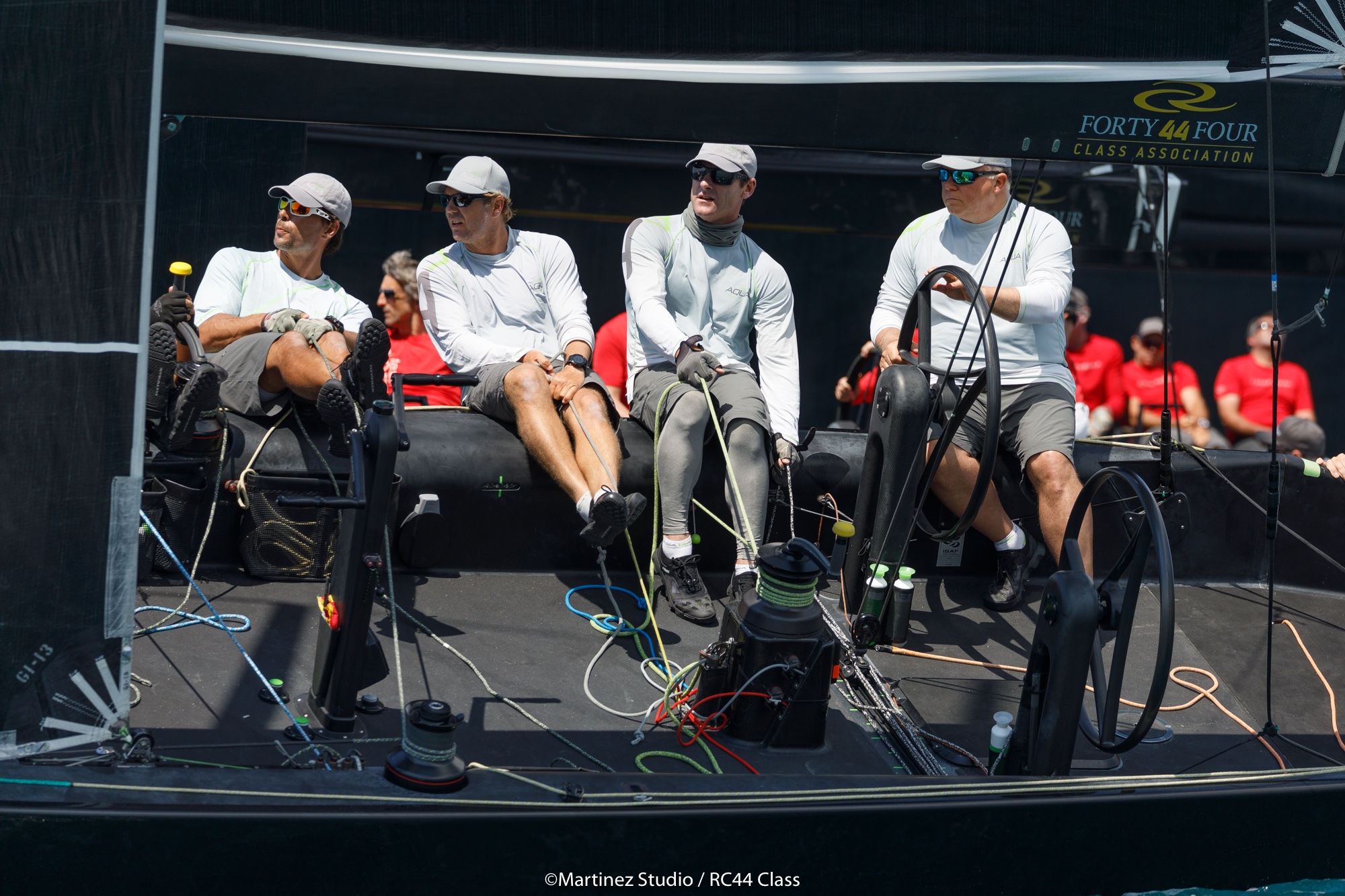 Peninsula Petroleum managed to maintain her lead, and crept across the finish line just ahead of Team Aqua. “Now it’s over it was a fantastic race, but it was pretty stressful!” admitted Bassadone. As to becoming the sixth team to win a race here, he added: “It is down to the race course a bit, but it definitely also says a lot about the quality of the fleet: There are seven boats here that can not only win races, but win regattas - and all have. You don’t get anything out here for free and that is also what makes it exciting. You are competing with the best so that when you do get a good result it feels even better.”

Ultimately Team Aqua had today’s top score - a 2-2 - while their competition, Igor Lah’s Team CEEREF, managed a 3-4. This has returned Chris Bake’s team on being tied with the local heroes – two of the oldest RC44 teams at the top going into the final day.

“We are suddenly establishing ourselves better again,” said Bake. “The boat is set up well and we are not struggling to find boat speed and with that we have got position on the course and on the mark which makes it easy.”

Racing continues tomorrow when the heavyweight bout between Teams Aqua and CEEREF will decide the winner and the remaining teams can fight it out for the final rung of the podium. 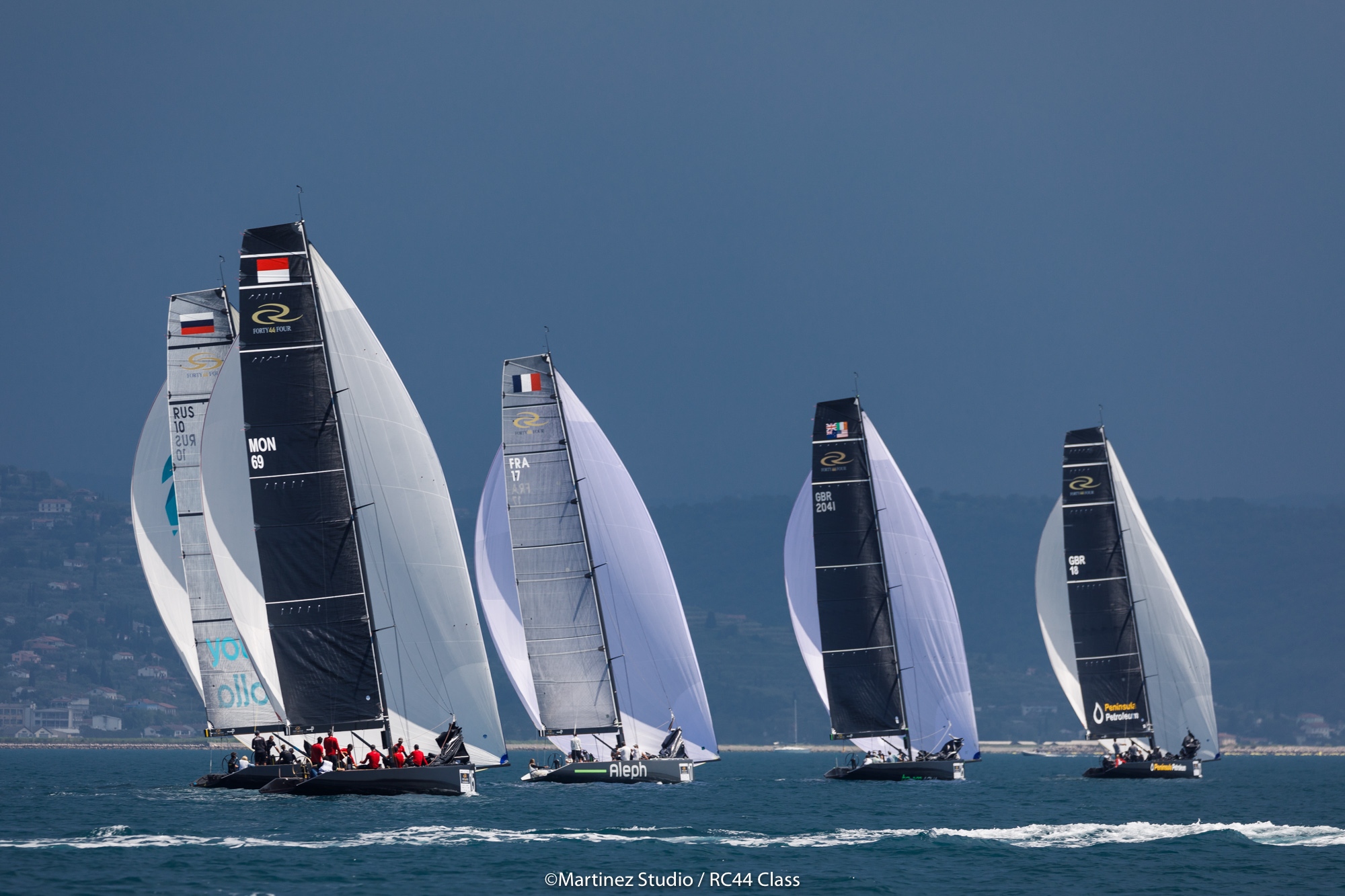