Despite performing dances for the wind gods, the breeze failed to materialise for a second consecutive day at the RC44 Calero Marinas Cup in the normally windy Canary Islands. The wind occasionally built to 6-7 knots at around 135° but would then die swinging hard left to 80°. Despite looking for every available opportunity and moving the race course, at 1430 principal race officer Peter Reggio reluctantly announced there would be no racing for the day.

“We tried, we tried and we tried, but there was no wind,” he explained.

With no racing on the final day, John Bassadone’s Peninsula Petroleum claimed this, the last event of the season. In turn this left Igor Lah’s Team CEEREF to win her second consecutive RC44 Championship. 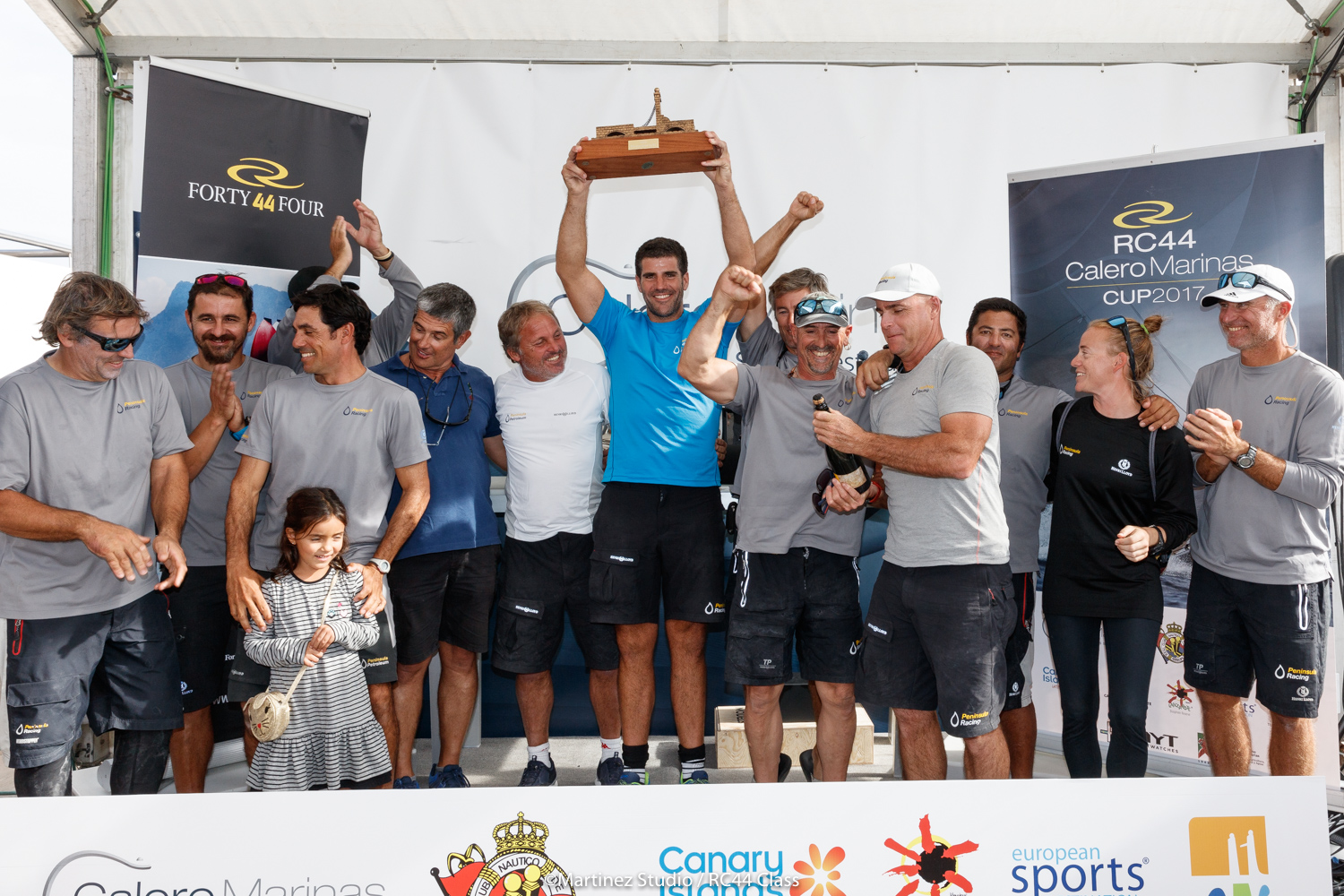 Bassadone commented: “Obviously we are very happy with the win, but not being able to sail for the last two days is a real shame. Looking at the positives - we have been sailing well this year. The guys have done a great job developing the team and improving things. It’s gone well and we are very happy. I am looking forward to coming back in a few months’ time.” Lanzarote in the Canary Islands is also due to kick off the 2018 RC44 Championship.

Bassadone congratulated his crew, including his long term Italian tactician Vasco Vascotto, and also local sailor Alfredo Morales who stood in for him on Thursday’s opening day and for race one of day two. On that second day they had won both races, results which ultimately secured victory for the Gibraltar-based team at the RC44 Calero Marinas Cup.
Bassadone thanked the Calero family, one time campaigners on the RC44 circuit and whose company owns both Puerto Calero and Marina Lanzarote in Arrecife, the latter the host venue for this year’s season-concluding event.

Of the state of the RC44 class generally, Bassadone observed: “The competition has definitely become tougher - it is a very competitive class. Now every boat has got a great crew and the real possibility of winning. There is depth all the way through which also makes it all the more special when you get a good result because it is extremely tough out there. Things are looking good for the class for the future.”

Slovenia’s Igor Lah admitted they hadn’t been ideal circumstances for him, British tactician Adrian Stead and the crew on board Team CEEREF to claim their second consecutive RC44 Championship title. “I am happy, but somehow it doesn’t feel completely right because, okay, we did our two days, but not sailing two days was a little disappointing. Obviously we are doing the right thing and with consistent crew it helps a lot and all the guys are really keen to win.”

One of the longest standing competitors in the RC44 class, Team CEEREF claimed the season’s title through consistency, despite never winning an event. Adrian Stead observed: “As we know this fleet is getting tighter and tighter and pretty much anyone can win a race or podium in a regatta.

“In Sotogrande we got quite a lot wrong, we had a reasonable bit of bad luck and some breakage, but we got that out of our system. The second event in Porto Cervo we sailed pretty well, but we knew we could do better. In Marstrand, Nika nailed it and out-sailed us - you have to count the Worlds and at the first windward mark of the last race, second to sixth places were still undecided. We were second at the Worlds there and in Cascais. We were gutted not to win in Cascais, because we’ve done 3-2-2 there. Here the wind direction has been challenging – it’s been tricky to sail the boats and read the conditions.”

At the prizegiving in Marina Lanzarote, Lah was presented with his trophy haul including his second HYT watch and a half model of Team CEEREF resplendent with her number 11 bow number. Lah observed: “Number 11 means two wins in a row and it means we started 11 years ago. Thank you all of our team.” Aside from Lah the only original member of the Team CEEREF crew is Jaro Furlani.

Racing resumes for the RC44s next February with the start of their 2018 season. 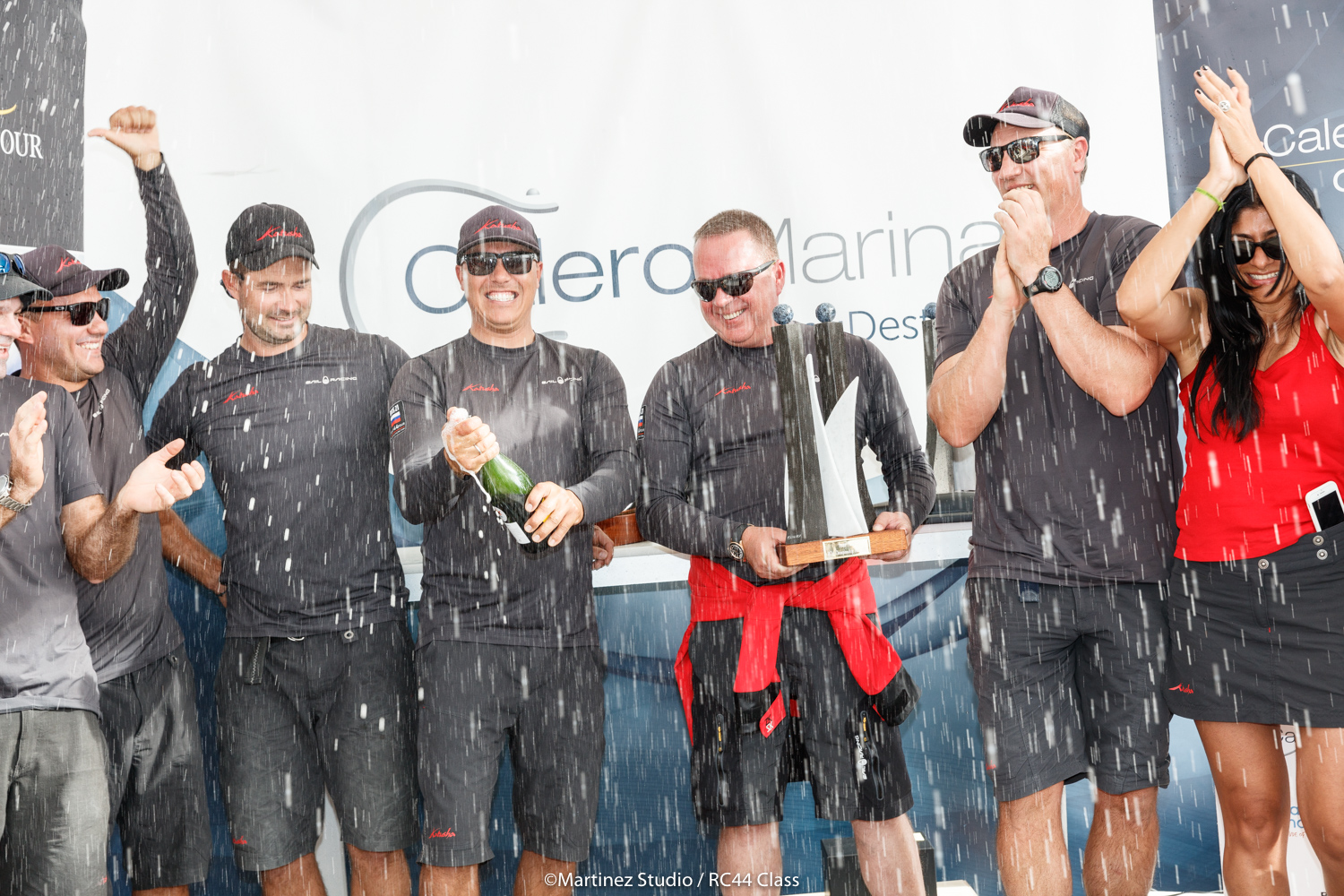 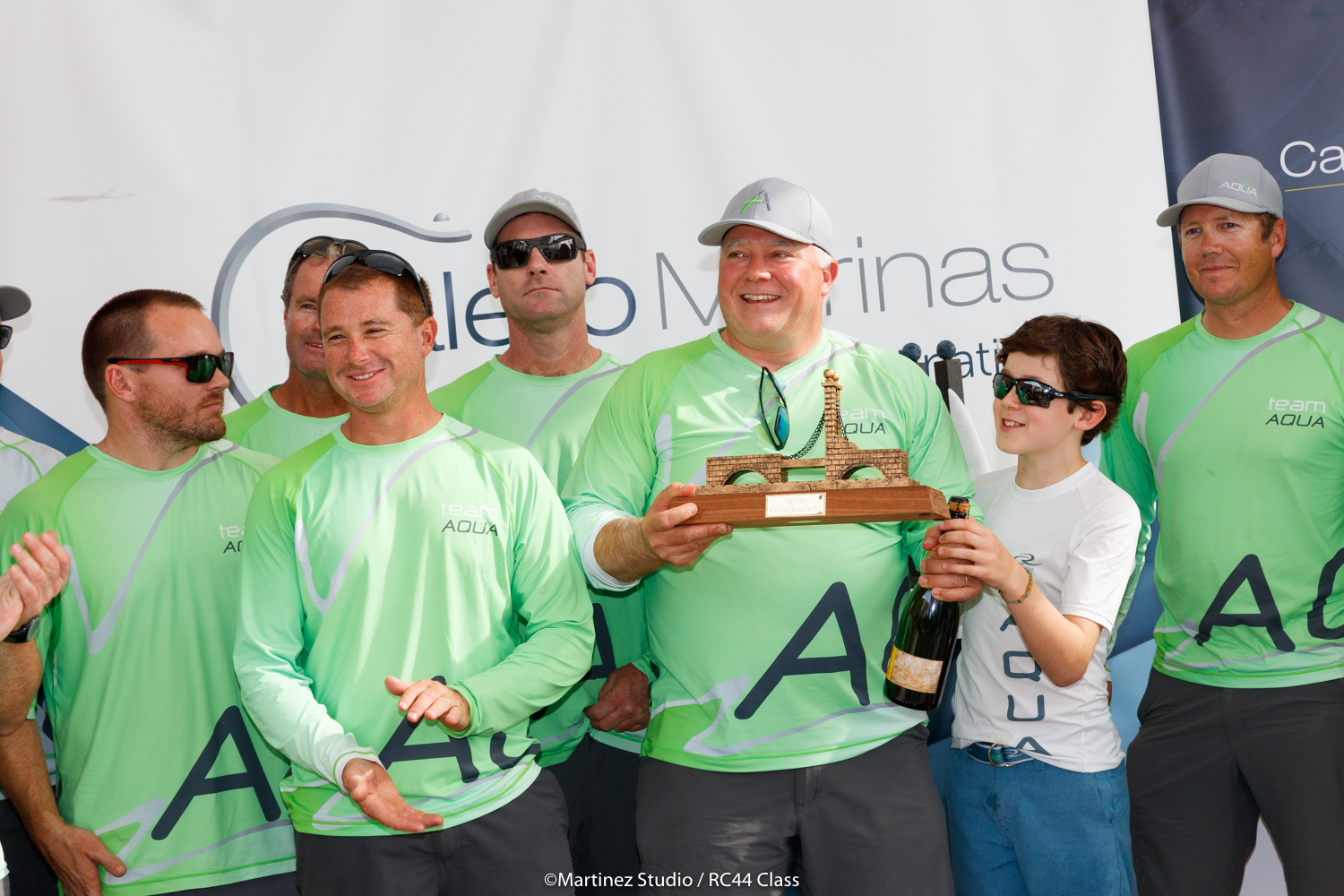 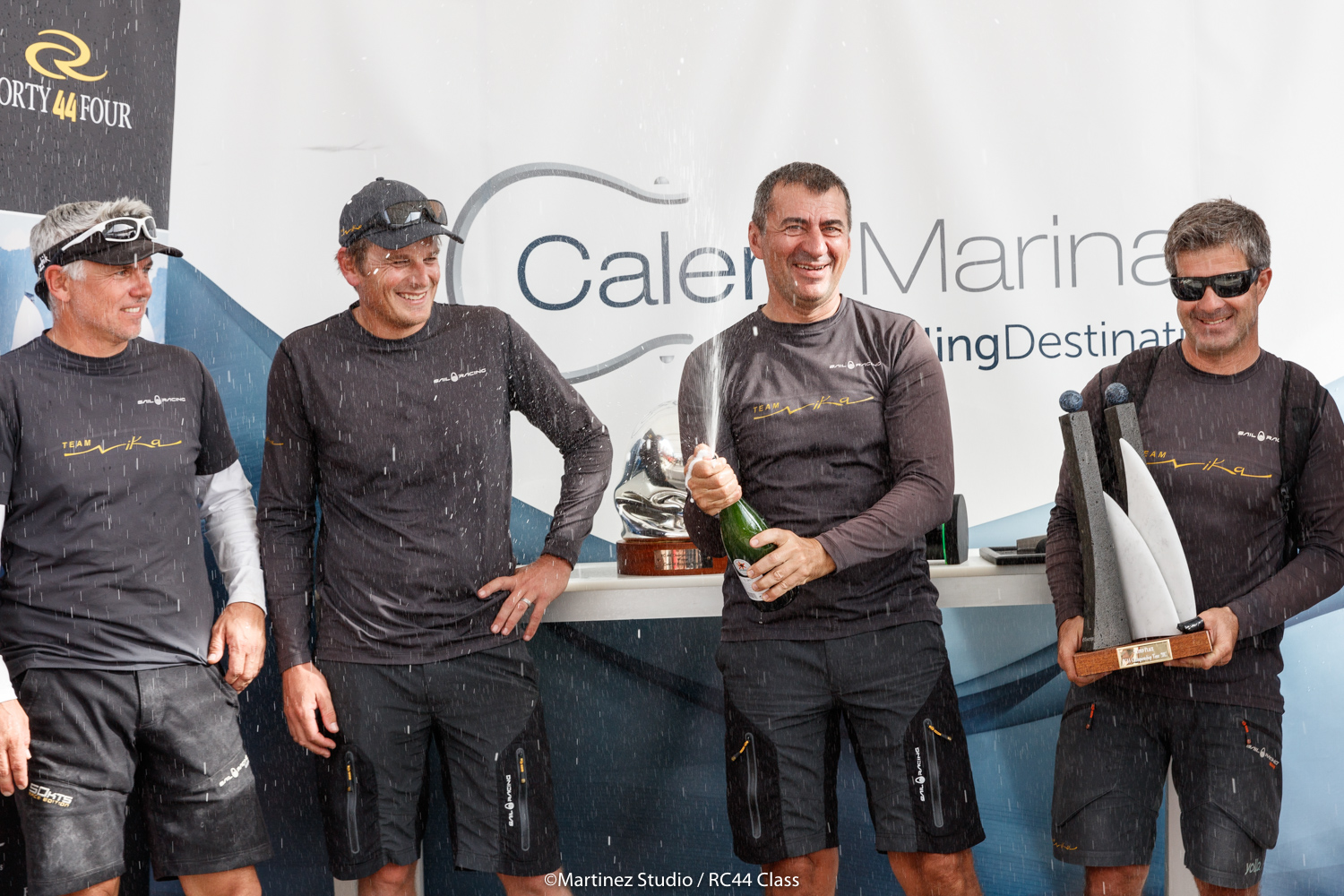