The 44Cup has long prided itself on offering the owner-drivers and tacticians as level a playing field as possible with its strict one design rule. However, the first event of 2019 takes this idea to a whole new level, as none of the sailors have any previous experience of racing in Montenegro – making it the ultimate test of the team’s skill.

Kotor Bay is about 28 kilometres long and is surrounded by two massifs of the Dinaric Alps: the Orjen mountains to the northwest, and the Lovćen mountains to the east. The narrowest section of the bay, the 2,300-metre long Verige Strait, is only 340 metres wide at its narrowest point.

With the 44Cup Porto Montenegro taking place in mid-April there are a couple of interesting scenarios that the Bay’s peculiar topography and high mountains could present:

The most likely conditions for the 44Cup will be the onshore southwesterly thermal breeze that kicks in around 11am as the land starts to warm-up. With an expected 10–12 knots coming in from the Adriatic Sea, the teams shoud experience a steady breeze and flat water. As the bay is fjord-like, with a backdrop of woodland and snow-capped mountains, the trick for the sailors will be quickly to get an understanding of the currents in the bay as the wind and water pressure, as well as fresh and salt water mixing, have a major impact on tactics.

In 2018, Piran Bayin Slovenia laid on a week of similarly light, bright, flat water conditions and an onshore breeze. With boat handling and tactics the key to success when the breeze goes light, the two most experienced teams in the fleet, Team Aqua and Team CEEREF, prevailed: Team Aqua clinching victory after Team CEEREF picked up a costly penalty that dropped her to last place in the final race.

Our prediction:Team Aqua and Team CEEREF will be the ones to watch again in Montenegro, but look out for crew changes on Team Aqua. This could give Team CEEREF the edge when it comes to boat handling in light conditions. 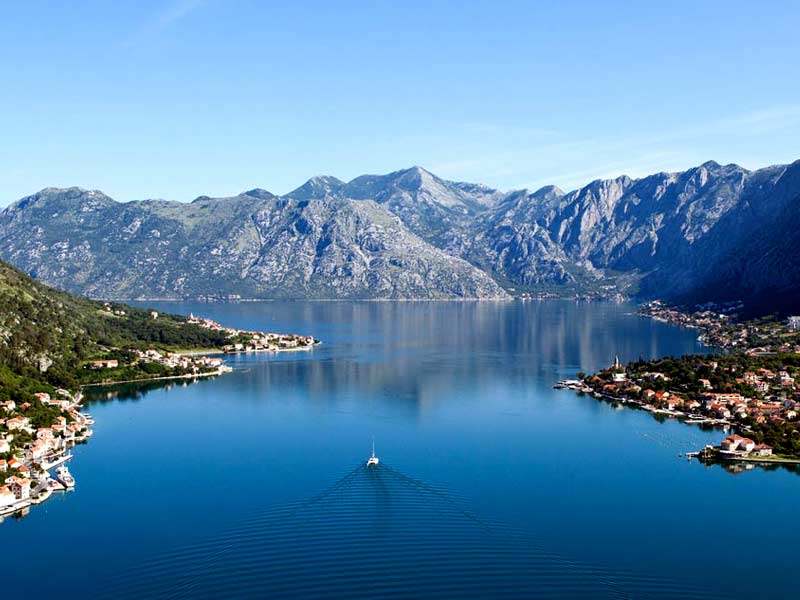 The Bora is the strong northeasterly breeze from the mountains. Strong cold windsroll down the slopes and channel through the Verige Strait, where they they are squeezed between the mountains, creating an acceleration zone bringing 20-30 knot gusts to the race course.The teams will be carefully studying the mountains as cumulus cloud build-up indicates an on-coming Bora.

Although the Bora is cold, coming down off the snow-capped Dinaric Alps, it normally accompanied by warm sunny conditions. Racing in the middle of the bay will give the fleet the steadiest breeze in these conditions, but the water mass circulation is uneven as the tides and seiches intensify over the winter months due to the freshwater inflow following rainfall.

In 2018, the strongest winds the teams experienced were at the final event of the season in Cascais, Portugal.  In winds into the mid-20s, it still proved very sailable for the one designs and their owner-driver helmsmen, and it was Monaco-based team Charisma which was victorious.

Our prediction:Charisma and close rivals Team Nika are the two which willcome to the fore when the racing conditions get big. However, some pretty major crew changes are expected on Charisma this season which could set them back from their normal winning form.

The Jugo is the southerly wind that usually is accompanied by a front when it is overcast with no onshore breeze. The wind can pick up when the fronts come across, but it is more likely to turn Kotor Bay into a mill pond.

Our prediction:We will be enjoying the hospitality of the beautiful Regent Hotel while we wait for the breeze to fill in – cheers! 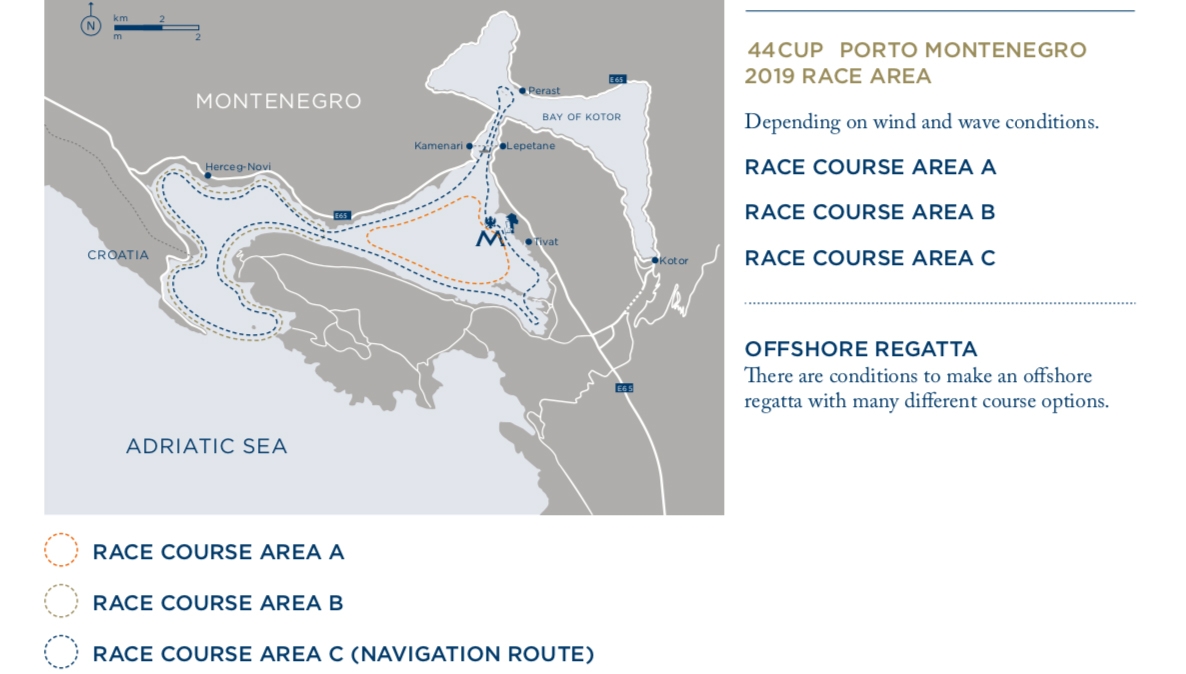