With just one day remaining of the RC44 Marstrand World Championship, can Team Nika be caught for the world title? Ask any professional sailor what hopes they have for a week of competition, and generally it's to be in with a shot at the title going into the final day. When there are at least three races remaining and all scores to count, the world title theoretically remains anybody's game. Eight of the nine competing crews still have a mathematical chance of winning, but with a 15-point advantage over the two boats in second place, Vladimir Prosikhin sits in an unusually strong position for such a competitive fleet.

Cameron Dunn, tactician on Bronenosec Sailing Team in second overall, believes the world title is gone. Team Nika has won a race on each of the three days and has been the top performing boat of each day, scoring 1,2,5 in the shifty 9 to 10 knot breeze today. "No one can catch them," said the New Zealander. "Fifteen points with three races to go? That would be impossible I would say. Nika would have to have the biggest monumental shocker, and one boat would have to win all three races. I can't see that happening. They've sailed incredibly well, so all credit to Nika." 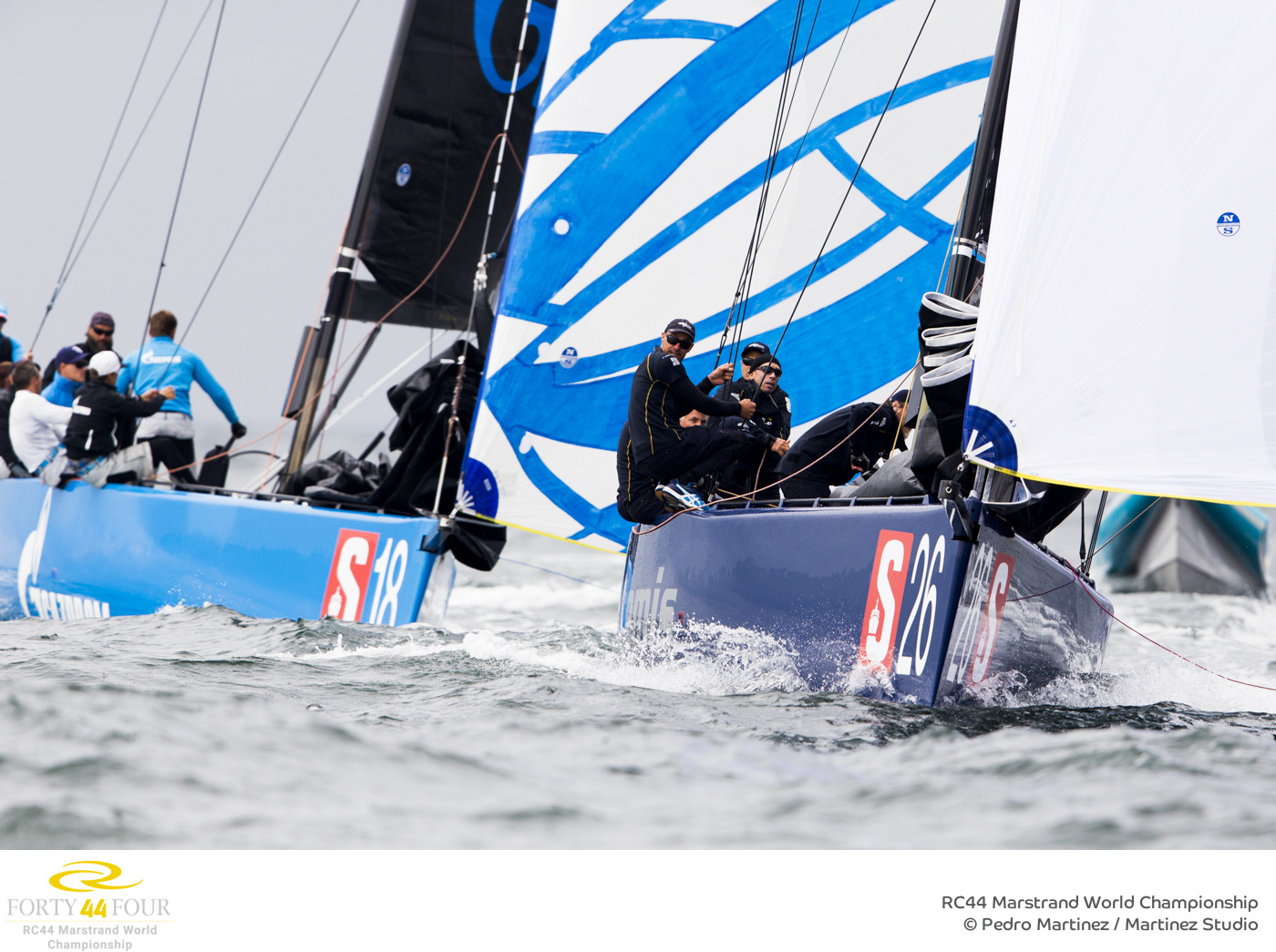 Dunn's counterpart on Team Nika, Terry Hutchinson, is having none of it. "At the Farr 40 Worlds a few weeks ago we were in this exact same spot, and we only won that regatta by two points," said the notoriously cautious and meticulous American. "We're going to keep the hammer down. Same tactics, same as any other day. Our goal today was 11 points or less, so we overachieved with just 8 points. Our goal tomorrow is 11 points or less. We have to race the thing all the way through to the finish and keep to our principles of sailing smooth and starting well, and low risk."

The only other boat to win three races this week has been Artemis Racing, although the Swedes haven't been able to match the consistency of Nika. While Francesco Bruni is often seen calling for Torbjörn Törnqvist to go for the committee boat end of the line, Nika is always a few boats along from one end of the line or the other. Nothing extreme.

The only thing extreme about Hutchinson is his obsession with playing the percentages. "Be able to start and go straight out of the line," says Hutchinson. "Aim for the low density spots." By which he means, start in the least popular parts of the line. However, even that well-laid plan can go wrong, as Hutchinson explained. "In the second race before the start we hit a wave with 14 seconds to go and that set us back. You're crabbing along at 5 knots and everyone's bow even. Suddenly you hit that one wave and the boat stops. We dropped down to 3.8 knots and we had to hang tough to hold our lane out of the start. So we did well to get back to second in that race." 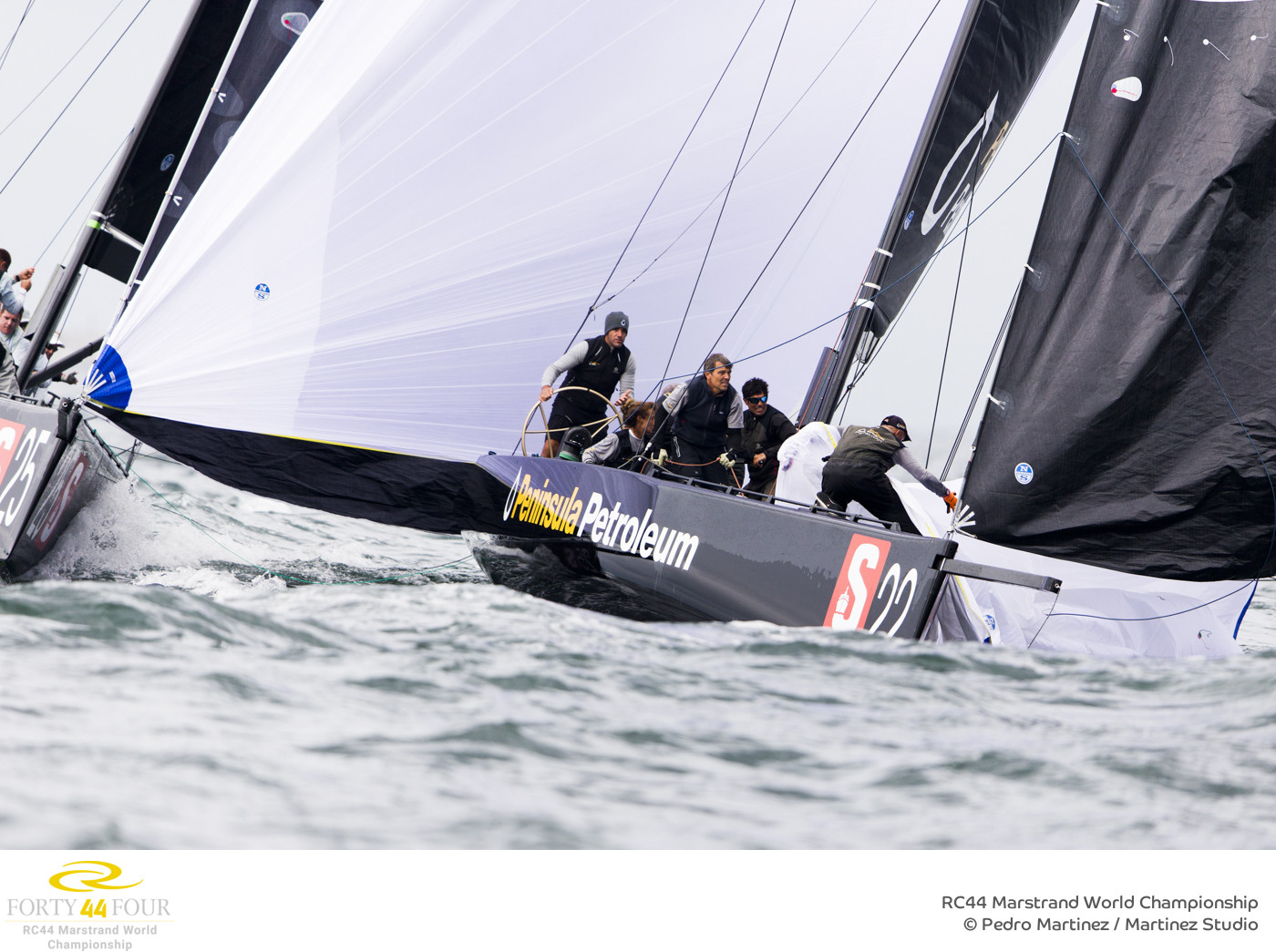 If the battle to beat Team Nika for the world title looks like mission impossible, there is everything to play for in the battle for the remaining podium. This event isn't just about winning the Worlds, it's about notching up a good score to add to the sheet for the 2017 series. Where other event scores are discardable, the result from the Worlds is not. So every team will be fighting tooth and nail on the final day. Bronenosec Sailing Team and Team CEEREF sit in second overall on 42 points while Team Aqua sits in 7th overall, just five points behind. Sandwiched in the middle are Katusha in fourth, Artemis Racing in fifth and Peninsula Petroleum in sixth.

Peninsula's helmsman John Bassadone will be disappointed to come away from this regatta in sixth place. He knows his team are capable of better. The golden wheels on his steering pedestal indicate that Peninsula has been the form boat of the 2017 season so far. "It's a lovely thing to have the golden wheels, because you know you've done something good to get them," he said. "But the only time it really counts is at the end of the season. That's the only motivation we have - to get the golden wheels and keep hold of them."

Bassadone is frustrated to have let some good scores slip between his fingers. In the second race today they were lying in the top three and briefly had a sniff of the lead when they broke to the left of the fleet on the final beat. However it was that same risky move that led to them dropping behind when the wind shifted against them, and they finished eighth. However, Peninsula also rose from fifth to second on the final run of the last race. That's how close things are in Marstrand this week. Fortunes can turn on a sixpence. "There isn't one boat out there that you think is the weak boat. There are no easy places to take. It's a testament to the strength of the class," said Bassadone. "All we can do tomorrow is go out and give it 100 per cent and hope that it's enough."

The warning signal for Race 10 is scheduled for 11.30am on Sunday, and the forecast is for sunshine and moderate breezes from the north-west. Perfect conditions for a nailbiting climax. 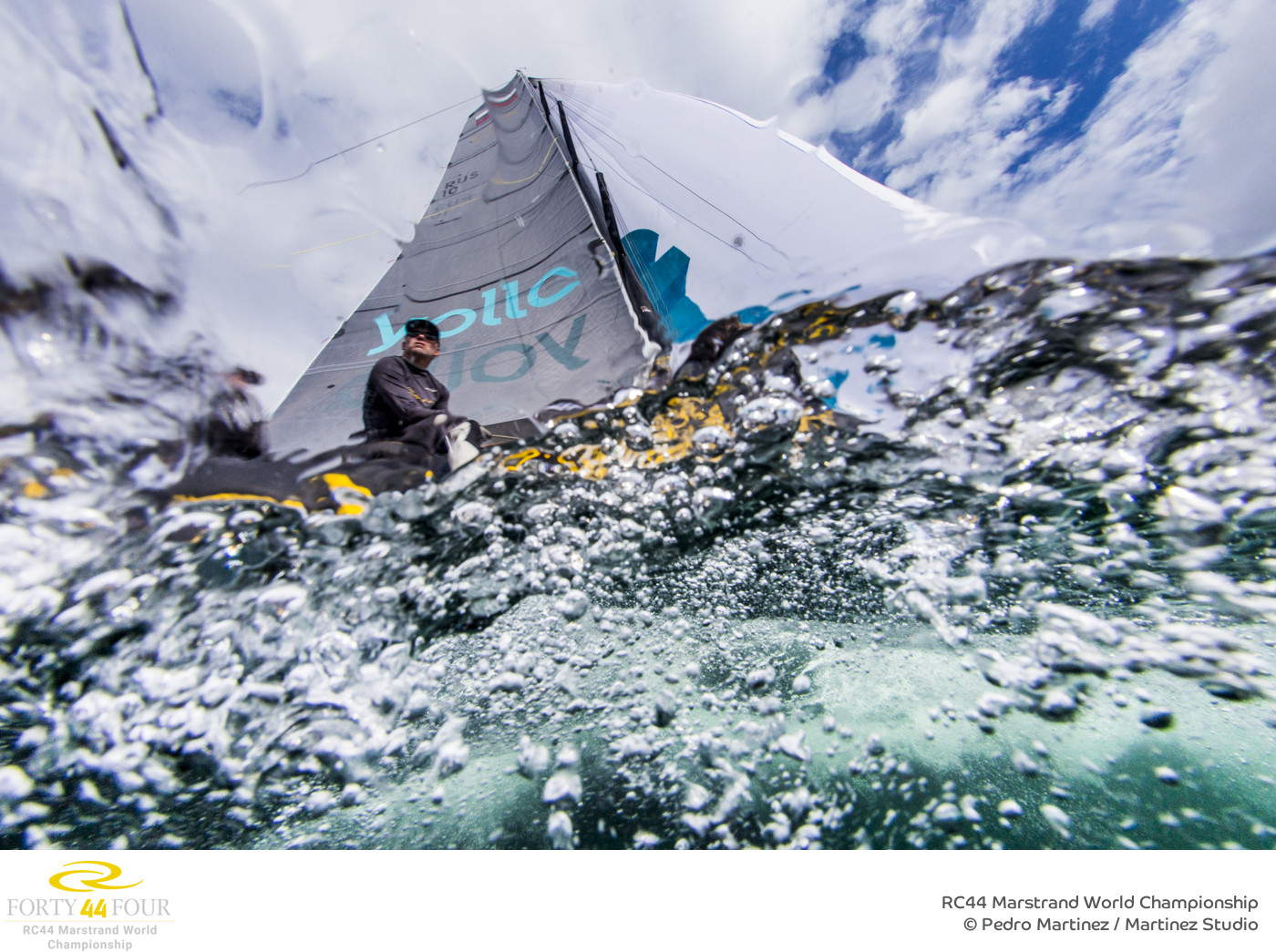 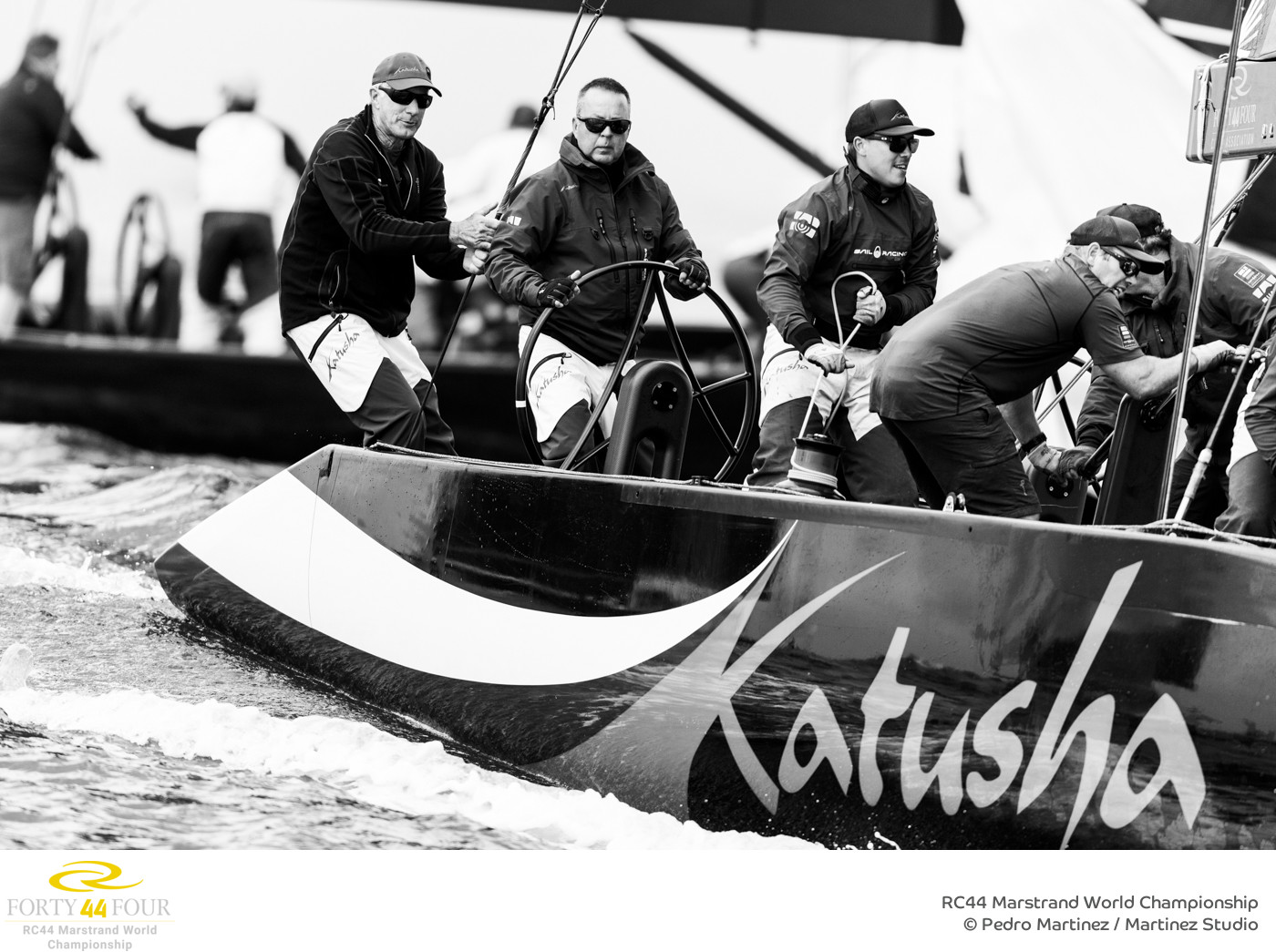