Countdown on to the 2018 RC44 World Championship

Hosted by the prestigious Club Naval de Cascais for the seventh consecutive year, the RC44 World Championship this year will be the penultimate event of the five-stop European tour for the Russell Coutts-conceived high performance owner-driver one designs.

Going into the Worlds, the RC44 rollercoaster of results continues with favorites and underdogs to be chosen from throughout the fleet as the level of competition in the field intensifies.

Winner of the opening event of the season in Lanzarote, Poons suffered a disappointing sixth-placed finish in Slovenia for event two, causing the team to drop from top of the overall leaderboard to third. Tactician Ray Davies then rectified this on the thrilling final day in Marstrand, winning event three in the last run of the last race, leapfroging Charisma to regain the overall lead going into the Worlds.

“We won by just a millimeter, so you see how close it is in this fleet,” said a beaming Poons on the dockside in Marstrand. 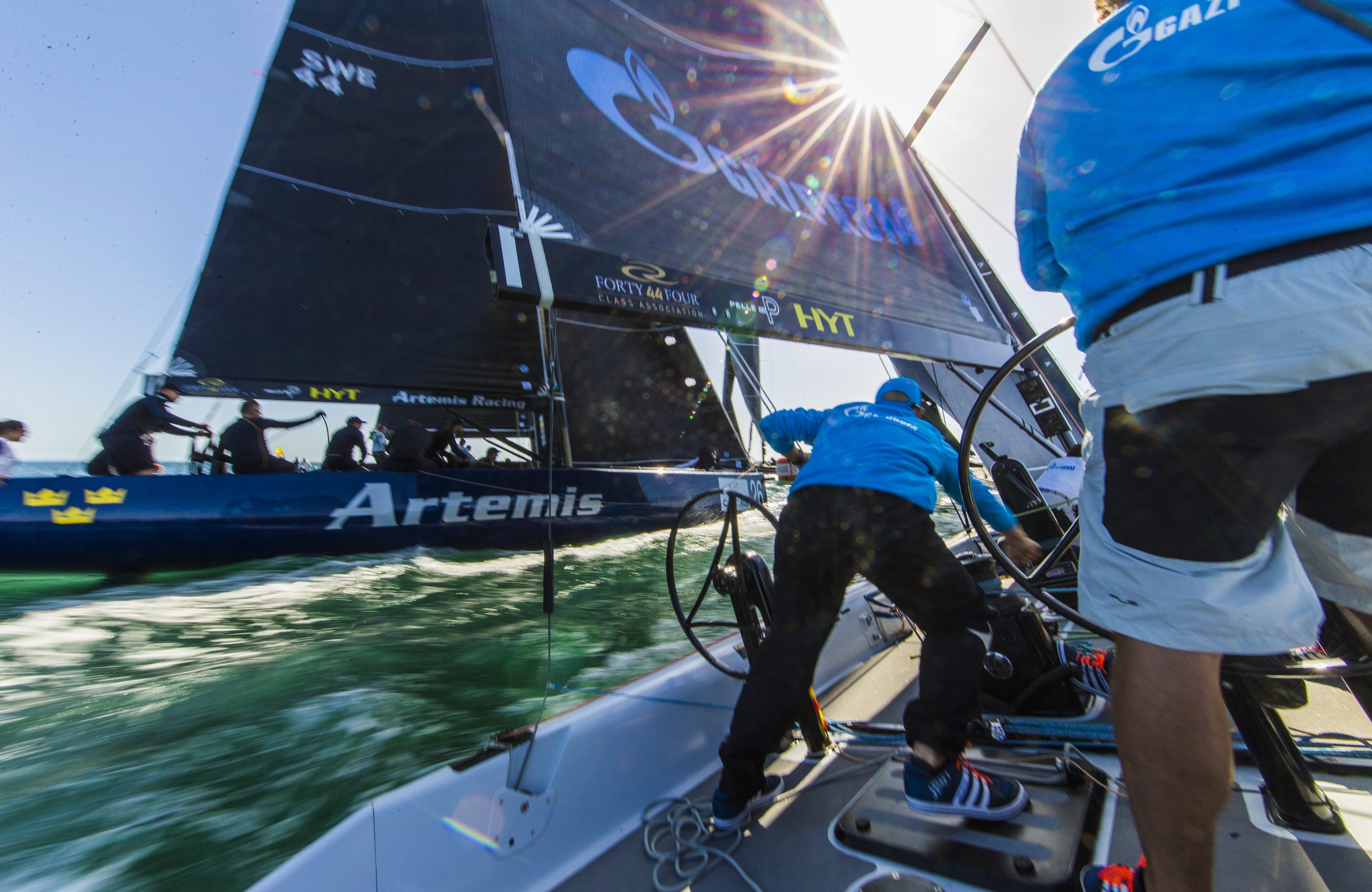 One point behind is defending Tour Champion Team CEEREF, led by the calm and collected Igor Lah with British tactician Adrian Stead. Having one of the most stable crews in the fleet over the years, it is consistency that Lah does best, rarely dropping below fourth in both the racing and regatta results.

Currently in fourth, and just one point off the podium, is last year’s World Champion Team Nika. Like Charisma, the Russian team has been riding the results rollercoaster with a 2,7,3 score line this season and Vladimir Prosikhin with tactician Dean Barker will have to make sure they are at the top of their game if they are to do well in Cascais.

“The great thing about this class is you have eight boats and all of them have the ability to win the Worlds,” explains Michele Ivaldi, tactician for Hugues Lepic’s Aleph Racing.“At any given time anyone can win a race, but you can also just as quickly be last. Normally all the RC44s are very high scoring - the trick is to be consistent. If you can be in the top three or four all the time, you will win the event. That’s not easy racing against this calibre of sailors.”

A world-renowned sailing hub, Cascais is known for its significant breeze. Situated on the west coast of Portugal, the venue can be expected to present the teams with the complete range of Atlantic Ocean weather conditions to navigate.

“We are expecting the strong northwesterly, big waves and super fun racing. The aim for the week will be to gear up and try to keep up with the oceanic conditions,” Ivaldi adds.

While the current season’s championship frontrunners may be favourites, there’s stiff competition close behind. In Cascais Team Aqua will be looking to repeat her performance at the RC44 Portoroz Cup in May, which she won.

Peninsula Petroleum will be pushing to improve on their sixth place overall. Meanwhile Aleph Racing and Bronenosec Sailing Team are playing catch-up after returning to the fleet with new crews at the start of the season.

Ivaldi summarised: “We are seeing improvements at each event. As we have a relatively new team, Cascais will be tough for us if we have the big conditions we are all expecting, but we have two days to practice and we have the talent on board to do it,”

The 2018 RC44 World Championship runs from 27th– 30thSeptember with live coverage each day.