Charisma strides ahead after challenging day

A North Atlantic cold front, threatening to wreak havoc over Lanzarote, provided Solent-like conditions for the opening race on day three of the RC44 Calero Marinas Cup, the first event of the 2018 RC44 championship. Fortunately, once the front had passed, the wind veered back into the south, the sun came out allowing crews to enjoy another memorable afternoon of racing their Russell Coutts-inspired high performance one designs.

Today’s first race was especially tough for tacticians as the offshore west-northwesterly wind created the snakes and ladders conditions. Initially these smiled upon John Bassadone’s Peninsula Petroleum enabling the Gibraltarian team to lead at the first weather mark rounding. However Vladimir Prosikhin’s Team Nika had edged in front by the leeward gate – a superb recovery after being called over early at the start. By the second top mark she had extended her lead. 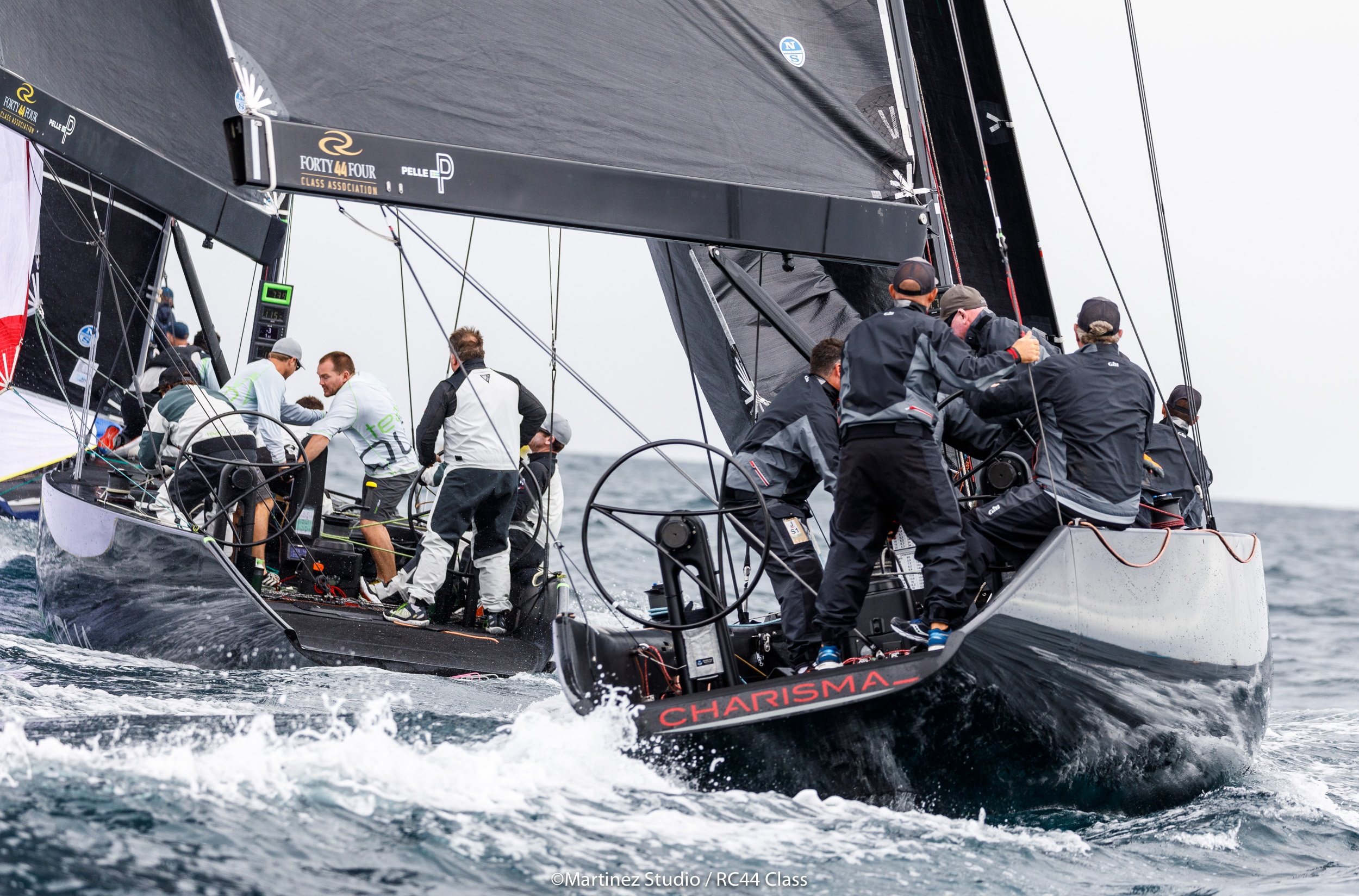 Going on to the final run the whole fleet gybed with the exception of Igor Lah’s Team CEEREF which held on starboard. Impressively this coincided with a massive left shift. Having rounded the top mark fourth, the Slovenian team laid the finish without gybing, eventually crossing under jib to take their first win of the RC44 Calero Marinas Cup.

“We came around and it felt like it was still slightly long on starboard,” observed Team CEEREF’s tactician Adrian Stead. “That side of the beat had more left and it kept going and once it kept going there was no point in gybing. To be fair the wind was 310° up the first beat and we finished in a 200° and there were so big holes in it too. So we’ll take that win – we’re not proud!”

Skipper Igor Lah mused: “Sometimes you lose, sometime you gain. We had some bad luck before, so we are gaining something back. We could do even better, but that is reality and tomorrow is another day.”

From the second race on, conditions improved with the sun coming out and the wind and sea state moderating. Back in her 2017 championship winner form, Team CEEREF led at the top mark rounding but suffered from some boat handling issues that preventing her from gybing on the run. This allowed Nico Poons’ Charisma to take over the lead, ahead at the leeward gate and hanging for the remainder of the race with Team Nika gaining second place from the Jim Richardson-steered Aleph Racing in third.

With conditions going light for race three, Team Aqua, Aleph and CEEREF were over early and were forced to restart. Torbjörn Törnqvist’s Artemis Racing made the best of the tricky conditions on the first beat reaching the weather mark first. The Swedish America’s Cup team then defended well to secure its third bullet of the RC44 Calero Marinas Cup. 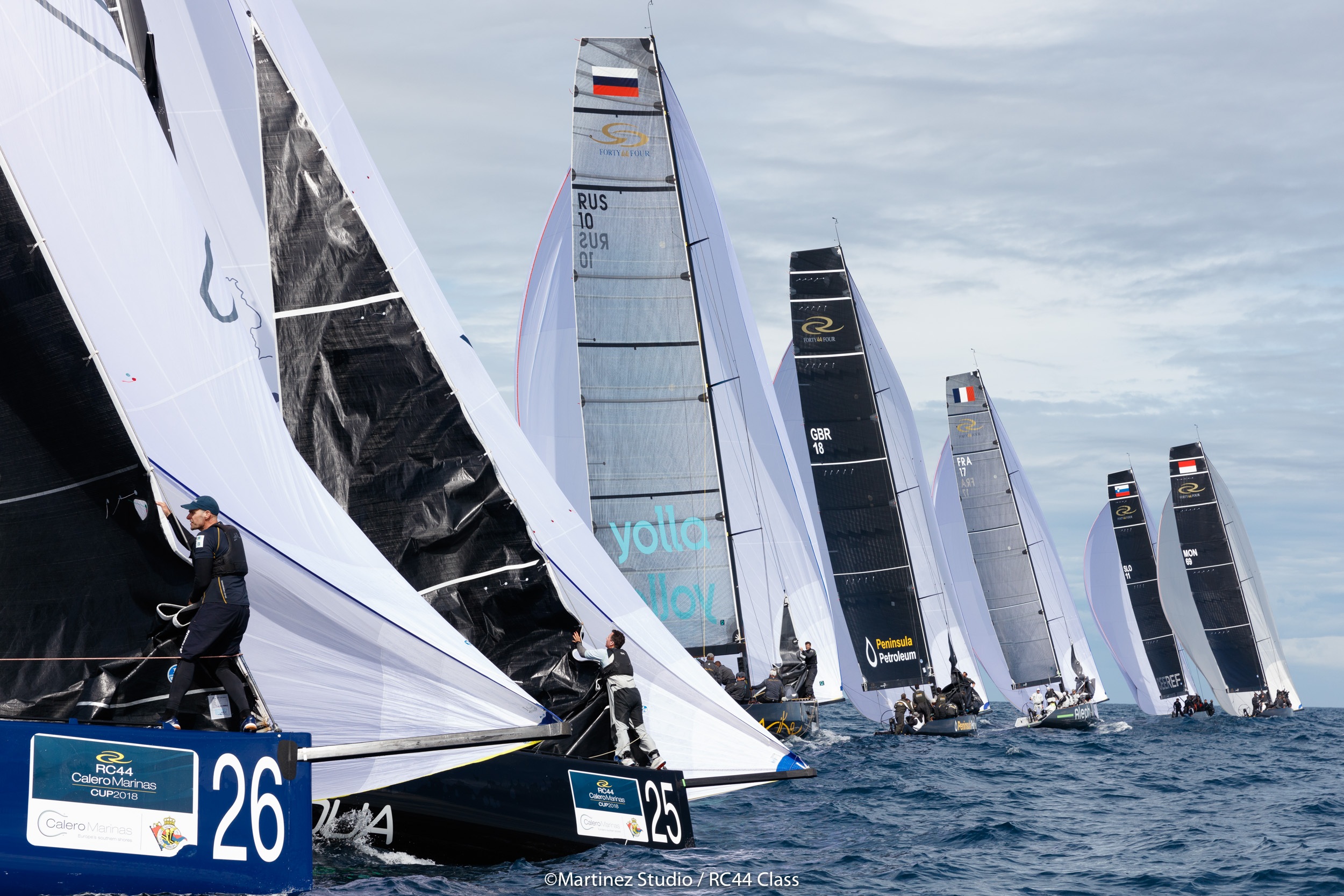 Star performer of the day was Charisma posting a 2-1-3. This was just one point better than Team CEEREF, which is strongly on the ascent. However thanks to their solid start to the regatta, Nico Poons’ team now holds a five point lead. Poons commented: “It is easy to make mistakes and the racing is so close that a small mistake can be quite disastrous. I have to keep up the concentration which is hard when it’s choppy and there’s no pressure. It is just about keeping up with it.”

Charisma’s America’s Cup tactician Ray Davies added: “It was a good day today. The whole team sailed really well. Our crew work feels like the best it's been - our mark roundings were really good and we got off the start line nicely. We got a real nice start in the last race on port tack and snuck through. We had a huge lead just after the start but then the whole breeze rotated left and we ended up third. But again, it was real nice consistency and it is really about consistency in this fleet. Luigi [PRO Peter Reggio] did a really good job of getting three fair races in. It is nice to be in this position going into the last day with a chance of winning it. We need a nice clear day tomorrow.”

Charisma holds a five points advantage over Team Nika, with Artemis Racing a further three points back going into the final day of racing. Three more races are scheduled for tomorrow, with a first warning signal scheduled for 1130 UTC.