Winning two out of today's three races made Vladimir Liubomirov and Kirill Frolov's Bronenosec Sailing Team the stand-out performer on day one of the RC44 World Championship. With winds starting at 12 knots and building into the high teens, plus flat water and shorts and T-shirt temperatures, Cascais laid on tourist board-approved conditions. However these only materialised mid-afternoon, after wise instructions to wait ashore by PRO Peter Reggio and the race management team from the Real Club Nautico de Cascais.

The first race was decided on the first run. Vladimir Prosikhin's Team Nika was technically first coming into the top mark, but had Bronenosec Sailing Team outside her with better pace. On the run Bronenosec bravely held on starboard, as the rest of the fleet gybed, and found herself clear ahead by the time she came into cross Team Nika. From there she was never challenged. 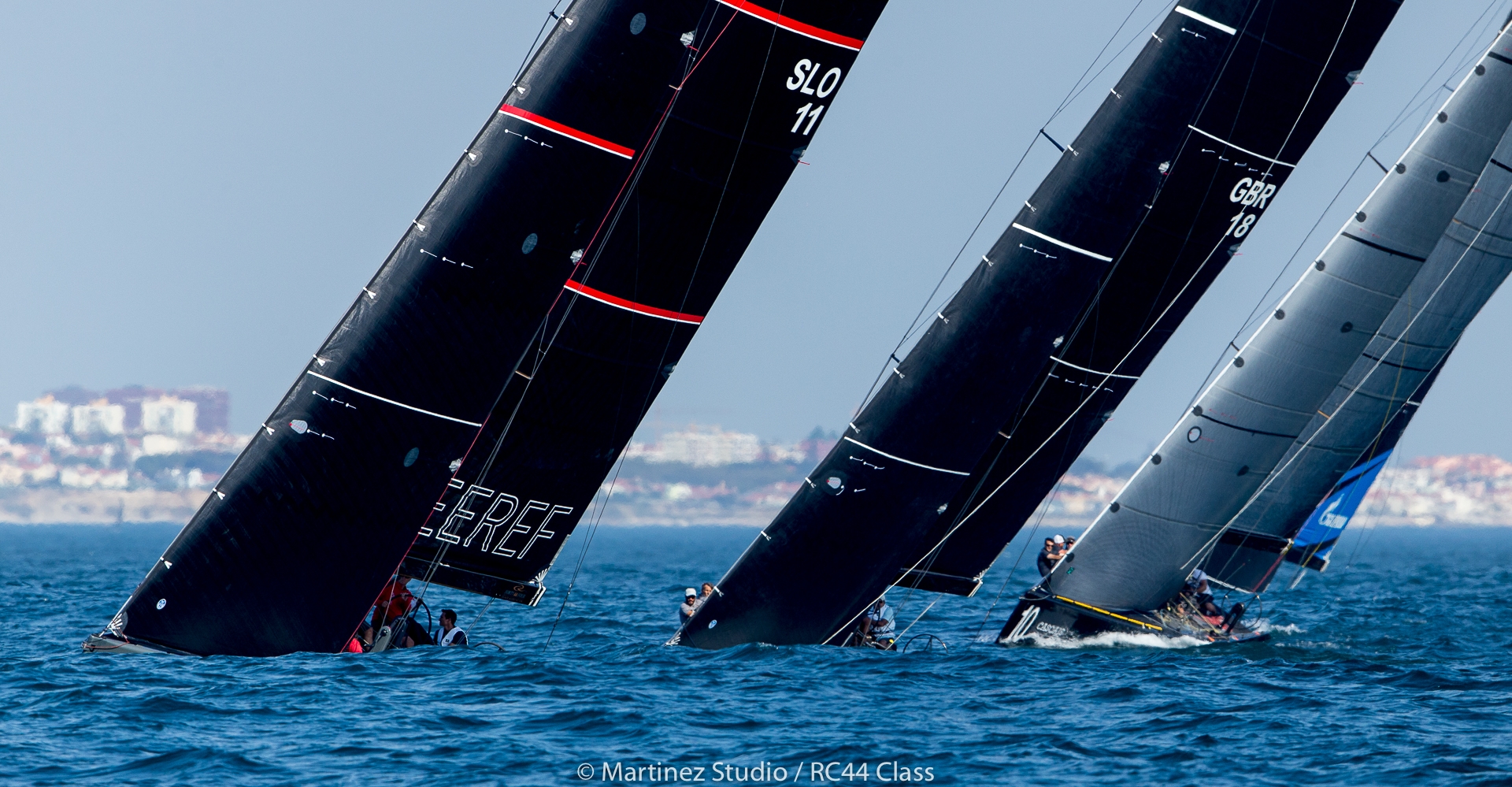 In race two there were some start line antics with Peninsula Petroleum performing a late duck down to win the pin. Meanwhile Igor Lah's Team CEEREF started strongly midline and benefitted from being in the second wave to head out to the right. This enabled them to lead around the top mark ahead of John Bassadone's Peninsula Petroleum. With the breeze building to its afternoon peak in this race, the Slovenian 2017 RC44 Championship Tour winners managed to stay in front for the remainder of the race.

"The first one was warming-up - nothing worked in that one," said Igor Lah. "In the second– it was a normal race for us! It was great today. The wind picked up, so it was nice. I am looking forward to tomorrow."

Team CEEREF, on which Britain's Adrian Stead calls tactics, tried to continue her success in race three, hitting the left side on the first beat hard, then tacking on to port and bravely crossing ahead of several starboard tackers. However Bronenosec Sailing Team had shown equal commitment to the right side where favourable current by the shore, combined with a favourable 10° shift on the layline, propelled them into an unassailable lead. "We had a lot of leverage on the fleet because we'd tacked early and the other guys held on starboard for a long time," explained Bronenosec's tactician, New Zealander Cameron Dunn.

Dunn felt they had got off to a good start to their World Championship: "The first day for us was fantastic - you can't complain with two firsts and a fifth! Even the fifth we were really happy with because we'd been battling between fifth and eighth all the way around the course. Then, in the last race, we had a glamour one." Today's result was even more of a surprise since the Russian team, while a long-standing RC44 competitor, missed the first two events of this season. Part of the reason for their success, said Dunn, is that they have the same crew as last season, while Frolov has much experience racing smaller sportsboats.

Frolov was also delighted by their performance. "It was a good start, but then we did what we wanted to do and went the right way – the right side was better for us. Then after the first mark we tried to control it," he said of their definitive final race victory. "But now we need to make better starts. We are not being aggressive enough."

Nonetheless Bronenosec Sailing Team's performance today has left them with a, by RC44 standards, commanding four point lead over Charisma and Team Nika at the end of day one.

Defending RC44 World Champion, Team Nika's Vladimir Proshikin seemed to be doing well at the weather mark today, only to lose places downwind. Her skipper agreed: "Upwind we are usually fast and high and I am quite happy. Downwind we are losing. We experimented with the gennaker and my feeling is that it's not right. We were losing to boats on the right and the left and people were stretching the gap. We have to work on that. Otherwise I am happy. It was a very enjoyable day."

Nico Poons' Charisma were the 'come-back kids' of the day. Having been locked out at the start in the second race they fought back to finish third, while their best result was an equally hard-earned second in the final race when they fought back from sixth at the first top mark rounding.

With two points separating second to fifth places, it remains ultra-tight in the high performance owner-driver RC44 class, with a brisk forecast tomorrow set to provide an even greater test for the teams. As Cameron Dunn observed: "So far so good – but we'll see tomorrow, when it could be up into the low 20s. That'll be another kettle of fish." 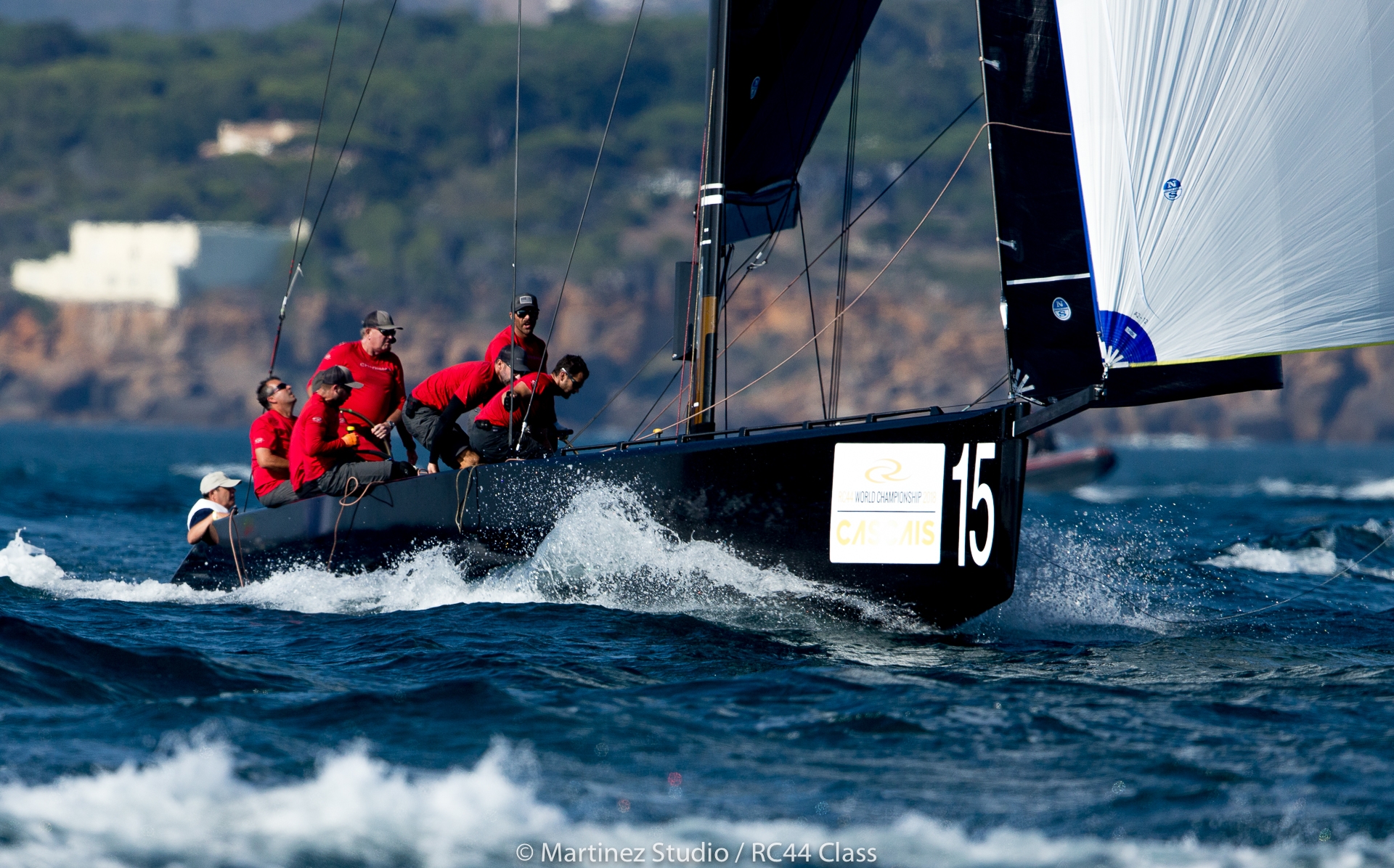