Having tried out the 44Cup in Marstrand in 2018, enjoying their first full season on the high performance one design monohull circuit this year is Pavel Kuznetsov’s Tavatuy Sailing Team.

While there are at present two other Russian 44Cup teams, on board Team Nika owner Vladimir Prosikhin is one of just two Russians among the crew while on Bronenosec Sailing, there is a Kiwi tactician and Italian pitman. In comparison Tavatuy Sailing Team’s crew is 100% Russian. In the past this might have seemed to be a disadvantage, however over the years so much Russian skill and knowledge has been acquired through successful, winning campaigns such as Bronenosec Sailing and Synergy, that the pool of experienced Russian RC44 sailors today is extensive. Many of the sailors on board Tavatuy Sailing Team for example, including tactician Evgeny Neugodnikov, Russia’s leading match racing skipper, were part of the Synergy campaign. And the prospect of Tavatuy Sailing Team getting to the top of the pile soon in the 44Cup is a very real one. The team comes to the circuit having won back to back World Championship titles against international crews in the highly competitive Melges 32 class. 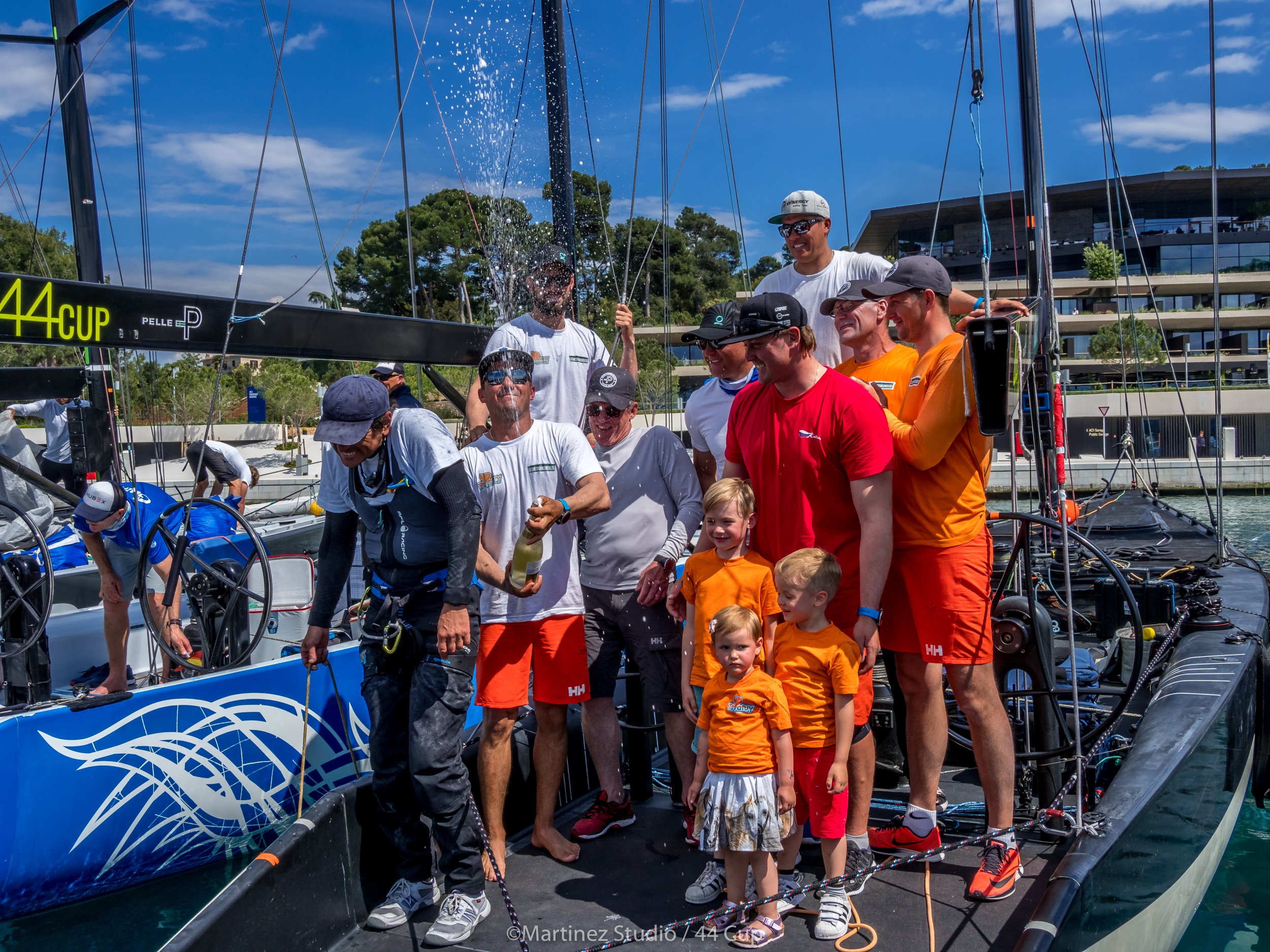 Key to the Tavatuy Sailing Team campaign are certainly Neugodnikov and her ambitious owner Kuznetsov, but also Ekaterinburg, from where they both come. Located some 1700km west of Moscow in the Ural district, on the Asian side of the border between Asia and Europe, this the fourth largest city in Russia and traditionally one of its economic powerhouses, the home of its heavy industry during the Soviet era.

Yet also here, almost as far from the open ocean as it is possible to be, is Komatec, a sailing club located on the shore of the Verkh-Isetskiy lake on the River Iset. It was at this club that Neugodnikov cut his teeth as a sailor as did many of the crew in his subsequent match racing team. For match racing runs in Komatec’s DNA. It has held the annual Yava Trophy, one of Russia’s leading match racing events since 1991 (aside from a brief hiatus when the event moved to Moscow for two years). It also hosted the ISAF Match Racing World Championship in 2004 when it was won by Peninsula Petroleum's tactican Ed Baird, an event with an all-star line-up in which Neugodnikov finished fourth.

For Pavel Kuznetsov, his interest in sailing began around 15 years ago. “When my business started to go well, I started looking for some hobbies,” he explains. “First I tried diving and paragliding, wakeboarding – another was sailing.” His initial experiences out on the water were also at Komatec, but he only hooked up with Neugodnikov when he was invited to the Cote d’Azur to sail with a friend in the Rolex Giraglia. Teaming up with Neugodnikov, Kuznetsov acquired the X-35 Symphony. Aboard this they campaigned the Rolex Giraglia for the next three seasons, with some success, winning the inshore races and even coming out on top in the Giraglia’s hotly competitive offshore race in ORC overall in 2013.

Neugodnikov recalls: “Over the winter I sat down with Pavel and he asked me where we could go forward. He likes extreme things. In winter he goes on snow mobiles in Siberia and a lot of places in Russia.”

Looking to progress they formed Tavatuy Sailing Team, named after a lake some 50km north of Ekaterinburg where Kuznetsov has some land and where he has since established Tavatuy Yacht Club.

Moving on from the X-35, they bought a Melges 32 in 2014. After three seasons aboard this, learning the ropes and improving their results, they finally won the Melges 32 World Championship in 2017 and just to demonstrate their mastery of the boat, repeated this feat the following year.

Then again last year, Kuznetsov and Neugodnikov had the conversation about where they might move on to next. Kuznetsov explains: “We did very well in the Melges 32, but everything should grow. That’s what I’ve done with my business and I use this principle in my life.”

Neugodnikov continues: “We were looking for something new to do and a new boat. We analysed what was happening elsewhere, because there was also the Melges 40, but there were some problems with it and the price. We needed something that was simple and we knew this class and entry to this class was much cheaper than the Melges 40 because there are some good used boats, so you don’t need to pay a lot for entry.”

The crew from the Melges 32 almost all migrated across save for a trimmer and one of the grinders. Their crew almost all at one time or another sailed on the Synergy TP52, which Neugodnikov himself helmed the Russian boat to third place in the 2010 TP52 World Championship. In fact only one of the crew hadn’t sailed the RC44 before this season – offside trimmer Maxim Sheremetyev, who represented Russia twice in the Olympic Games in the 470.

For Kuznetsov, moving from the Melges 32 to the RC44 has presented some physical changes, notably steering with wheels rather a tiller, however they have been minor hurdles he maintains:: “The main things are the same, although there are some smaller things to adjust. It isn’t a big problem changing from one boat to the other. I’m loving the RC44. It is the best boat in the world.”

While there are Russians in the fleet, notably two other owners, Kuznetsov says he very much likes the international competition he gets in the 44Cup, including the other owners, and getting to race against many of the top sailors and tacticians from across the globe.

Neugodnikov is also a big fan of the boat and the racing on offer at the 44Cup: “It requires you to sail smarter and your reactions have to be much faster. You pay a lot if you make a mistake because everyone is very close. You think they are far away, but they can get a small puff and you can lose places. Also the specification of these boats – you have things like the trim tab which help you come up to windward, so you have to look at the angles and laylines can be very different. And the speed - in six knots you are going 7.5, which is great. In five knots you can sail well. It is amazing - I like it.”

Already Tavatuy Sailing Team has been making waves in the 44Cup. It took them three years to come out on top in the Melges 32. One wonders how long it will be in the 44Cup. At the first in Porto Montenegro they finish fifth of nine boats. However at the Adris 44Cup Rovinj last month they were less successful overall, but in the last race scored their first race win. 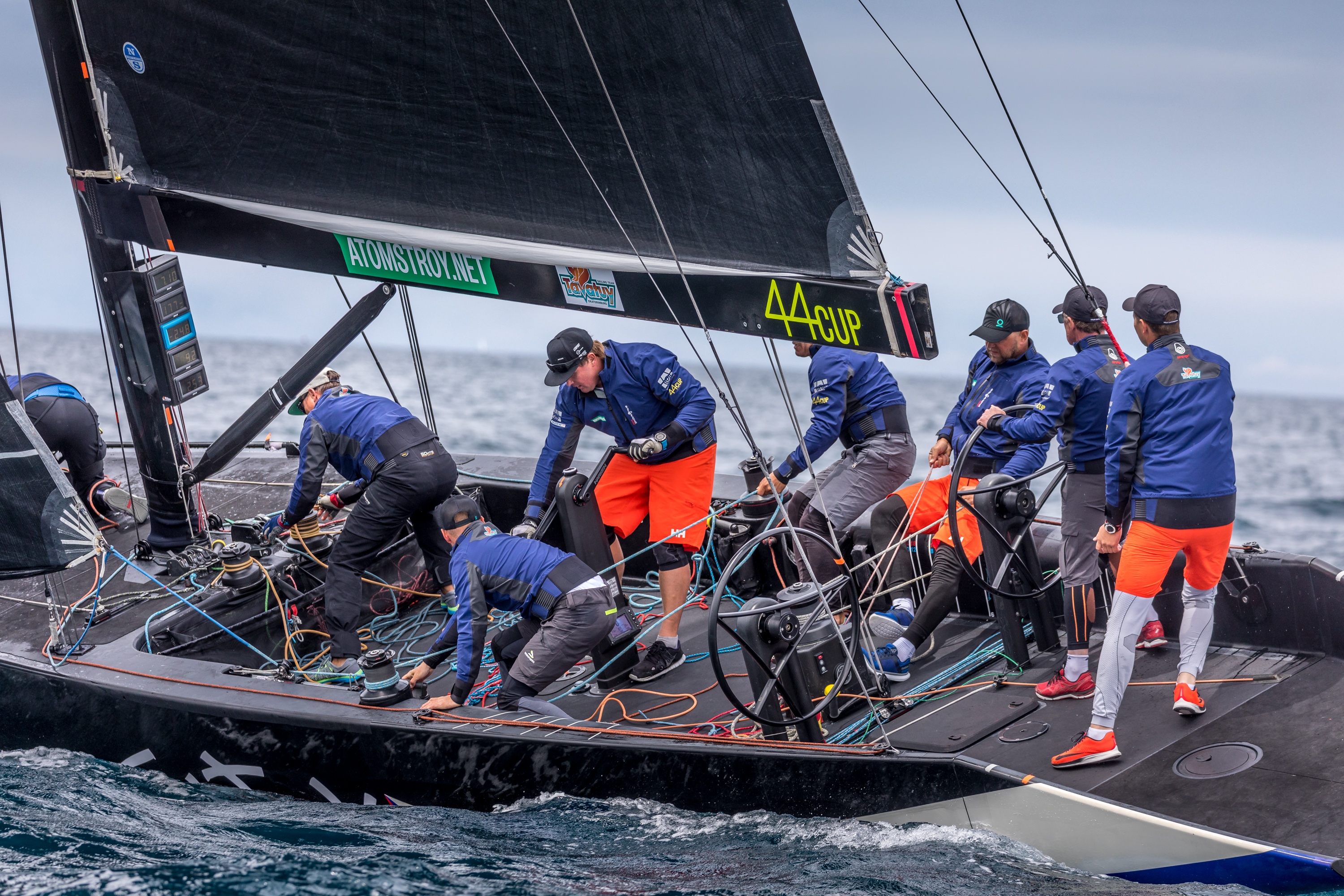