All is set for another classic four days in Marstrand

The RC44 class of high-performance monohulls is ready for what promises to be another classic round of hotly-contested one-design racing in the beautiful surrounds of the Swedish resort of Marstrand.

With a fine weather forecast and good wind conditions predicted for the four days of racing that starts tomorrow, the nine crews are looking forward to renewing rivalries after two successful opening regattas of the 2018 season at Lanzarote and in Slovenia.

The top boat over the season so far, in the world's premier owner-driver series, is Igor Lah's Team CEEREF and British tactician Ado Stead knows they will have to be on their game to stay ahead by Sunday.

"The last regatta was so close between first and sixth – you can't give an inch in this fleet," he said. "We are blessed by having the golden wheels at the moment by being just in front, but it's a cut-throat class and there are no free rides out there."

Stead is expecting some challenging and changeable wind conditions on Sweden's west coast which should test crews and tacticians alike. "It's actually looking really nice and sunny for the next couple of days which is great, but there will be some different stuff, with onshore breezes and then on Friday and Saturday a north-easterly becoming north-westerly, so there will be a bit of everything," he said. 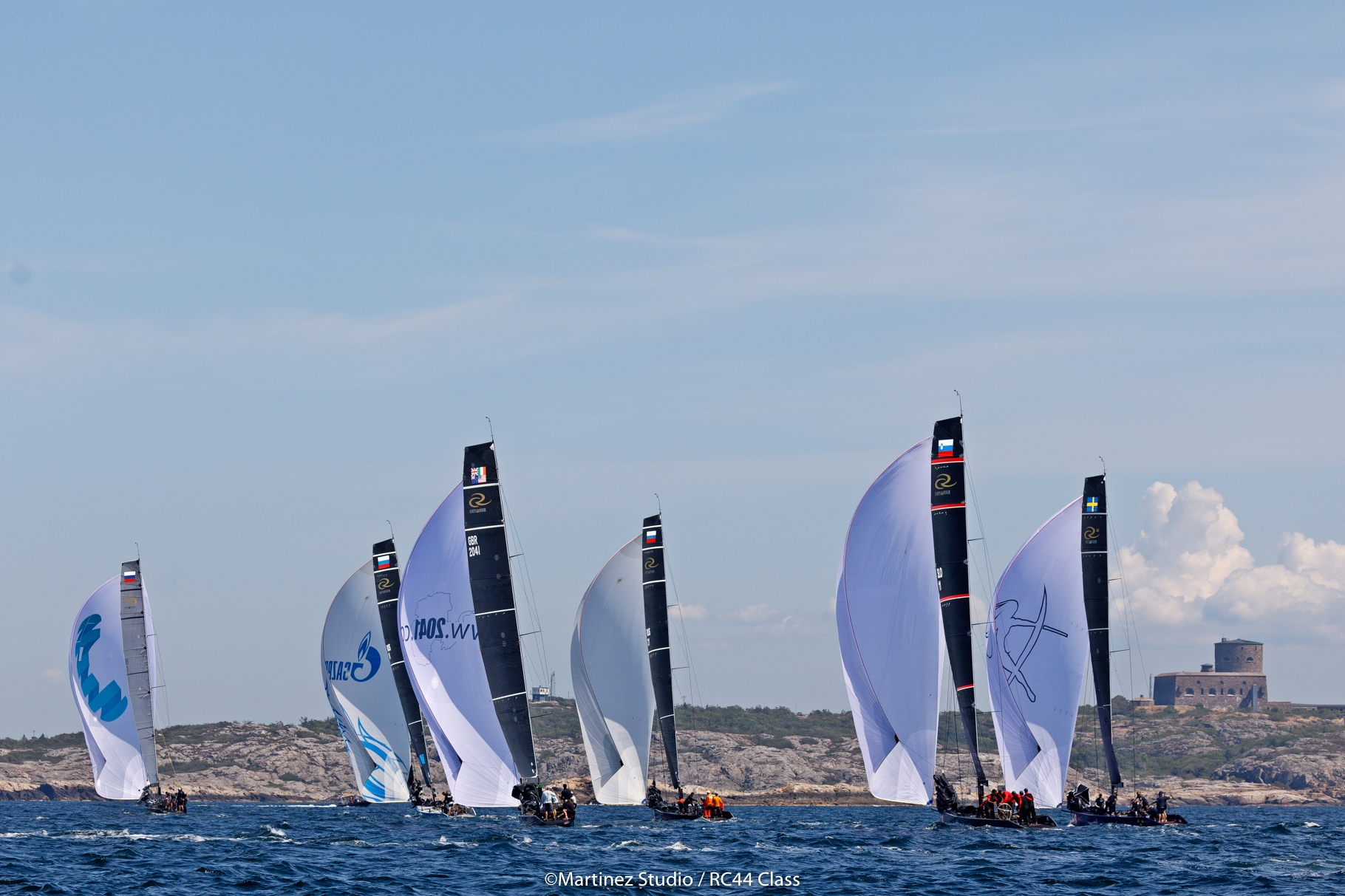 In contrast to CEEREF's consistent showing so far this year, Nico Poons's Charisma has gone from the top of the rankings almost to the bottom in two events, having won in Lanzarote, only to finish sixth in Slovenia. Ray Davies, the Kiwi tactician on board, says the game-plan this weekend is to sail incident-free races and avoid incurring penalties.

"Keeping out of trouble is the plan – that's where we bled a lot of points last time out," he said. "We were getting too involved with other boats at mark roundings and in protests – so we need to just try to keep it nice and clean."

Like Stead, Davies makes the point that there is very little margin for error in these all-carbon monohulls that feature twin wheels and a single winch pedestal in the cockpit. "It's definitely tough, competitive one-design racing," he said. "Make a mistake and you really get punished and we've seen that in the last few years with this class – it's really close racing."

Enjoying the delights of Marstrand for the first time in more than 10 years is Dean Barker, tactician on board Vladimir Prosikhin's Team Nika. Barker, the former skipper of Team New Zealand in the America's Cup, has competed here many times in match racing but is looking forward to four days of competitive fleet racing.

"I've never raced outside the harbour and we've had two days of practice and the wind conditions seem quite tricky to read," he said after docking this afternoon in warm sunshine. "I think it is going to be a really good and challenging racecourse which is all you can ask for," he added.

A bit like Charisma, Team Nika did well in the season opener only to fall down the rankings in the last event when they were propping up the bottom of the table. Barker reckons they made the mistake of assuming their boat would continue its strong form from Lanzarote in Slovenia which did not happen. In Marstrand they have been meticulous in their preparation, trying to ensure they leave nothing to chance.

"We thought the boat was in good shape but we struggled a bit for speed and the whole thing felt difficult," explained Barker. "So we have had a really thorough approach to our preparation of the boat for this one and, after the last couple of days, we feel it is going more in line with what we'd expect. Hopefully that will translate into some good results."

There are nine boats competing in Marstrand with a maximum of 12 races scheduled between tomorrow and Sunday. The other boats on the startline this week are Aleph Racing owned by Hughes Lepic with Michele Ivaldi as tactician, Torbjörn Törnqvist's Artemis Racing with Andy Horton calling the shots, Peninsula Petroleum owned by John Bassadone and featuring Vasco Vascotto on tactics, Team Aqua with Cameron Appleton on tactics and two Russian crews in Bronenosec Sailing Team owned by Vladimir Liubomirov and Tavatuy Sailing Team owned by Pavel Kuznetsov.

Cameron Dunn the New Zealand tactician on Bronenosec Sailing Team says his crew is another one that will be looking to get back up to speed in this tight fleet, having missed the first two regattas of the season.

"For sure we have plenty to polish and get better but we are back and we are fresh," he said. "It's the same team as last year, so we are not rookies or anything but sure, there will be some bits of rust to rub off."

The teams are hosted in Sweden by Artemis Racing's owner Torbjörn Törnqvist and Stena Bulk. The event kicked off this evening with a welcome cocktail in Marstrands Havshotell opened by CEO Daniel Svensson and Erik Hanell, CEO of Stena Bulk.