For the nine teams due to set sail tomorrow in the Adris 44Cup Rovinj there have been two distractions today – the torrential rain, forecast to depart the Istrian Peninsula before the start of racing tomorrow, and the ancient, densely spaced terracotta-roofed buildings and giant baroque basilica of St Euphemia of Rovinj’s old town.

This view – the Croatian tourist board’s top image illustrating ‘Istria’ - will form the backdrop to this week’s four days of 44Cup racing. Exploiting this magnificent view is also key to the architecture of Maistra’s brand new Grand Park Hotel Rovinj, the opening of which is the reason the 44Cup is here.

Since the high performance one designs last visited Rovinj for their World Championship in 2012, Adris Group’s hotel company Maistra has constructed this 5 star masterpiece. The Grand Park Hotel Rovinj is also located by the new ACI Marina Rovinj, which features 196 berths for regular boats and superyachts. Both hotel and marina are being formally launched with celebrations this Saturday.

Local organiser Marko Misura explains: “They have built a new hotel and a new marina here, so it seemed a natural place to organise a sailing event celebrating that, because we want to make this a sailing destination in the future.”

While there are no Croatian teams, several crew who live just an hour away in Slovenia sail on board Team Nika. Owner Vladimir Prosikhin is also a Rovinj fan. “It is a good place to sail and it’s beautiful - both are important. Sometimes it is a bit light, but generally it is very good, with a good marina which is close to the course.” Prosikhin is reeling from a bad result in a Melges 20 event recently – will that motivate him to do better now that he’s back in his favourite class? “What doesn’t kill us makes us stronger,” he says, quoting Nietzsche.

This week the boat to beat will be the one with the golden wheels, signifying it as the 2019 44Cup’s leader - currently Igor Lah’s Team CEEREF. Tactician Adrian Stead admits this is his first time racing here: “The forecast says we’ll be getting 5-14 knots of sea breeze, which should be good. We will be in for another event of incredibly tough racing. This season we have one win under our belts. We’d like to feel we can put in another strong performance here to go into the Worlds feeling confident about our speed.”

At the first event of the season in Montenegro, Stead says they learned that no 44Cup teams are weak, as demonstrated by Pavel Kuznetsov’s Tavatuy Sailing Team. Despite starting out on its first full season on the circuit, the Russian team finished half way up the leaderboard.

There, finishing uncharacteristically at the bottom of the leaderboard, was Nico Poons’ Charisma. To prevent this recurring, the team has acquired a ‘big gun’ tactician in America’s Cup and Volvo Ocean Race winner John Kostecki.

“Last year we had Ray [Davies] and we were having different thoughts about where to go. Now we are trying out this setting,” explains Poons. Kostecki has sailed once previously with Charisma and Poons hopes the chemistry will be good.

So what is Kostecki’s view of the 44Cup? “It has always been very competitive and the level keeps getting higher and higher. It is good to see,” he says. As to whether he can continue his winning streak, he is less confident. “The RC44 is such a different boat. There are different techniques and styles to sailing it. It isn’t going to be easy.”

First warning signal for racing tomorrow will be at 1200. On Sunday the 44Cup fleet will have a sail-past off the Grand Park Hotel Rovinj while on Friday and Saturday the finish line of the last race will be within the harbour. 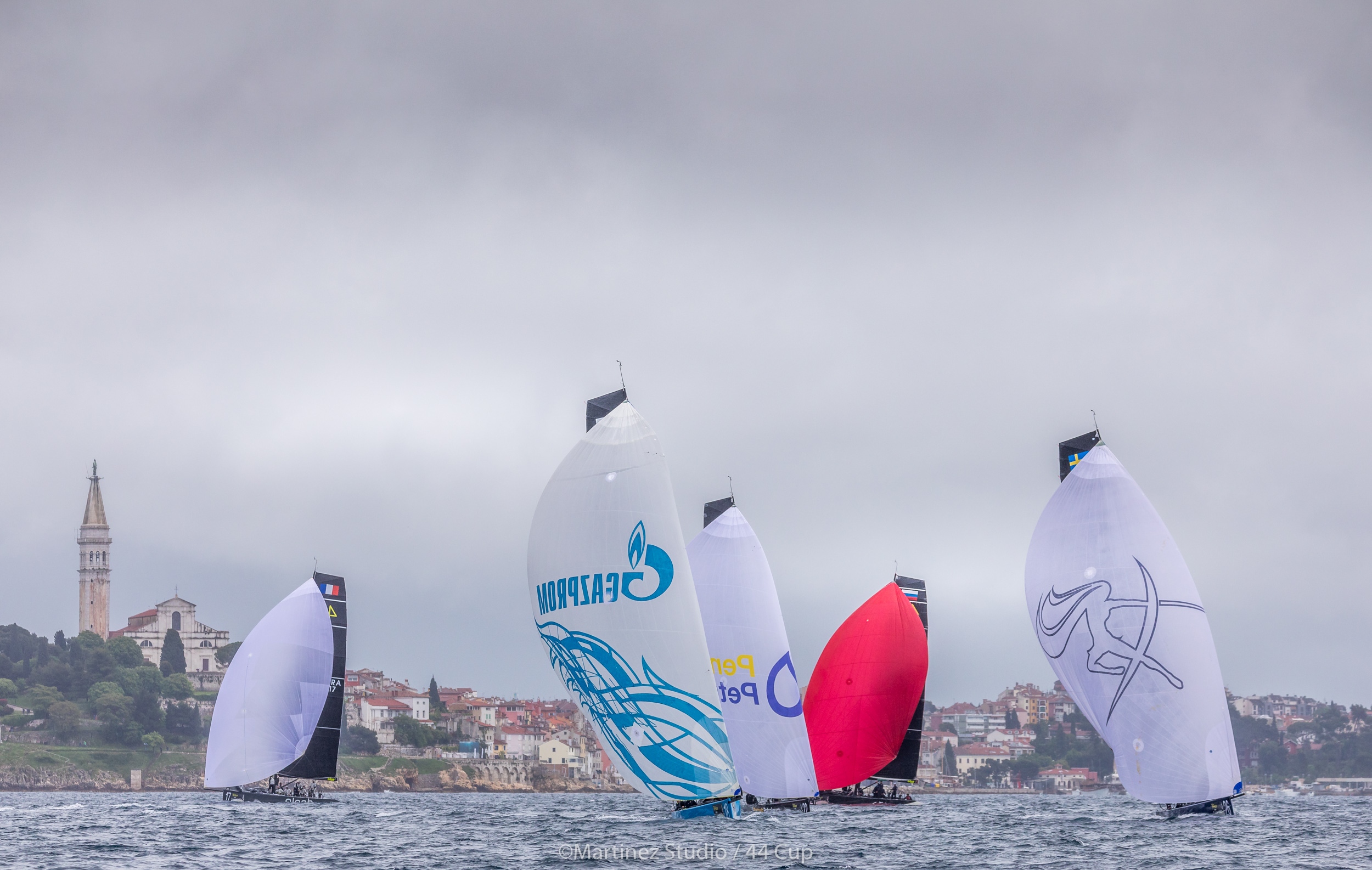