Earlier this week, Saturday was lining up to be the big wind day of the RC44 Calero Marinas Cup, so breezy in fact that racing looked likely to be blown off. In fact the outcome was the same, only due to a total absence of wind.

Racing had been already been delayed until 1230 to leave enough time for the Royal Ocean Racing Club's Transatlantic Race to get away from Arrecife. In the event, many of the offshore boats bound for Grenada in Caribbean were still within 100m of the line half an hour after starting.

With no immediate hope of racing, the nine RC44s were sent back ashore to Marina Lanzarote to await further instructions. Ultimately at 1430 PRO Peter Reggio made the inevitable call to cancel racing for the day. "Part of it was that rain cells were sucking all the energy away from where we were," he explained. "On the other side of the island there's breeze from the northeast at 15 knots and in the cuts between the islands it's blowing hard. Just not here…" 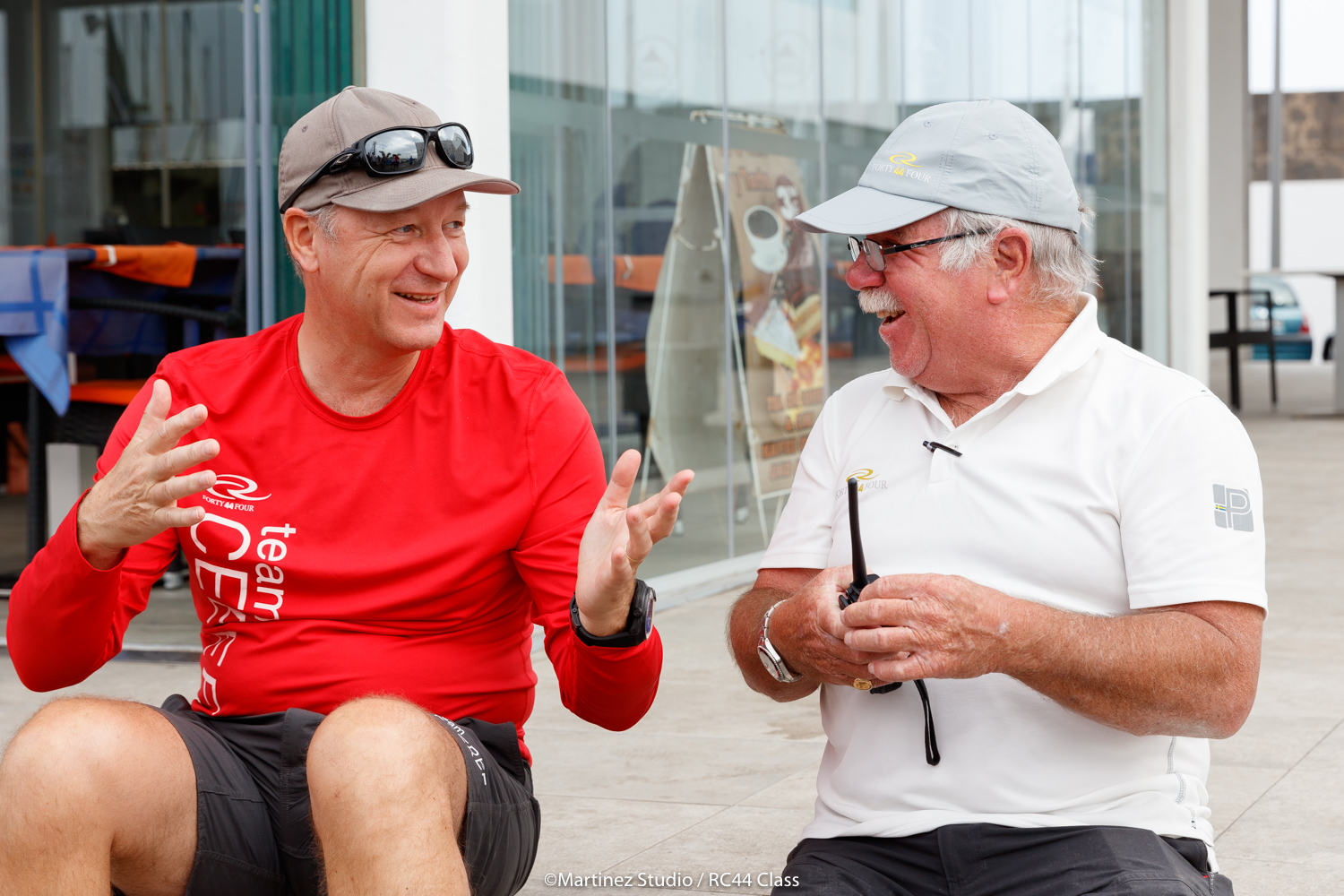 Today Nico Poons, tactician Ray Davies and the crew on Charisma had been hoping to continue on from their second place finish in yesterday's final race. "There is still room for improvement, but the differences are so bloody small," said Poons of the RC44 racing.

Throughout this week the conditions off Lanzarote have been unusual. Instead of the typical strong northeasterly trades, the wind has been from the south or southeast, due to an area of low pressure uncharacteristically parked between the Azores and the Canary Islands and an anticyclone over west Africa.

Charisma's coach, met expert and American former Star World Champion Ed Adams, explained this week's situation: "There's drainage wind at night and no wind in the morning. Then the gradient wind comes in late morning and during the afternoon, as temperatures rise in Africa, it weakens the gradient and the breeze drops here."

And what of tomorrow? Peter Reggio has his predictions: "It is supposed to have wind but the forecasts have been off. It was supposed to be extremely windy today. The problem this week has been the sea state: Here the boats need 8-10 knots at the top of their rigs whereas in flat water they need six."

Meanwhile competitors have got their calculators out to see what they need to do on the final day of racing for the 2017 RC44 championship. At present Igor Lah's Team CEEREF and Alexander Novoselov's Katusha at tied in first place but are holding fourth and seventh in the RC44 Calero Marinas Cup. If this holds it will see Team CEEREF retain her title and the RC44's 'golden wheels'. She would finish one point ahead of Katusha (which will discard her seventh place finish here in favour of a fifth in Sotogrande), with Vladimir Prosikhin's Team Nika a further point astern in third.

For the final day of racing, the first warning signal has been brought forward to 1100.