Tightest and trickiest of days opens racing in Lanzarote

Competition getting closer as the season nears its conclusion, combined with tricky conditions for today's three races off Lanzarote, left the top eight boats racing at the RC44 Calero Marinas Cup ending day one separated by just six points.

With the backdrop of the Canary Island's famously barren terrain that is a favourite with science fiction film directors, racing got underway just south of Arrecife's Marina Lanzarote, where the nine RC44s are moored. 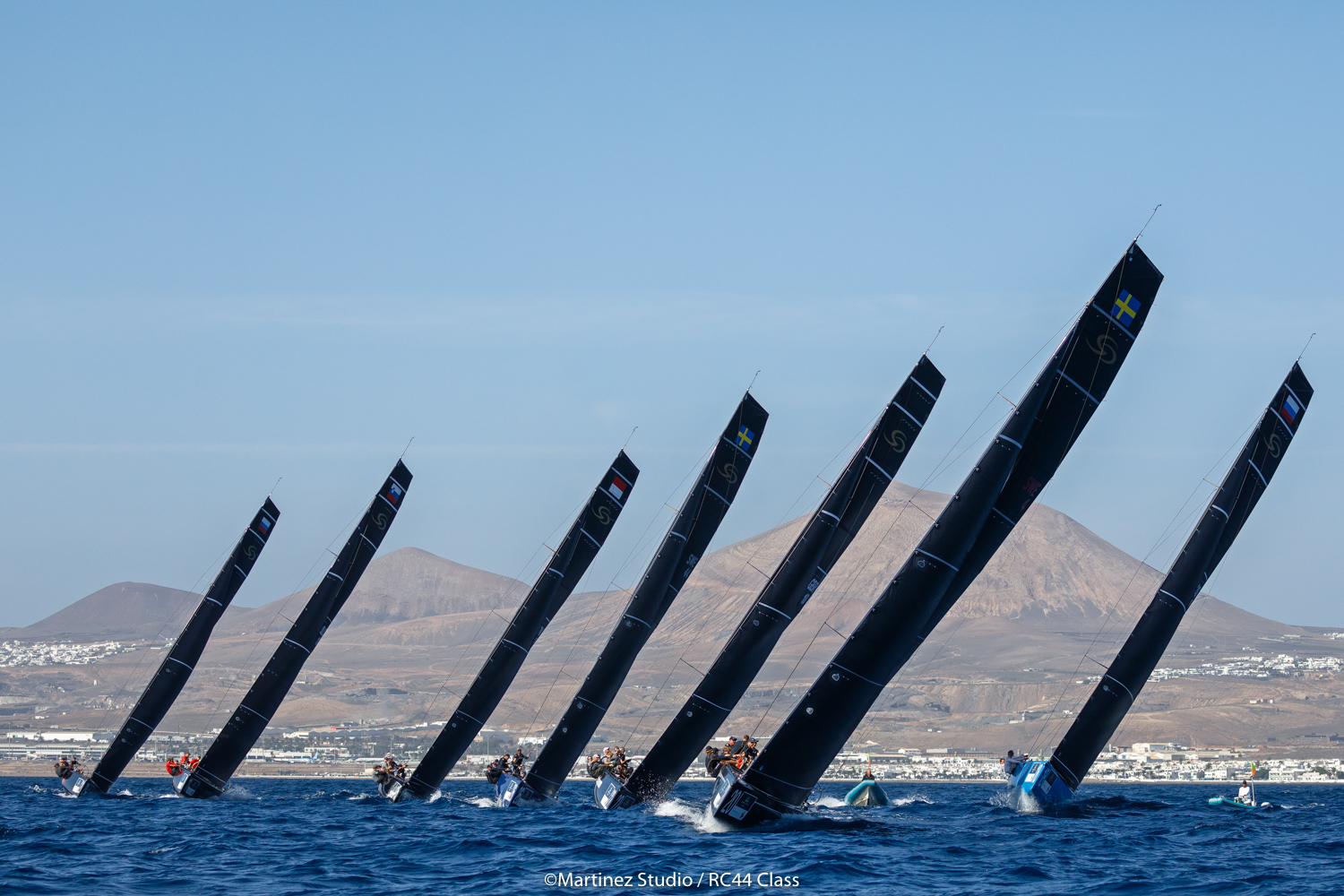 In the opening race it was Chris Bake's Team Aqua that popped out just in front at the top mark, but it was a crucial early gybe that set them up for the remainder of the race. "It put us in good wind - it was the breaker," said Bake. His long term tactician, Cameron Appleton, added: "After that we could just sail free. On the runs being free of the other guys seems to be more important because if you get tangled you end up not sailing perfectly and with the way the sea state is, it is hard to be consistent all the time."

While the Canaries are notorious for their powerful northeasterly trade winds, today the wind was from the south to southeast and on shore. Racing got under way in just over 10 knots, which dropped to around eight for the second and then shifted right and dropped still further for today's final race. This was combined with a stubborn, lumpy sea that require careful negotiation for all the crews.

For race two it was the turn of defending RC44 champion Igor Lah and his Team CEEREF to have their moment. "We just raced our own course, and then it was pretty simple," said Lah. "Unfortunately the last race was a bit of a casino. Still we're in good shape – luckily."

"We were pretty confident in what was going on," added Team CEEREF tactician Adrian Stead of the second race. "We liked the left, coming off the pin. We were going quite well, had a couple of nice lanes across and we put a little bit of pressure on Katusha at the top." Of the conditions he added: "In this fleet particularly when it is wavy, once you get sucked up into traffic and you can't sail your mode it costs you dearly. That was what we took out of today: Try and sail in clear air when you can." 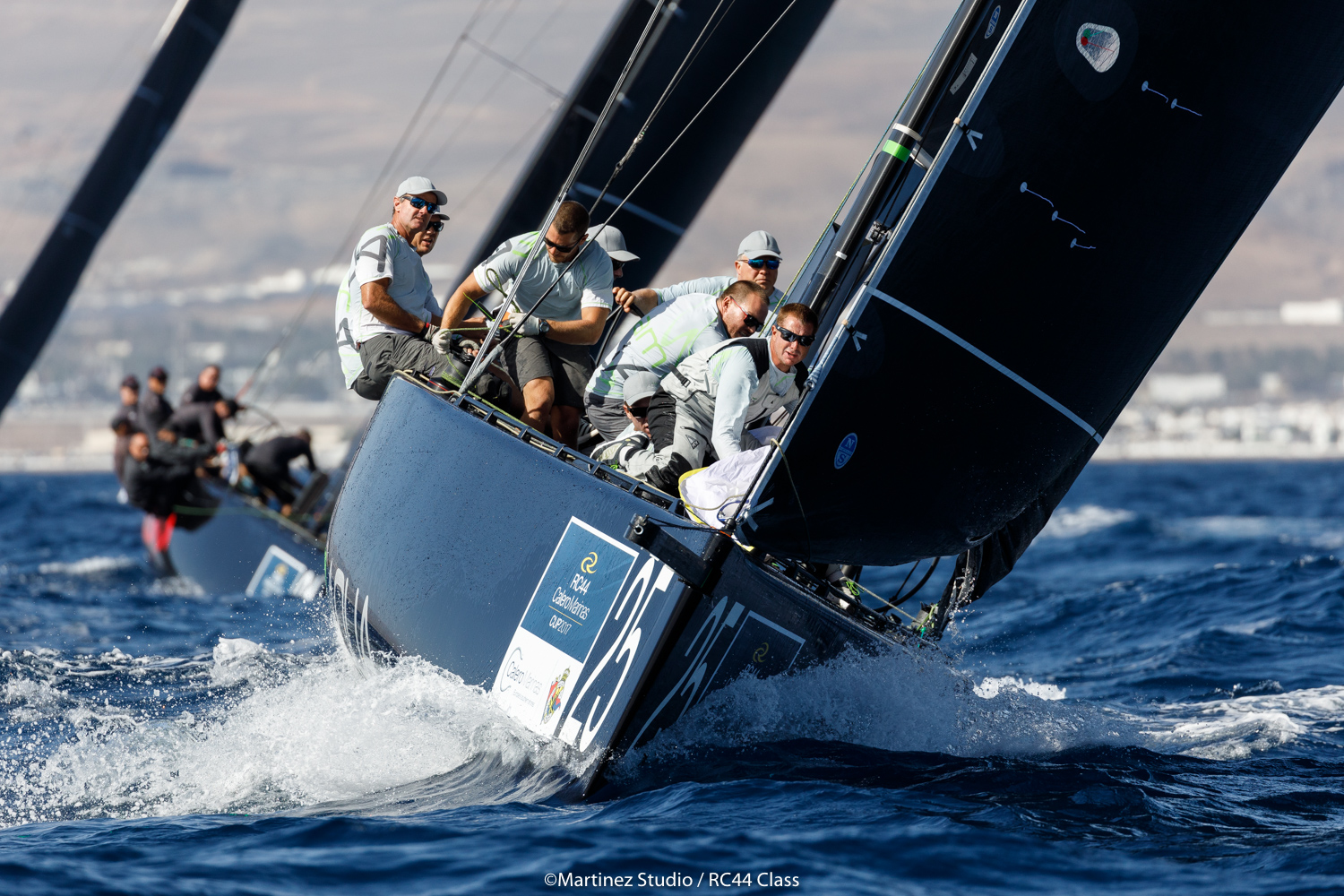 This was exactly what tactician Cameron Dunn managed sailing with Kirill Frolov on Bronenosec Sailing Team during the last race. Artemis Racing led around the top mark ahead of Vladimir Prosikhin's Team Nika with the Kirill Frolov-steered Brononosec in third. At the second weather mark rounding, by which time the wind had dropped and was becoming patchy, Team Nika had edged ahead with Bronenosec up to second. While Team Nika gybed early on to the seemingly favoured port tack, Bronenosec held on starboard and in clear air, as well as benefitting from a further right hand shift, pulled into the lead to win the final race.

At the end of day one Team Aqua leads, but by just one point from Team CEEREF with Team Nika a further point back in third.

Tomorrow the forecast has the wind dropping in the afternoon. As a result the first warning signal has been rescheduled for 1100 UTC.