THINGS GO RIGHT FOR NIKA ON DAY ONE IN MARSTRAND

Sometimes success is about being in the right place at the right time, and that’s exactly what launched Team Nika into the lead on day one of the RC44 Marstrand World Championship in Sweden.

Things fell into place beautifully for owner Vladimir Prosikhin as he searched for a gap next to the committee boat for the third and final race of the day. “It was a bit risky because we made our approach above the layline,” said the Russian owner who won the world title in 2015. “Somehow we came out ahead of Charisma because they could have blocked us. After that, we saw there was a gap between Artemis Racing and the committee boat. We got this gap, made a perfect start and pretty soon we were looking good.”

Having successfully threaded the needle to put Nika in the perfect position on the start, things got even better just a few seconds later when a 15-degree right-hand wind shift launched the Russian boat into an early lead. Prosikhin claimed no credit for this lucky strike. “I am just steering the boat, I don't even know what is going on around me,” he laughed. “Maybe my tactician Terry Hutchinson knew it was coming, because sometimes you can see these things about to happen, from other sailing boats on the race course.”

Whether or not it was luck or judgment, that early lead launched Team Nika into an unassailable lead by the finish of the two lap race, and Prosikhin finds himself in the overall lead with scores of 2,6,1. 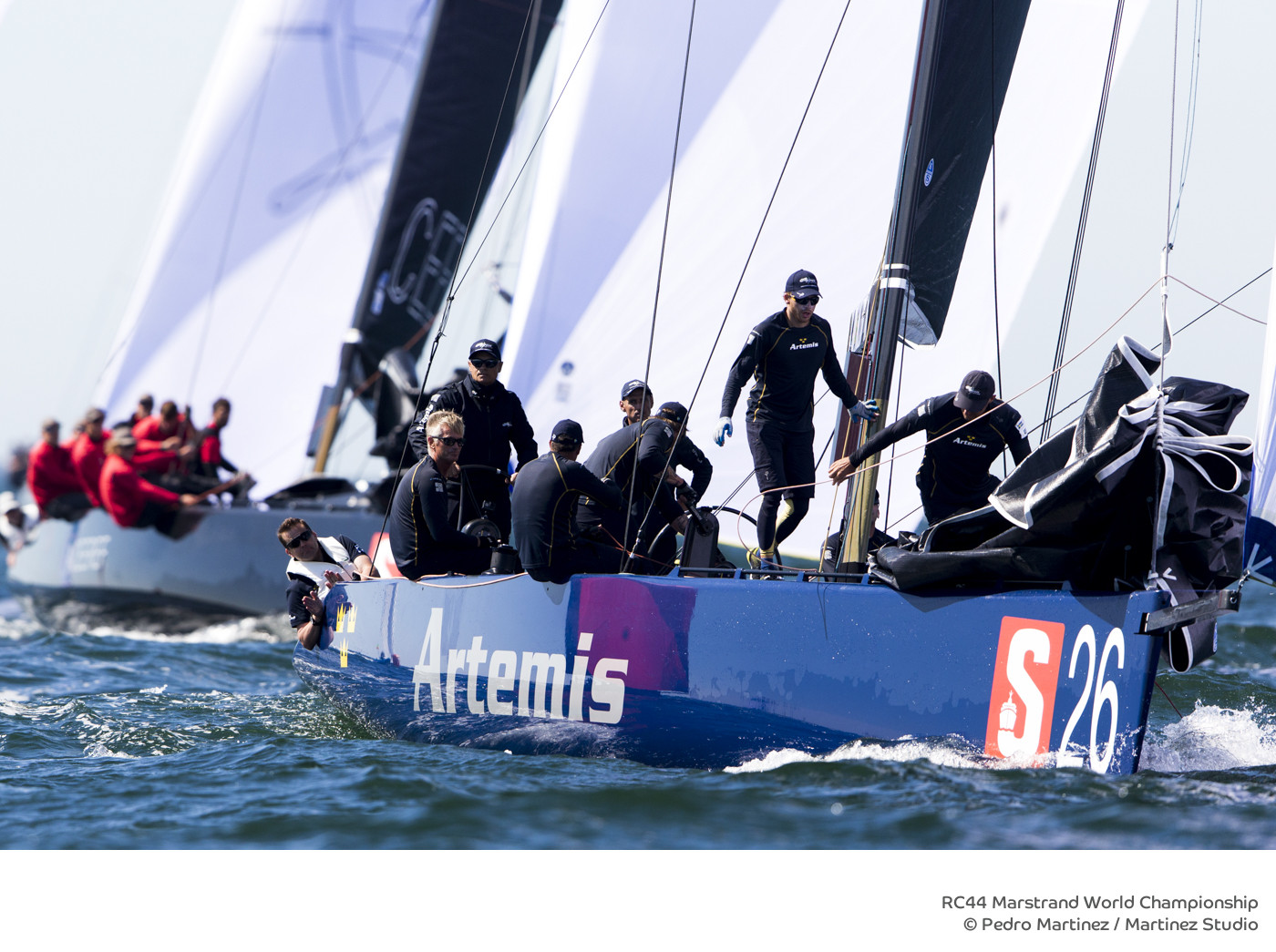 Just two points behind in the overall standings is Team Ceeref, with Igor Lah making an excellent opening to the defence of his world title. Tactician Adrian Stead was delighted with their first two starts, which resulted in a 1,3 from the early heats. However the third race didn’t go quite so much to plan. “We had a reasonable idea of what the current was doing today, and we thought there would be more relief from the current on the left,” Stead commented. Winning and defending the left is what gave them such good results in the opening two races. “It felt like the right thing to do, to go straight off the line. But we knew that at some point today there was going to be a big right-hand shift. Unfortunately I set my watch alarm about half an hour too late.”

With the benefit of hindsight Stead wished that he’d positioned Ceeref closer to the committee boat, nearer to Nika. Still, things weren’t too bad as the Slovenian boat was very much in the hunt at the first turning mark. Stead got a bit greedy, however. “We were trying a little too hard to have a piece of Charisma for second and actually end up getting rolled out of the gennaker set.” This dropped Ceeref back to last place, although they did pick up two crucial places on the final run to the finish. In a series without discards, fighting back from ninth to seventh is every bit as vital as climbing from third to first.

One boat that saw both ends of the fleet was Artemis Racing, which finished last in the first race and bounced back with a bullet in race two. “Yes, we had our ups and downs,” said helmsman Torbjörn Törnqvist. “It tells you how incredibly close things are in this class. The slightest mistake and suddenly you’re behind.” At the start of race one, both Artemis Racing and Artemis Racing Youth started near the committee boat and were the first to tack out to the right. It looked like the Swedes were making the most of some local knowledge, although Törnqvist says this was anything but the case. “In the first race we were forced to the right. We actually wanted to go to the left,” he admitted. “It’s not that the gains on the left were that huge or that obvious, but the way the wind shifted it worked out like that.”

It was a good start that put Artemis Racing in a position to seize control of race two and sail away from the fleet. “A good start means you can decide your own manoeuvres rather than having to react to what others are doing. And we always had good speed on the boat.”

Small wonder that competition for a good place on the start line is so fierce. At the start of race two, Charisma was luffed by Peninsula Petroleum which resulted in contact between the two boats. The Dutch boat was given a two-point penalty by the on-the-water umpires, dropping Charisma from fourth to sixth overall.

Today’s breeze of 10 to 12 knots saw the fleet operating at the top of the range for the full-size genoas. With the chop and the lumpy seas, the power of the genoa was vital for punching through the worst of the waves and keeping the speed. Friday’s forecast suggests the breeze will be a bit lighter, placing even more emphasis on understanding the Marstrand current and seeing when those all-important wind shifts are about to arrive.

The warning signal for Race 4 is scheduled for 11.30am. 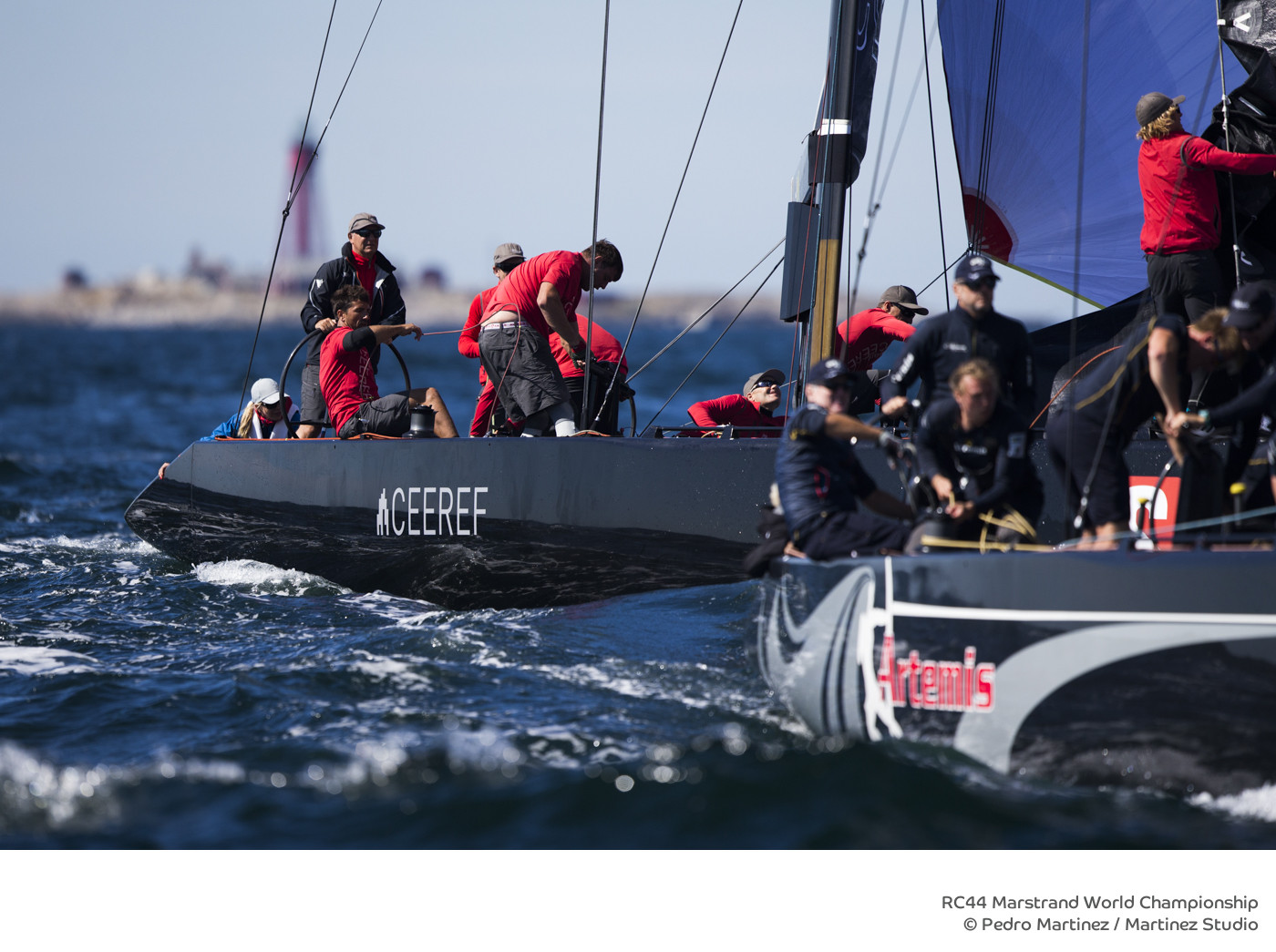 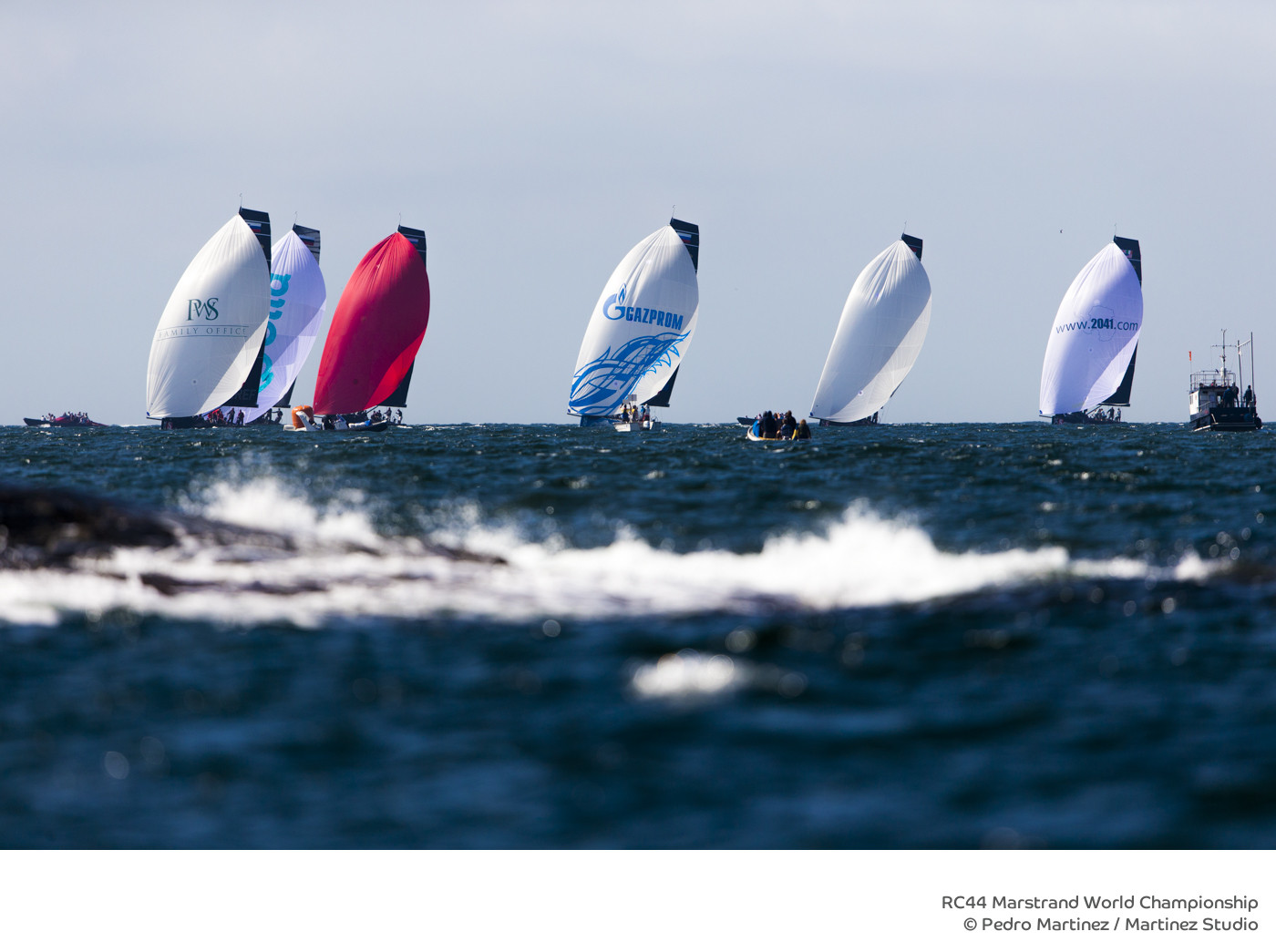