Cascais turned on the conditions for which it is famous – 20+ knot winds and sunshine - for day two of the RC44 Cascais Cup. Again it was a day with three different winners and mixed results for all.

Kirill Frolov’s Bronenosec Sailing Team scored the first bullet of the day. This was the first race of the event when a team has led from start to finish in the tricky conditions off the Portuguese sailing mecca. The Russian team went inshore to the right on the first beat. Coming back in Bronenosec was clear ahead of the port tackers, led by Chris Bake’s Team Aqua, was first at the top mark and successfully defended from there. 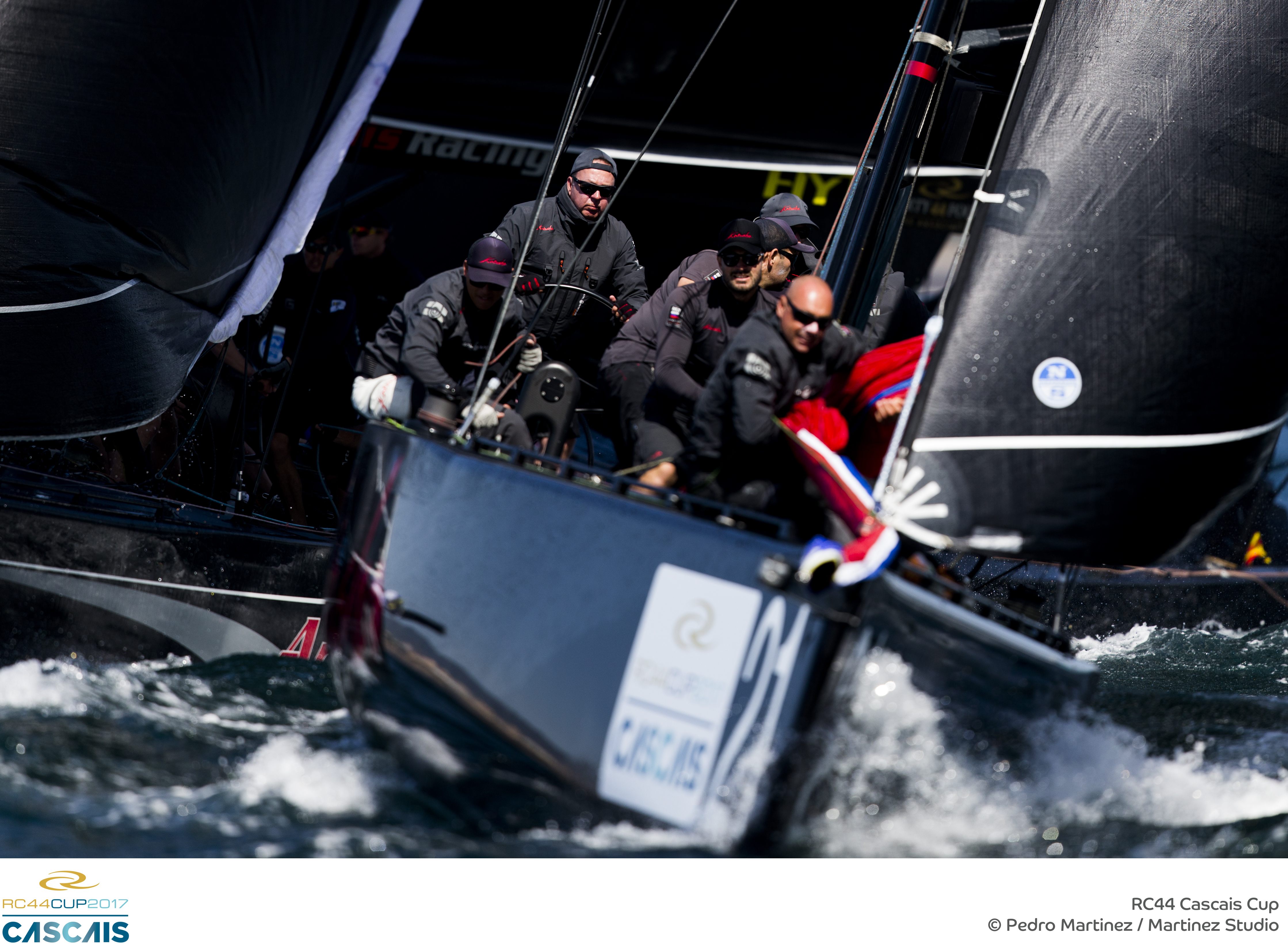 “I was nervous after the bottom mark, but in fact it was fine – we had speed and it was good,” said Frolov. Unfortunately, the day didn’t continue as well for them and the light blue boat currently lies sixth overall, albeit just two points shy of the podium.

In race two it was finally the turn of the left to pay and John Bassadone’s Peninsula Petroleum made the most of it. They rounded the top mark a nose in front of Alexander Novoselov’s Katusha, which was forced outside of her. However, unusually, this benefitted the Russian team. As her tactician, America’s Cup winning helmsman Ed Baird, explained: “We couldn’t gybe so we went straight, found some pressure, got a pretty good gybe in, came back and crossed about six or eight lengths ahead.” Peninsula Petroleum closed again coming into the gate, but Katusha extended by once again choosing the left side up the second beat, going on to become the first boat to score two bullets at the RC44 Cascais Cup.

In the third race there was much excitement from Swedish spectators when Artemis Racing Youth, skippered by Gustaf Lidvall and with America’s Cup skipper Nathan Outteridge calling tactics, led around the first mark. Again they had won the committee boat end of the start line and, as in race one, benefitted on the first beat from being furthest right. However, unlike yesterday’s second race, when they led around the top mark only to be rolled on the run, today they successfully clung on, despite a strong challenge from Peninsula Petroleum.

“We were also the only boat on the small jib and the wind picked up quite a lot – to around 22 knots,” said an elated Lidvall. The win launched Artemis Racing Youth up the tight centre of the leaderboard to third place. This, the Swedish team is excited about: Although there are two days still to go, they have never finished on the podium so far at an RC44 event. “We are definitely doing well. The crew is fantastic. They haven’t made any mistakes so far,” enthused Lidvall. 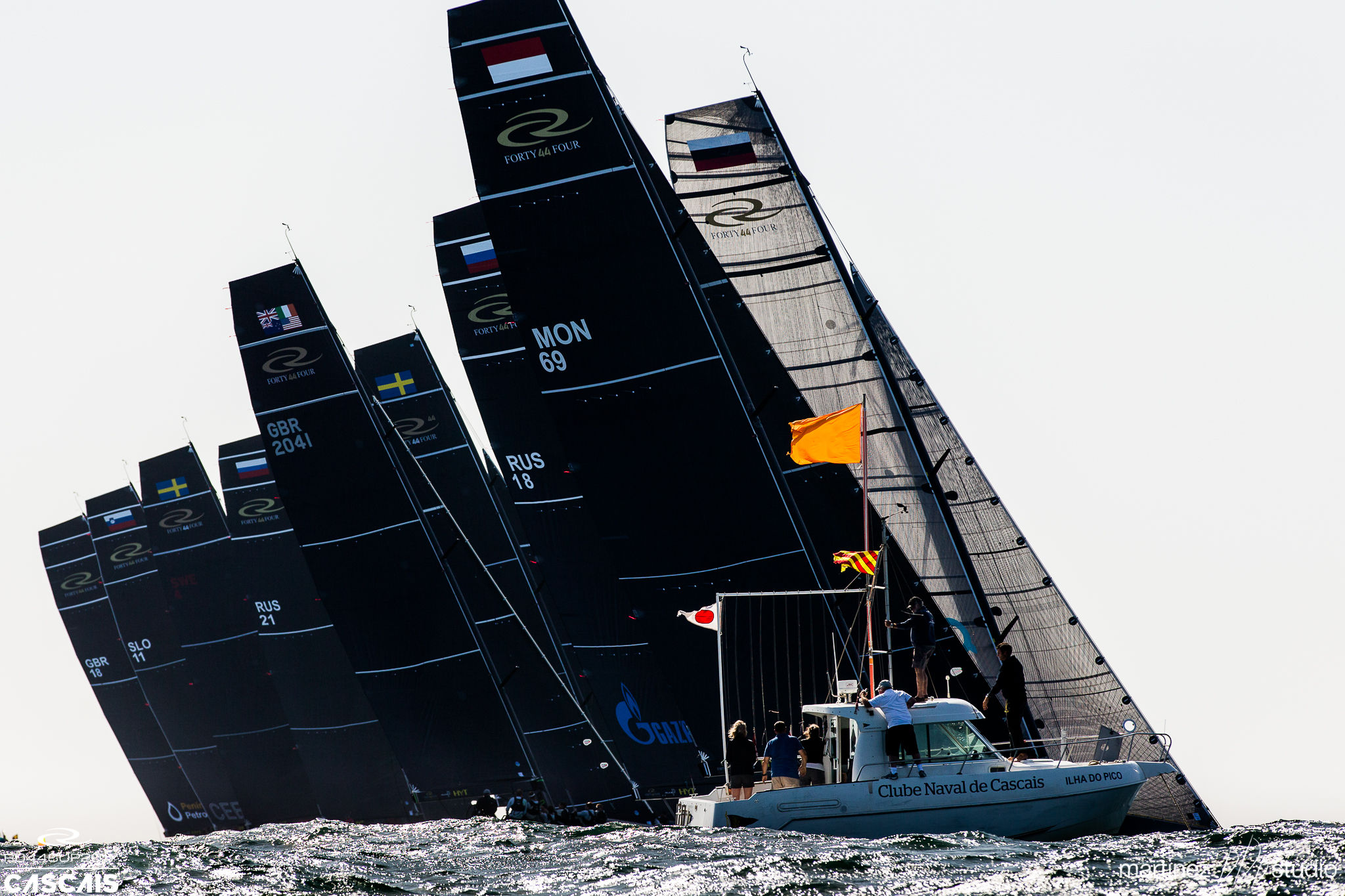 However the talking point of the day was how during the final leg of the last race, a thick fog descended. “After we rounded the top mark on the run we couldn’t see anything,” admitted Lidvall. “Nathan timed the gybe, around three minutes, because that was how long we were on a gybe in the race before. I haven’t raced in fog like that before, especially not in 20 knots of wind…”

For those relatively new to sailing, it was a trying experience. “It was my first time sailing at that speed…in fog!” said Frolov. “I couldn’t see anything, not even the bowman! I was quite scared, because we were going more than 20 knots and when you saw another boat come out of the fog it was very scary.”

Even race veterans such as Baird found it challenging. On Katusha they had already had ‘a moment’ when they blew up a spinnaker immediately after hoisting on the first run. On the second, as Baird described it: “We were going 17-20 knots with no navigational tools. We were timing the gybes on my watch doing about three minutes on each gybe. That took us to the finish line.” This was straight back to Baird’s Laser sailing days. “We were probably seven or eight boatlengths from Artemis Racing and that was as far as you could see going downwind at 18 knots. We rounded in full fog and it was blowing a solid 24.”

Into the bargain, several boats, including Katusha and Artemis Racing, suffered broaches on this leg.

After six races, Igor Lah’s Team CEEREF has clung on to her lead overall, but Peninsula Petroleum was top scoring boat of day. She has closed to one point off the Slovenian leaders, with a useful seven point cushion back to Artemis Racing Youth in third.

Three races are scheduled for tomorrow when similarly brisk conditions are expected. 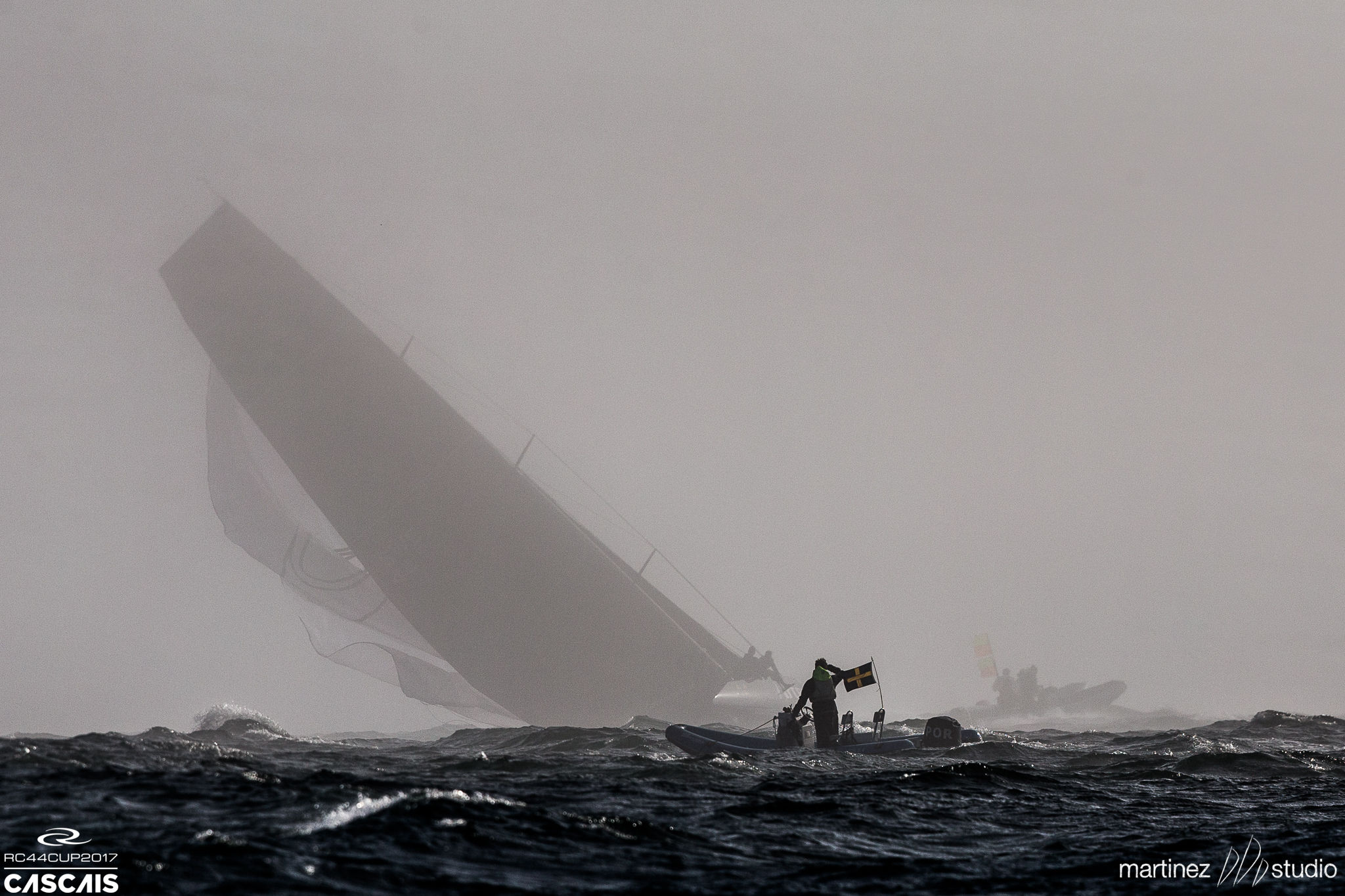