The super-competitive RC44 monohull class enjoyed a cracking day of light-airs racing in the sunshine as its 2018 Marstrand Cup got underway, with Igor Lah's Team CEEREF emerging as top boat.

With tricky and unstable wind conditions to contend with, this was a day when good starts and early speed up the beat was key to success in these Russell Coutts-inspired all-carbon monohulls.

Lah's crew have been the most consistent team in this fleet so far in the opening two events of the season and they continued where they left off with a win in the first race, followed by a fourth and a third in races two and three.

"Our idea is to try to win this event, of course," said Lah in the hospitality pavilion on the harbourside after racing. "But all the boats are extremely close, so anything can happen.

"We had really good starts and even when we lost a little bit of ground we were able to come back," he added. "I think the team work on board was brilliant and we had good boatspeed, so everything worked." 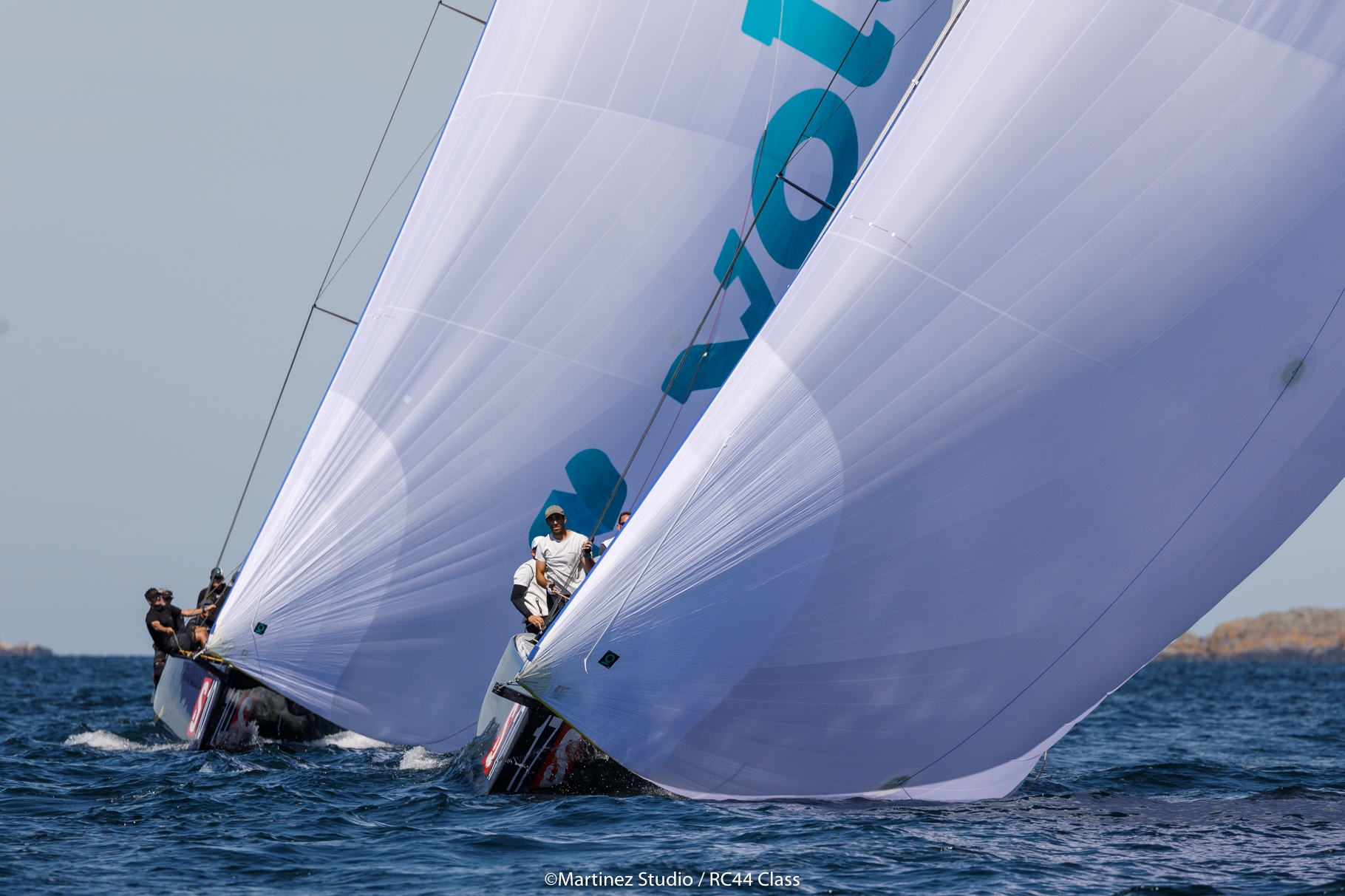 On second-placed Peninsula Petroleum, John Bassadone's crew had a tough time in Race 1 when a big windshift left them on the wrong side of the course but they managed to fight back to finish sixth. They then hit their stride in Races 2 and 3, finishing first and second and are just one point behind Team CEEREF.

Bassadone, a seven-year veteran in this class, was delighted with a strong start to the regatta. "It's been a tough day actually," he said after celebrating his race win by spraying his crew with champagne. He explained that finishing sixth in the first race felt disappointing at the time but in retrospect was not a bad recovery.

"We started that race pretty well and were leading at the bottom mark, but then suddenly we were caught out on the wrong side of the course by the shift – and that was pretty annoying. But having been second-last, we picked up two places on the final run which didn't look possible, so sixth was a good result in the end."

Third overall was the Russian crew on Bronenosec Sailing Team skippered by Kirill Frolov. This crew missed the first two events of the season but they have turned up here in excellent form and flew downwind when they were able to make gains every time.

"I don't know," joked Frolov when asked what the secret was to their performance. "We go fast downwind, but upwind we were like everyone else and today we were lucky.

"Maybe because we missed the first two events of season, we have come here feeling fresh," he added. "We had very good communication on board with the trimmers and we worked the waves well on the runs." 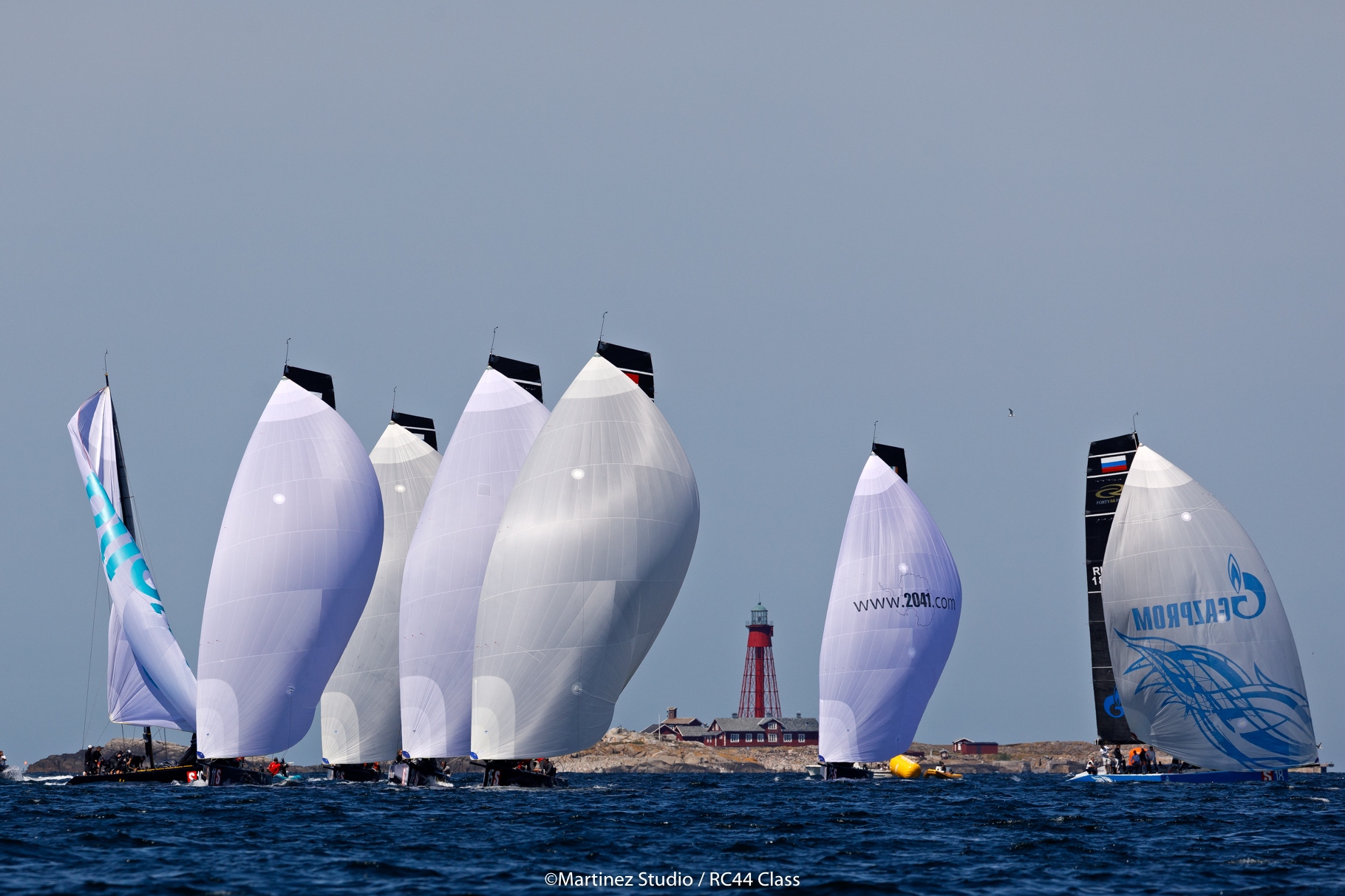 Double Olympic gold medallist and America's Cup skipper Iain Percy, who is sailing as mainsail trim on Torbjörn Törnqvist's Artemis Racing, said the secret of success in RC44s – a fleet with very well-established owners and crews sailing at close to optimum performance – is all about the first few minutes of the first beat.

"It's about having a good enough start and being good enough to hold for three minutes off the line on starboard tack. If you can do that, all but two or three other boats won't be able to live with you and, when you tack, you will be in the top few. So it's a combination of a good start and being on the pace straight away," he said.

Percy and the team on Artemis Racing finished sixth overall today, a result that would have been better but for an incident at the top mark in the last race when the boat fell into irons and fouled the mark. But the Englishman was looking forward to more chances tomorrow to climb up the rankings.

"It's all very close," he said. "They are great boats – they go in light winds and then they are a handful in the breeze."

The RC44 Marstrand Cup continues until Sunday with 12 races scheduled. Follow the racing live at www.RC44.com.