Next week nine RC44 teams, from six nations, will compete in the Swedish sailing mecca of Marstrand for the hotly-contested 2019 44Cup World Championship title.

The top boat over the season so far, after two light wind events in the Adriatic, is two time 44Cup champion Igor Lah and his Team CEEREF, but only just. With only a two point gap to bridge to first place, three teams are tied on 8 points. Aleph Racing with Michele Ivaldi as tactician, Team Nika with Tom Slingsby calling the shots and Peninsula Petroleum featuring Ed Baird on tactics will all be in the hunt and Team CEEREF’s British tactician Adrian Stead knows they will have to be on their game to stay ahead by the end of the week. 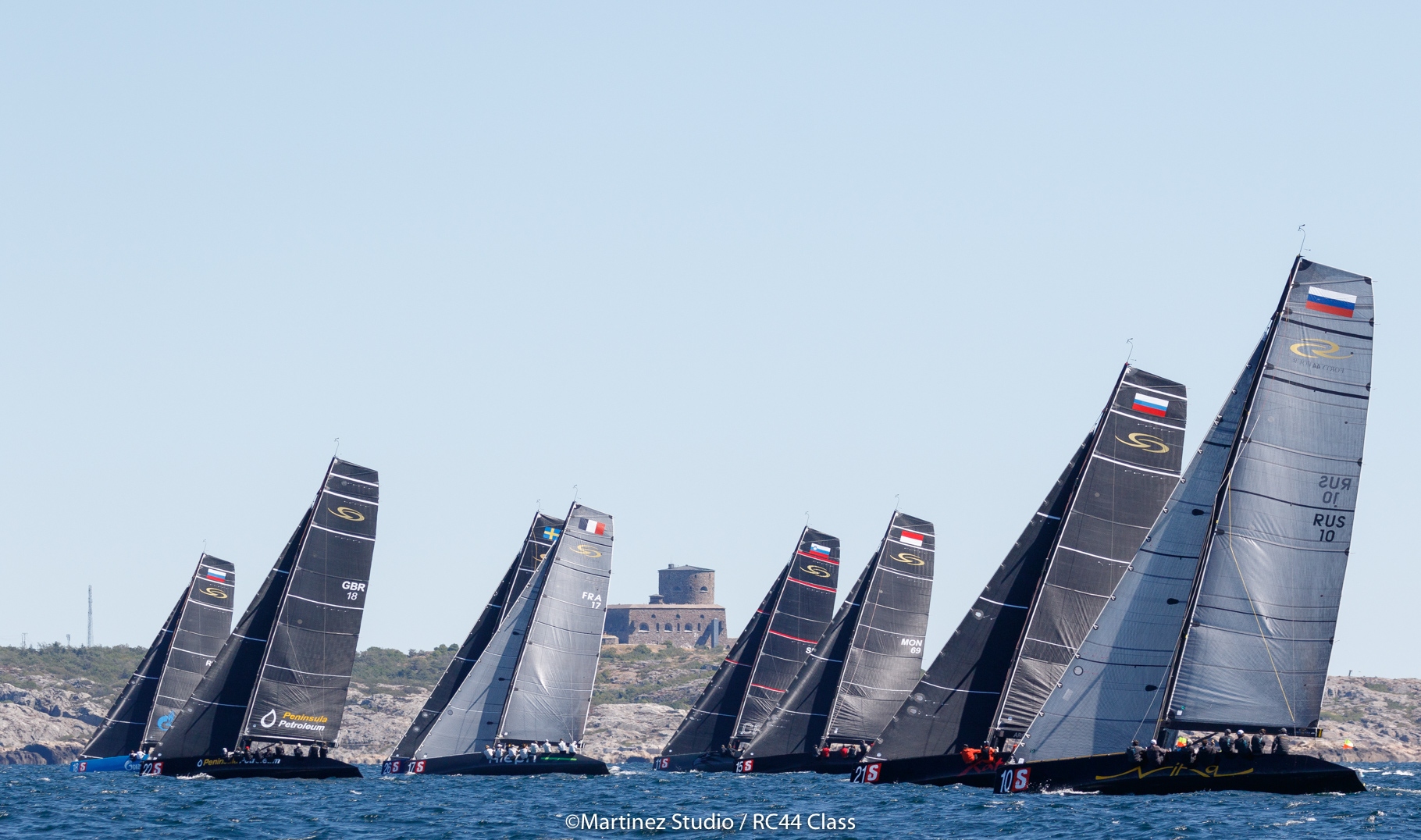 A new face at the top of the leaderboard is Aleph Racing’s Hugues Lepic, who won his first event in Rovinj, Croatia last month, after nine years racing with the fleet. “It is an amazing feeling to be second in the overall ranking,” he said. “I like the class very much - the boat, the crews, the owners and the format, but I have never managed to get to this level. It is great to have this success for the first time.”

Lepic is keeping a realistic view for his world championship prospects: “I hope for a good performance in Marstrand, but the racing is very competitive, everyone is good, everyone can win, but everyone can make mistakes too.”

Another team hoping to repeat their performance from last month is Torbjörn Törnqvist’s Artemis Racing.

The home team for the Swedish world championship finished third in Rovinj and, as the 44Cup will take place back-to-back with the GKSS Match Cup Sweden, there will be plenty of support from the shore to bolster the Swedish team’s confidence.

Continuing their pattern of 2018 of win one, lose one Nico Poons’ Charisma has had an inconsistent start to 2019 with a 9 – 2 leaving them mid-fleet at the halfway stage of the tour. Poons, who favours bigger seas and stronger winds, hopes to pull a good result out of the bag as they did in Marstrand in 2018.

“Last year after day one we were at the back of the fleet and at that stage we would have been happy if we had made the podium – none of us thought a win was possible. But we did it by just a millimetre in the final race so you see how close it is in this fleet,” recounts Poons.

The 2019 44Cup Marstrand World Championship will take place over the 9 – 13 July hosted by Stena Bulk, the Royal Gothenburg Yacht Club and Marstrands Havshotell. To find out more visit www.44cup.org.