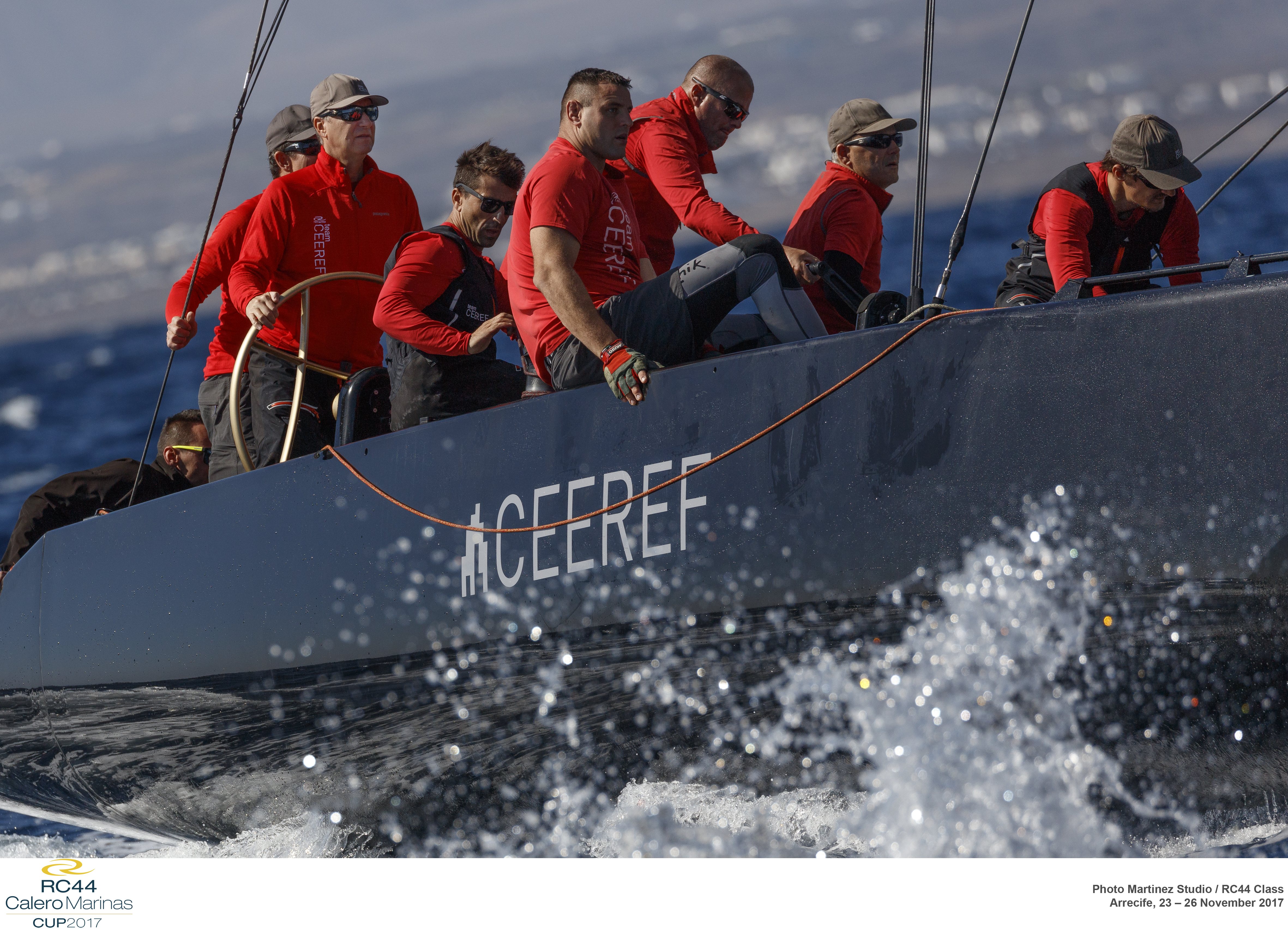 The 2017 RC44 Championship enters its last lap tomorrow with the start of the RC44 Calero Marinas Cup in Lanzarote. The final event of the season for the Russell Coutts-conceived one design monohulls sees four of the nine teams still able to claim the 2017 title and five capable of reaching the podium.

The RC44 teams are returning to the Canary Islands for the first time since 2013. Over 2010-2013, four RC44 regattas and three World Championships were held in Lanzarote at Puerto Calero. Owners of that marina, the Calero family, were also regular participants on the RC44 circuit at that time. Since then they have opened Marina Lanzarote in the capital Arrecife where the RC44s are based this week. 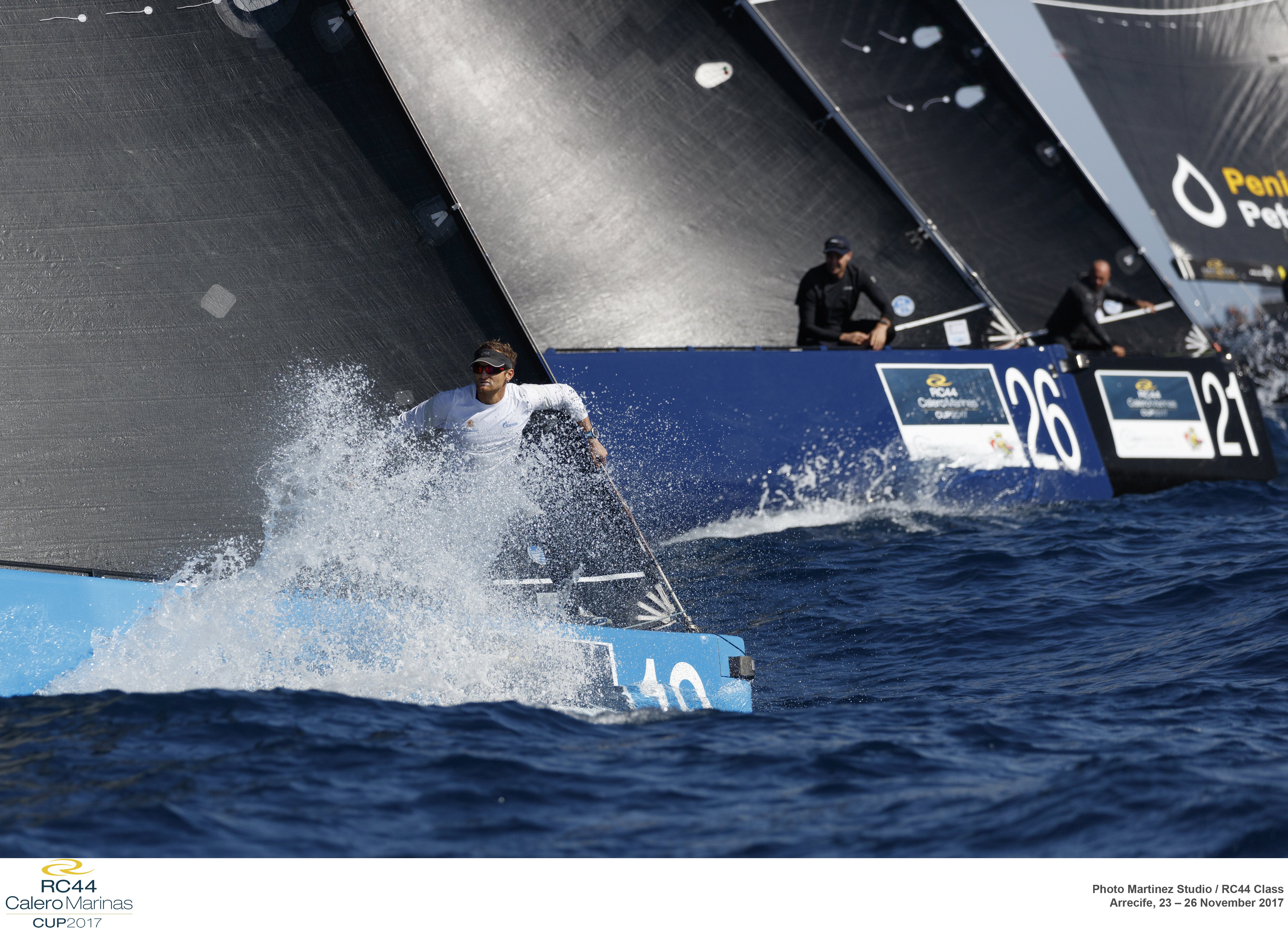 “We’re confident we can keep the golden wheels,” said Lah. “We just need not to make any stupid mistakes.” As to returning to Lanzarote, he said he is eager to compete here again. “We haven’t been here for a few years, but I am looking forward to it, especially downwind in the good waves.”

Team CEEREF is also the defending RC44 champion. In 2016 they displaced Chris Bake’s Team Aqua through having a larger discard (while there are no discards in RC44 events, in the season’s championship, teams can discard their worst result). This year the situation is no easier with Team CEEREF tied on points with Alexander Novoselov’s Katusha, CEEREF ahead through her higher result at the RC44 World Championship in Marstrand. In terms of discards, at present Team CEEREF is shedding a seventh and Katusha a fifth – both scored at the first event of this season in Sotogrande.

Katusha’s crew holds the slight psychological advantage, coming to Lanzarote fresh from victory in the last RC44 event in Cascais.

“The golden wheels are very close to us now!” mused Novoselov, eyeing Team CEEREF nearby. Under his ownership Katusha has finished eighth and fourth in the last two seasons and he is looking forward at least to achieving with his first ever place on the season’s podium.  “You can never be confident - it will be a challenge. Anything might happen.” 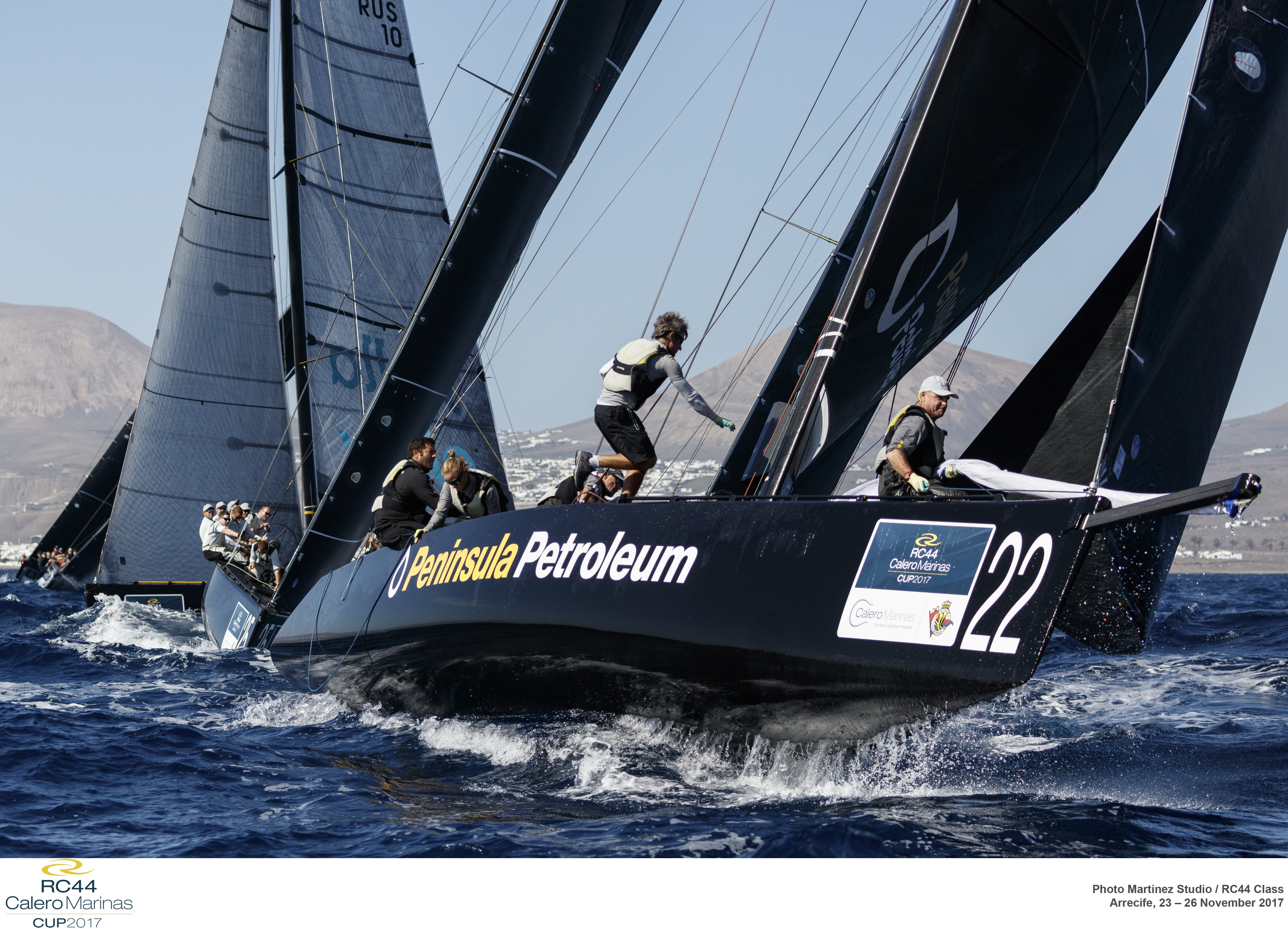 Back on board Katusha is regular American tactician Andy Horton. RC44 tacticians here face a fresh challenge as while they are familiar with racing off Puerto Calero, they are less so with the waters off Arrecife, further up Lanzarote’s southeast coast. Additionally, while the Canaries are renowned for their strong northeasterly trade winds, throughout this week the forecast is for southerlies thanks to the unusual positioning off a depression between the Canaries and the Azores. “It is changing really quickly and I don’t know how much I trust the forecast yet,” advises Horton.

Four points behind the leaders is another tie between Vladimir Prosikhin’s Team Nika, the 2015 RC44 fleet racing champion, and Vladimir Liubomirov and Kirill Frolov’s Bronenosec Sailing Team, the 2015 match racing champion.  Bronenosec has previously finished second and third on the season’s podium but has never won the big prize, while Team Nika comes into the final event of the year as the reigning RC44 World Champion.

Prosikhin also expressed some concern about this week’s forecast. “The weather pattern is completely different, but the forecast has been very inaccurate. But we are sailors, we are experienced and everyone will do the best with what they’re given.”

On board Team Nika, there is the welcome return this week of former Emirates Team New Zealand and Softbank Team Japan America’s Cup helmsman Dean Barker (in place of Terry Hutchinson), who will also sail with Team Nika in 2018.

Behind them, if John Bassadone’s Peninsula Petroleum is on form this week while the main contenders are not, then the Gibraltar-based team could reach the overall season’s podium.

In sixth place Chris Bake’s perennial campaigners led by Cameron Appleton on Team Aqua, will be hoping to repeat the success of the opening event of the season when they won in Sotogrande. Both Artemis Racing and Artemis Racing Youth will be looking to get a last good result on the board for 2017 while Nico Poons’ Charisma will be hoping to build upon her third-placed finish in Cascais – her first podium this season.