Charisma and Team Aqua stride ahead

In contrast to their tail end of the fleet finish in Marstrand in July, Nico Poons and Charisma showed the way around the race track on the opening day of the 44Cup Cascais, posting a most respectable 2-1-2.

Despite Hurricane Lorenzo rampaging to the north, conditions were relatively benign off the Portugese sailing capital and the event’s host club the Clube Naval de Cascais, peaking at around 15 knots and then dropping steadily through the afternoon to around seven in the third and final race. In this Principal Race Officer Peter Reggio was forced to reduce the course length.

“It was good - concentration, focus and some good starts. That was it. It is time to catch up again,” affirmed Poons, whose team currently lies seventh overall in the 2019 44Cup. His tactician, America’s Cup and Volvo Ocean Race winner John Kostecki added: “Nico did a great job today and was really focussed. It went well - we got off the line well; we went the correct way up the first beat. Sometimes the left paid but we always had a good lane on port tack, which our coach told us to do. Plus we seemed to be going fast.” 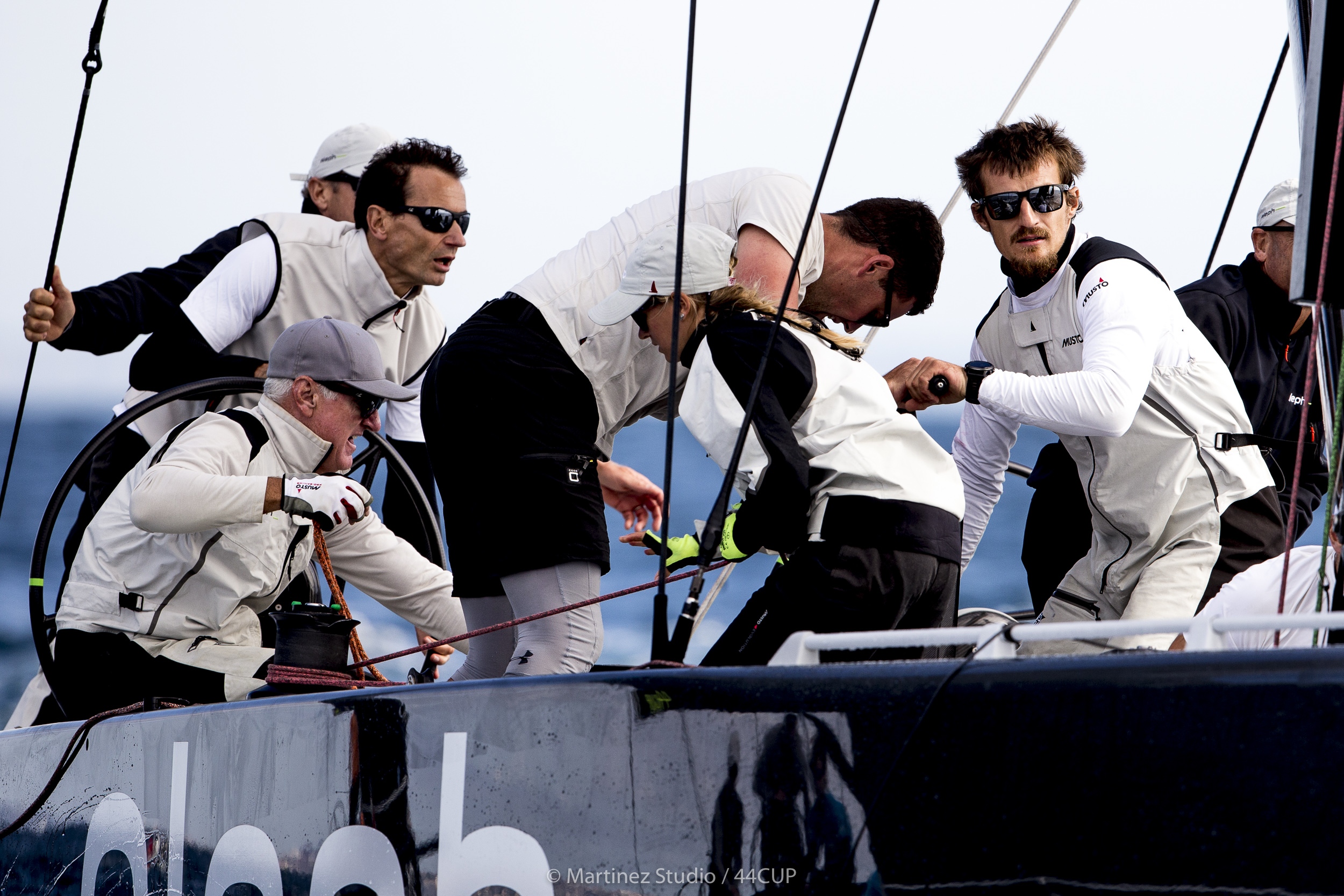 While today Charisma, the 2018 44Cup champion (and winner the last time the high performance 44ft long one design long monohulls visited these waters last November) seemed to be the stand-out team, in fact they finished the day just one point ahead of Team Aqua. Chris Bake’s team, which currently holds the 44Cup’s ‘golden wheels’ as overall 44Cup leader, claimed today’s final race and had nearly as consistently good a day as Charisma, posting a 3-2-1.

“It has been pretty tight and there was just one key play in that last race - the layline [into the top mark] and making a big move inside of Ceeref and Charisma,” explained Team Aqua’s long term tactician Cameron Appleton. They had nailed the line into the top mark as their rivals had overstood. “It was quite difficult to pick that with the swells and the fickle breeze that was decreasing as the day went on. We had a solid day as did Charisma, so it is pretty pleasing to start the regatta that way.”

After day one of the 44Cup Cascais these two are the stand-out teams, with a five point gap back to Hugues Lepic’s Aleph Racing, winner of today’s first race and, in turn, four points ahead of Vladimir Prosikhin’s Team Nika.

Lepic said of the first race: “We started very well and were on the right side of the course and then it was relatively easy for the rest of the race. The other two races were very tough, but that is what makes this class interesting.

“I like Cascais because it is windy and it can be very tough, so to do well in Cascais is always extremely gratifying.”

Team Aleph’s tactician Michele Ivaldi explained of the race they won: “We got the boat end bias and going to the right we had more pressure than the boats to leeward of us, which we could use to go forward. We were bow-to-bow with the first boat and it was tight at the top mark, but it gets easier when you are in front.”

For Cascais, where the wisdom is always to head right in towards the coast in the prevailing northwesterlies, it was a surprisingly tricky day, with the left side of the course frequently paying too, thanks to the wind gradually backing this afternoon until the end of the second race. Also a feature today was the long Atlantic swell which the boats found themselves punching into on starboard tack. “It was tricky to drive in that because at the top of the wave you had more wind than at the bottom making it hard for the helmsman. But Hugues did a good job at that," said Ivaldi.

Given the usual closeness of the fleet, it is surprising gaps have already opened up at the top end of the fleet after just three races. However the competition is much closer in the mid-fleet where just five points separates Team Nika in fourth from eighth placed Artemis Racing. Artemis Racing had several opportunities to do better today. Notably in the first race she was jockeying for the lead with Team Aleph only to park at the second top mark rounding, incurring two red flag penalties in the process.

The forecast for Friday and Saturday is for the wind to be around 12-20 knots but with the swell to increase, the effect of Hurricane Lorenzo, building over this period.

Racing continues tomorrow, with a first warning signal scheduled for 1200, and concludes on Sunday. 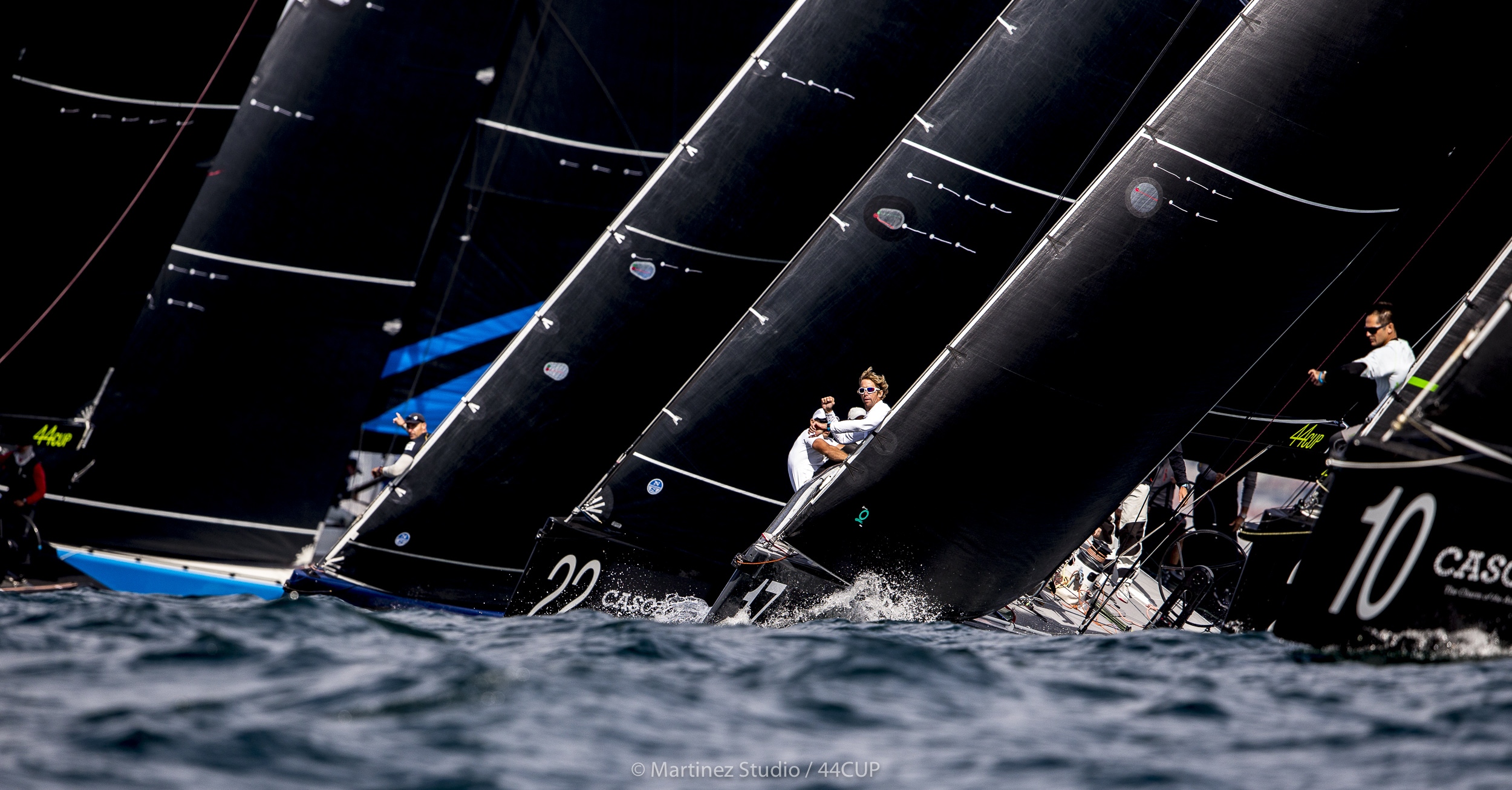