One of the most daunting jobs in the sailing is to be tactician on board Team Nika in the 44Cup. This has nothing to do with the team or the owner– Vladimir Proshikin is one of the nicest individuals you could hope to meet – but simply due to this position’s extraordinary lineage. Previous individuals who have worn the team’s characteristics black and gold and while whispering into the helmsman’s ear have included: Russell Coutts, Dean Barker, Terry Hutchinson, Ed Baird and Tom Slingsby, all of them America’s Cup legends.

The latest to join this exceptional list doesn’t come with America’s Cup stripes but is one of the most sought-after small keelboat tacticians. 36-year-old Spaniard Manuel ‘Manu’ Weiller was supposed to have stepped on board Team Nika last season but due the 44Cup being cancelled in 2020, this was postponed. However Weiller did finally experience his first regatta with the team at last month’s 44Cup Portoroz.

Despite the pandemic, Weiller had a surprisingly busy 2020, almost entirely racing in Italy where sailing in classes such as the Melges 20, Melges 32 and Swan50 took place with stringent safety measures put in place. “I was having three or four PCR tests each week - a lot of tests!” he recalls.

Heralding from Palma, Weiller had a fairly conventional upbringing in dinghies, starting with Optimists and moving into 420s (including a European Championship in Piran, by coincidence the neighbouring town of Portoroz where this year’s first 44Cup event took place). Being the right size physically, there was then the potential to get into Olympic sailing aboard a 470, but Weiller says there was some problems with the Spanish sailing federation which resulted in his ditching this plan in favour of going to university. While at college he took strongly to match racing and from 2005 and on was regular feature of the match racing circuit both in Spain and internationally. Many of his best results surprisingly came in Russia such as a second place Grade 1 rated Yava Trophy in Moscow in 2008, which doubled that year as the EUROSAF European Match Racing Championship and the following year winning the Grade 2 Seven Feet Cup in Vladivostok. 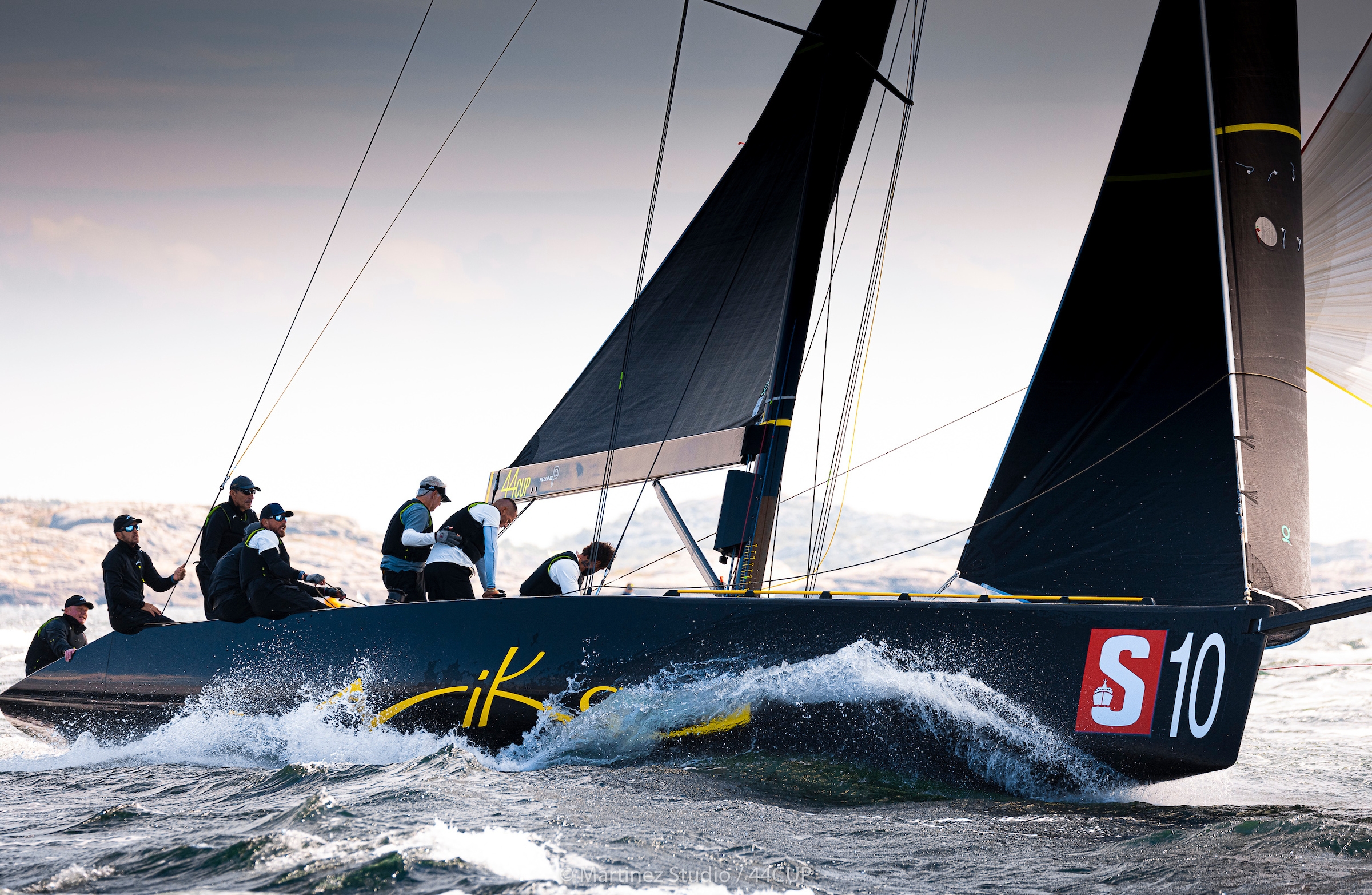 While still at university, Weiller began racing on larger keelboats and in the heyday of IMS in Spain, when it was a sport followed widely at a national level, thanks to the enthusiastic participation of King Juan-Carlos I, he first got to compete with the Zurich team initially on an IMS 600 and then on a GP42. However his big break was getting signed up to race on the TP52 AIFOS, the Spanish navy campaign on which the Spanish monarch would regularly helm and for whom Weiller would call tactics. “They wanted to bring young guys into the team and I had a big opportunity there,” he recalls.

He then progressed into the breadth of the Melges classes from the 20 up to the 40 in which he has generally been among the top finishers. “I was lucky to be with very good teams which had a good chance of winning races,” Weiller explains modestly. This included Filippo Pacinotti’s Brontolo Racing winners of the 2019 Melges 20 European Championship. He also sailed for three seasons on the Melges 32 Mamma Aiuto Sailing Team with Japanese owner Naofumi Kamei before moving into the GC32 flying catamaran circuit, where in 2017 they ended the season on the podium after winning Copa del Rey MAPFRE and claimed the owner-driver championship.

The invitation to race on Team Nika came in 2019 after Weiller had met owner Vladimir Proshikin on the Melges 20 circuit. So how does it feel joining the long list of sailing giants to have graced the back end of the RC44’s cockpit? “I don’t like to think about that!” Weiller quips. “Those are incredible sailors and I am obviously not going to compare myself to them because my background isn’t even close to theirs. But this is what I do – I call tactics and I got this opportunity, so I’ll take it.”

Having spent most of his sailing career in this position, Weiller is well versed in how to do this. So does he have to adapt to each owner? “I don’t think you can do that,” he muses. “You have your personality and your way of running things and when you are racing it is very hard to think ‘I should treat him like that’. Your personality will always come out. So they [the owners] choose tacticians who fit in with their needs. There are obviously very loud ‘military style’ tacticians and there are more quiet and calm ones, which I am more like. That works for me.”

In most owner-driver classes, including the 44Cup, the tactician often doubles as team manager as well as dictating how the boat is run on the race course. However on a boat such as Team Nika which has been racing for so many years and comes with such an experienced crew, who already know every nuance of their tweaky high performance one design keelboat, there were many parts of the regular tactician’s job that Weiller doesn’t have to concern himself about to such as great degree. As he puts it “They have been sailing together for a long time, so it was very easy the first day. They are all very good sailors.”

Weiller is new to the 44Cup but not completely new. In 2012 he was stand-in tactician on board Aegir for British owner Brian Benjamin at the RC44 World Championship in Rovinj. But that is the extent of his past involvement. “I think the RC44 has always been an incredible boat for fleet racing and every year it has been very tight racing. There is a very high level of crews and tacticians and the owners are very committed. They have been sailing many years. It is like a family…”

Weiller says he is enjoying the hardware. “The RC44 is just a great boat - being so narrow, with the trim tab and being so powerful. From 5 knots you are fully hiking on the jib and the way of hiking… It is a great concept. It is a light boat with lots of stability so it is nice.” Compared to the other boats he sails the trimming on an RC44 requires a different style, but so much is known about this already and any unknowns that do come up are quickly analysed by each team’s coaches, ultimately it just comes down to the sailing. “It looks slightly dated, but in terms of performance it is right up there. It is very modern still,” says Weiller of the RC44.

He also admires how enthusiastic the owners about their boats, their teams and the 44Cup circuit generally. “From our first day training, Vladimir was so happy when he jumped on his boat - he just loves it. There is a reason for this. The boat is nice and we all have dinner together. It is very warm and that is probably why.”

Welcome Manu – it is nice to have some new blood flowing into the 44Cup.