Team Nika has won the RC44 Marstrand World Championship after a dominant performance across the four days of competition. The final day delivered the strongest wind of the week in Sweden, with the north-westerly breeze blowing at 15 knots and with a big, lumpy seaway. Vladimir Prosikhin may not have won any races today but he steered Nika to a comfortable victory overall, earning back the trophy he last raised in 2015.

For the first race of the day, John Bassadone steered Peninsula Petroleum into her customary position on the left-hand of the start line and sailed into the lead to secure the team’s first race win of the regatta. Next it was the turn of Nico Poons to notch up his first win for Charisma in race two. While the Dutch team struggled for speed in the lighter conditions of the previous three days, with the whole fleet on the smaller jibs, Charisma finally found her form. 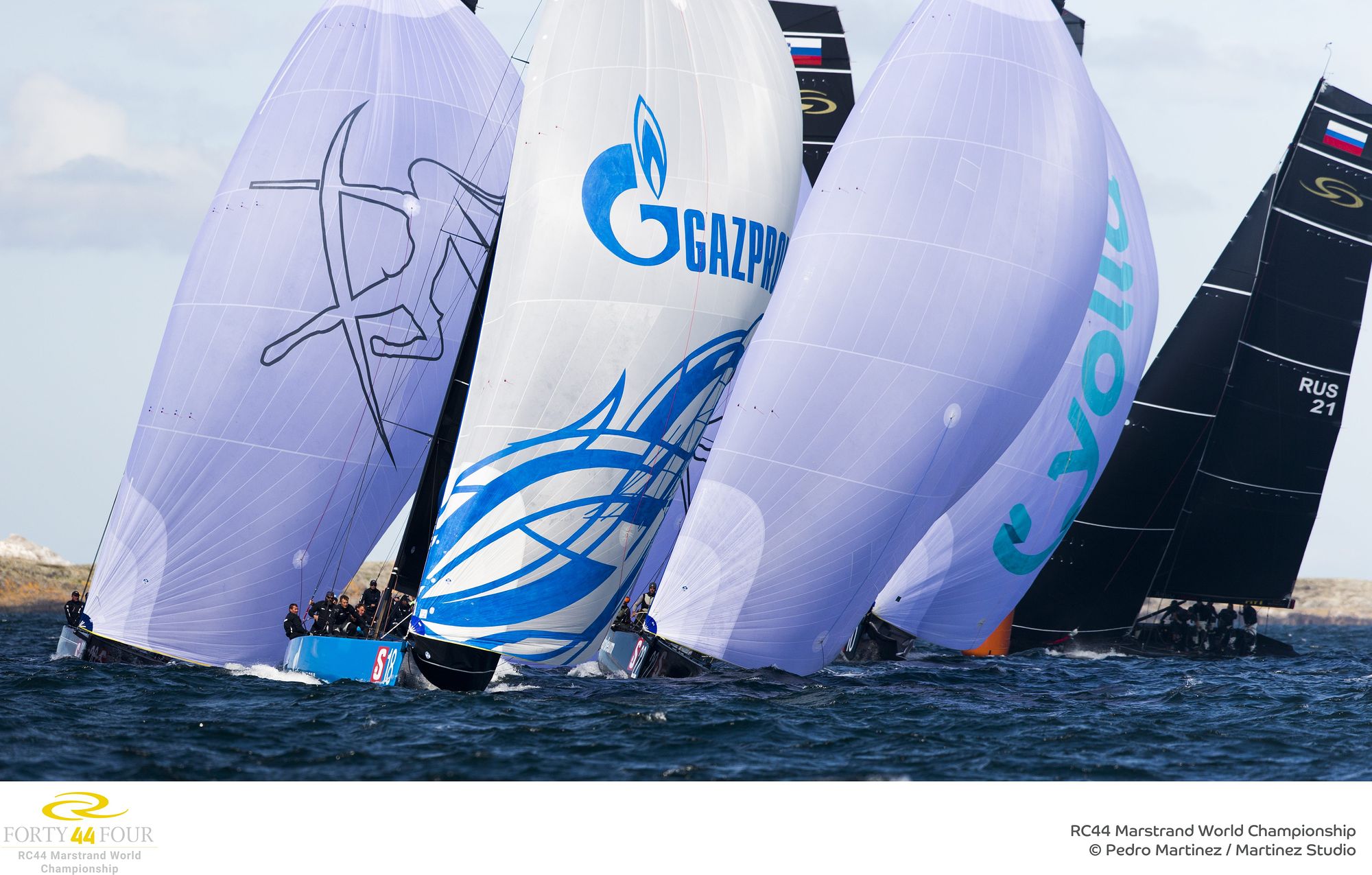 Nika’s scores in the first two races, a third and a sixth, were not spectacular but such was the team’s dominant performance across the previous three days that Prosikhin wrapped up the title with a race to spare. However, the points were extremely close from second to eighth place and there was a lot at stake for the 12th and final race of the series.

If Peninsula had been king of the pin this week, the two Artemis boats were almost invariably to be found battling it out for position at the starboard end of the line next to the committee boat. In the final start, Artemis Racing Youth had to yield to the senior team, Artemis Racing, who burst out of the starboard end and sailed into the lead of the race which Torbjörn Törnqvist held all the way to the finish. Artemis Racing was the only boat to win a race on each of the four days, but with three ninths on her scoresheet she was also the boat with the most last place finishes. “Yes, it was nice to win those races,” smiled Törnqvist, “but we don't do very well in between, that's the problem. We had a great week anyway, I love the sailing conditions and the challenge of the competition.”


Behind Artemis Racing, Team Ceeref crossed the line in second place, securing the runner-up spot for Igor Lah. “Second is of course good, but we wanted to win, to defend our title,” said the Slovenian. “Nika was really better this week but we will try to grab back the title next year.” Bronenosec had been in the mix for second but after a poor first beat the Russians were lying in last place at the first mark. Things went from bad to worse on the first downwind leg, as tactician Cameron Dunn explained: “We got a hole in our spinnaker on the first run, so we were nursing the sail down the run hoping it wouldn't blow out.”


Bronenosec survived the run and found a friendly windshift on the left of the final beat to move into contention with the rest of the pack. As Vladimir Liubomirov swept across the line he was neck and neck with Peninsula Petroleum but the photo-finish for fifth place went in the Russian’s favour. Bronenosec finished the series on equal points with their Russian rivals on Katusha. However, two race wins on previous days meant the tie-break went in Bronenosec’s favour and they secured the final podium place, with Alex Novoselov’s Katusha settling for fourth overall. 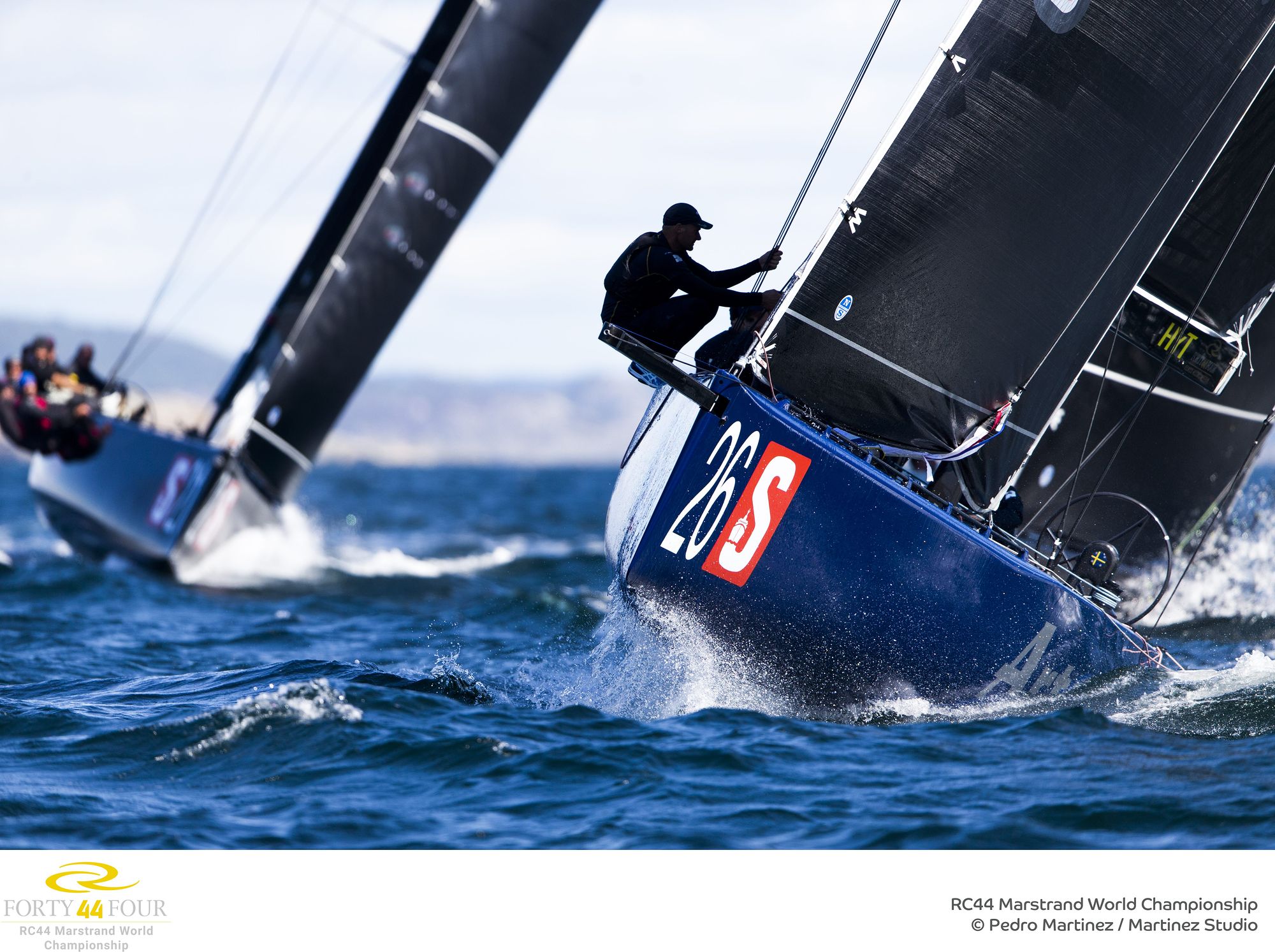 As is so often the case with Team Aqua, Chris Bake’s crew started to come good in the latter stages of the regatta and the British boat finished in fifth place overall. Bake said that turning up on the morning of the first day of competition hadn’t helped. It took the crew a while to get their eye in, especially in the shifty conditions thrown up by Marstrand. “The boats are so evenly matched. You think you did a great start, you think you did a great windward leg and you get to the top mark and you're there with five boats more or less at the same time after a 1.4 nautical mile windward leg. You expect there to be some separation and there isn't anything. It's about doing every single tack right, every single manoeuvre right. If you make a simple mistake, you go from second to last, and it's very difficult to come back.”

Every owner would admit that Team Nika was a class apart this week. “We were the strongest boat on the first three days of the regatta,” said Prosikhin, who gave tactician Terry Hutchinson a lot of credit. “We made much better starts with Terry than we have ever done before. It was a big step forward and that helped us a lot.”


While other boats fought for their favourite end of the line, Hutchinson always had Nika starting out of the middle. “We don't need to swing for the fences at the starts,” he said. “We are fortunate enough to have enough speed to win from the middle.” On every boat that he races, Hutchinson’s personality is a strong driving force, as Prosikhin acknowledged. “I want to thank Terry for building and shaping the team together, Nika is a battleship again. I want to thank my crew, I've sailed with them for many years now, and I want to thank my wife Nadia. She really wanted white watches and both our watches [the winner’s prize, provided by HYT] are white. That was a major motivation,” he smiled wryly.

So that’s the Worlds over, and now Team Nika takes over the golden wheels from Peninsula Petroleum as the top performing boat from the first three events of the season. However, the other crews will lick their wounds and work out what they need to do steal those golden wheels away from Prosikhin when the fleet next meets a month from now in Cascais, Portugal. 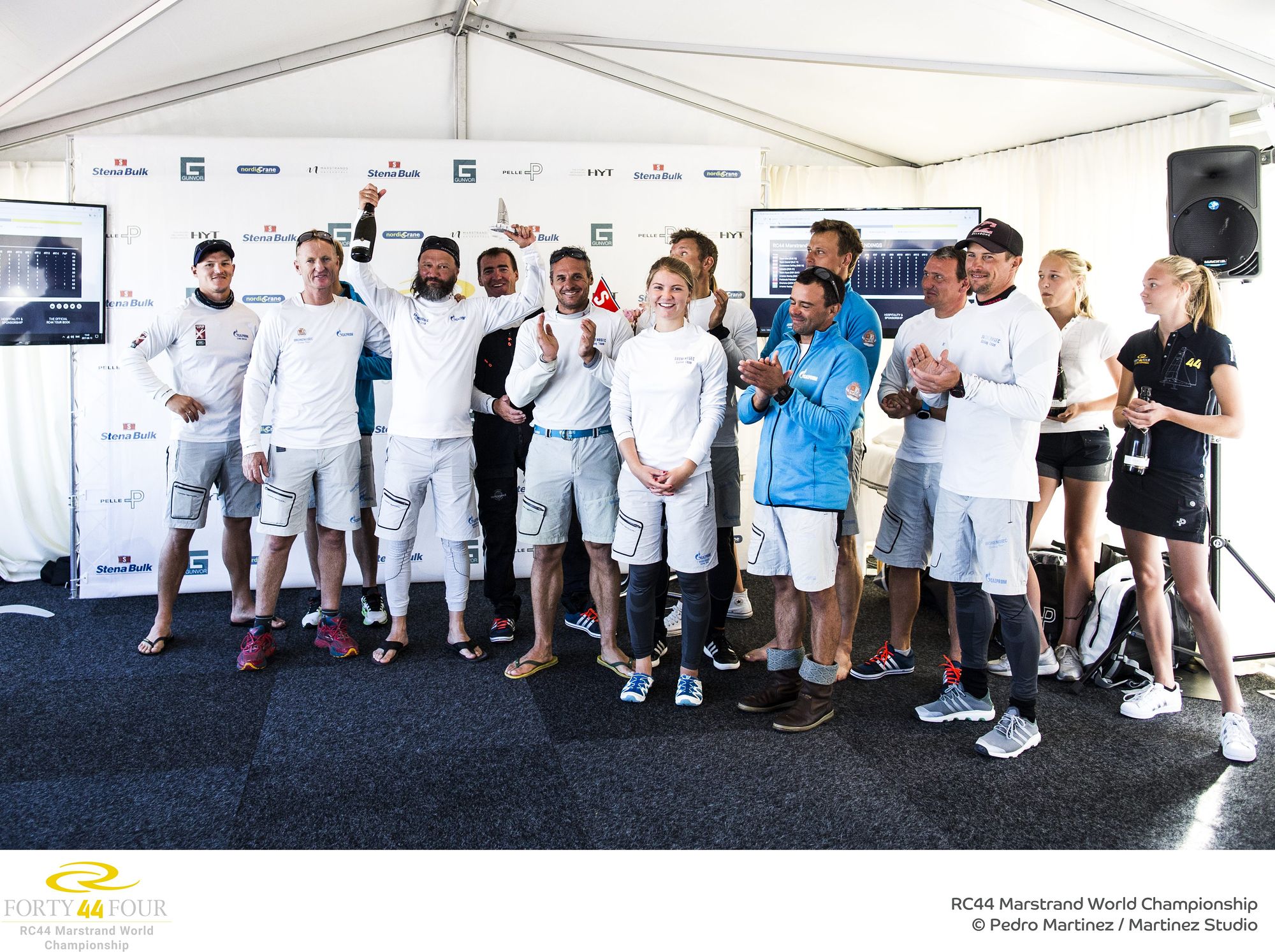