Aqua and Nika edge ahead

Despite being mid-November, Portugal laid on warm temperatures and light winds for the opening day of the RC44 Cascais Cup, the final regatta of 2018 for the high performance one design monohulls. However with an offshore easterly to southeasterly blowing, the swell failing to line up with the breeze and often coming from different directions, combined with the ebb flowing west out of Lisbon’s Tagus River for most of the day, racing today was a most complex exercise for the tacticians. It also was for the race committee; PRO Peter Reggio somehow managing to find conditions stable enough to hold a second race, after his first attempt had to be abandoned following a major right shift.

In the opening race Vladimir Prosikhin’s Team Nika, the overall 2018 RC44 Championship leader, started as her crew intended. They pulled off a good mid-line start on starboard and managed to control the fleet as half the boats headed off on port. Playing the left side at the top of the beat seem to pay for both Team Nika and Igor Lah’s Team CEEREF but it was Prosikhin’s team that led around the top mark with Chris Bake’s Team Aqua squeezing into second. The Team Nika crew then managed to avoid putting a foot wrong and carried their lead around the remainder of the course.

The second race, with the course aligned to the new southeasterly breeze, wasn’t so fortunate for Team Nika when she and Nico Poons’ Charisma were called over early at the start. However Barker somehow found a way back in, recovering to reach the top mark in third place.

“We were going well upwind which was nice,” recounted Barker. “We managed to pass a couple of boats and get back into contentions.” Team Nika held third for the rest of the race – a nice comeback. 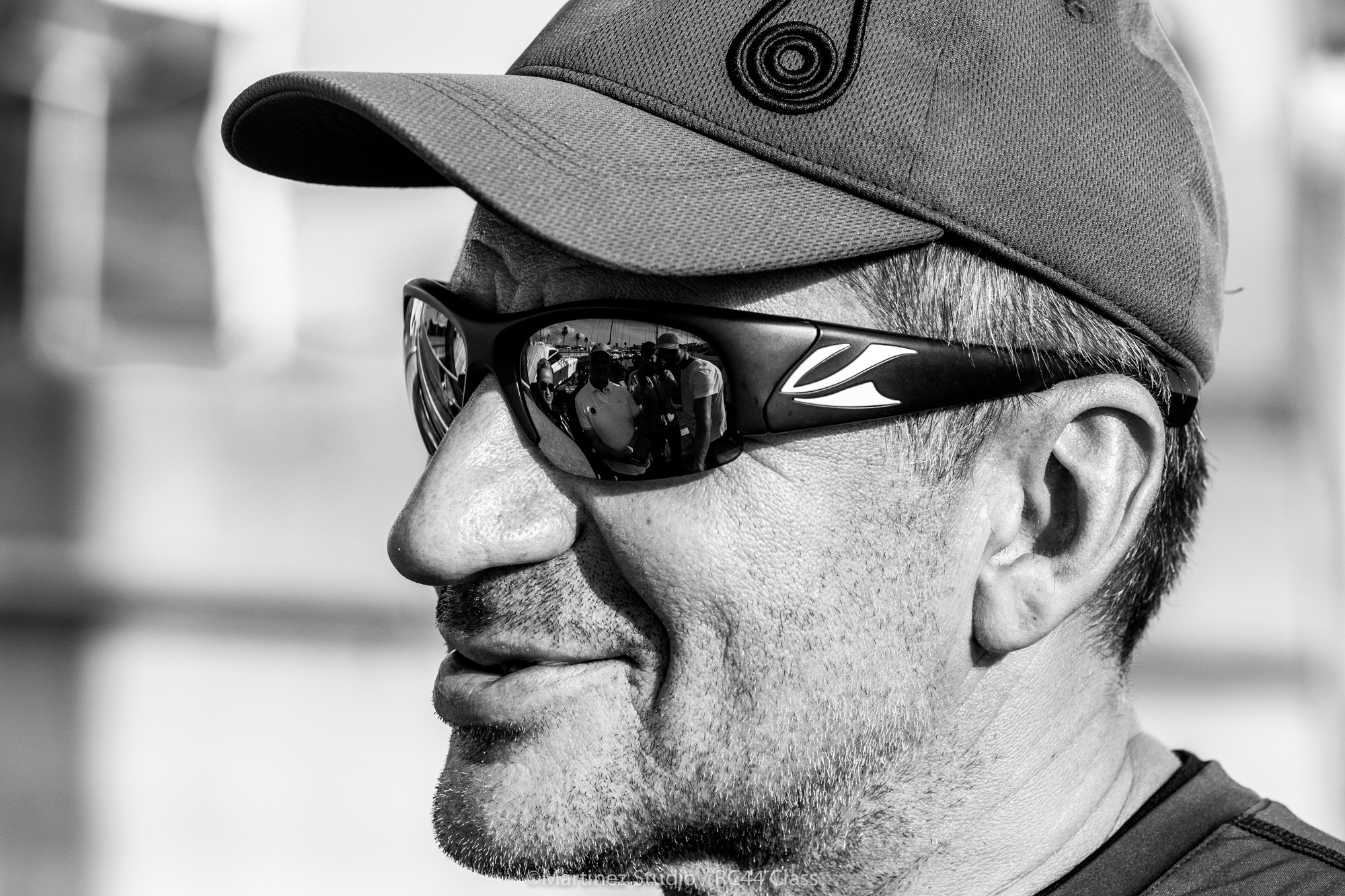 Prosikhin congratulated his tactician: “Dean found a very nice lane, so we were in clear wind. We are happy - we out-performed our expectations for the first day. We’ll do our best to stay where we are, but everything is open, anything can happen – one bad tack or gybe can make all the difference, but that is the thrill of racing in this fleet. Today was comfortable, safe, we had boat speed, good angle, good conversation with the trimmers. It was a pure speed race and finally we did a bit better job than the others.”

However Team Nika finished the day second overall, beaten by a point today by Chris Bake’s Team Aqua, which scored 2-1.

“A 2 and 1 on a day like that – I’m please,” said Team Aqua’s tactician Cameron Appleton, beaming. “We had some okay starts and we were able to get ourselves some nice clean breaks. The guys sailed really well.”

Team Aqua won the second race, doing especially well out on the left side of the first beat. This allowed Bake’s team to round the top mark first ahead of Frenchman Hugues Lepics’ Aleph Racing, and hanging on from there. Perhaps Team Aqua made the best of the tricky conditions: “You were punching along the swell on starboard and then into it on port. The boat screws around, it unloads and loads, it was a case of whether you chase it or just find a happy medium,” continued Appleton.

Enjoying his first day of racing on the Russell Coutts-conceived owner-driver circuit was Paulo Mirpuri aboard Mirpuri Foundation. “It was really nice. The wind conditions were very light, but still we could race, which is the good thing about this class.” The Portugese skipper and his Spanish crew were forced to abandon today’s first race after experiencing rudder issues, but then finished a respectable fifth in race two. “In that we did very well downwind. We were mid-fleet, but it was a good result considering I’m still getting used to the boat. In general it was a very good experience.”

Tomorrow the forecast is again for light winds with a building swell but the high rollers coming in with the big wind on Saturday-Sunday. “It won’t be an easy regatta,” continued Cameron Appleton. “And the waves are only going to get bigger. With some biggest recorded waves are up at Nazaré on Sunday. With all of the surfers from around the world flocking there, you wonder how it is going to work out for us..!”

With the conditions set to drop off again tomorrow afternoon, the decision has already been made to start one hour earlier with a first warning signal at 1100 CET.