This morning Hugues Lepic’s Aleph Racing scored their third bullet out of four races, increasing their five point lead at the day’s start to a massive 10. Ultimately a fourth place in today’s second and final race handed the French team victory at the Adris 44Cup Rovinj. This was a considerable step up from their third to last place at the first 44Cup event of the season in Montenegro in April. But more spectacular was it being the first time since joining the class nine years ago that Aleph Racing has ever won an event on the high performance one design circuit.

“It is an amazing feeling,” said Lepic, dripping after taking his victor’s plunge in the water of the ACI Marina Rovinj. “I like the class very much - the boat, the crews, the owners and the format, but I have never managed to get to this level. It is great to have this for the first time.” 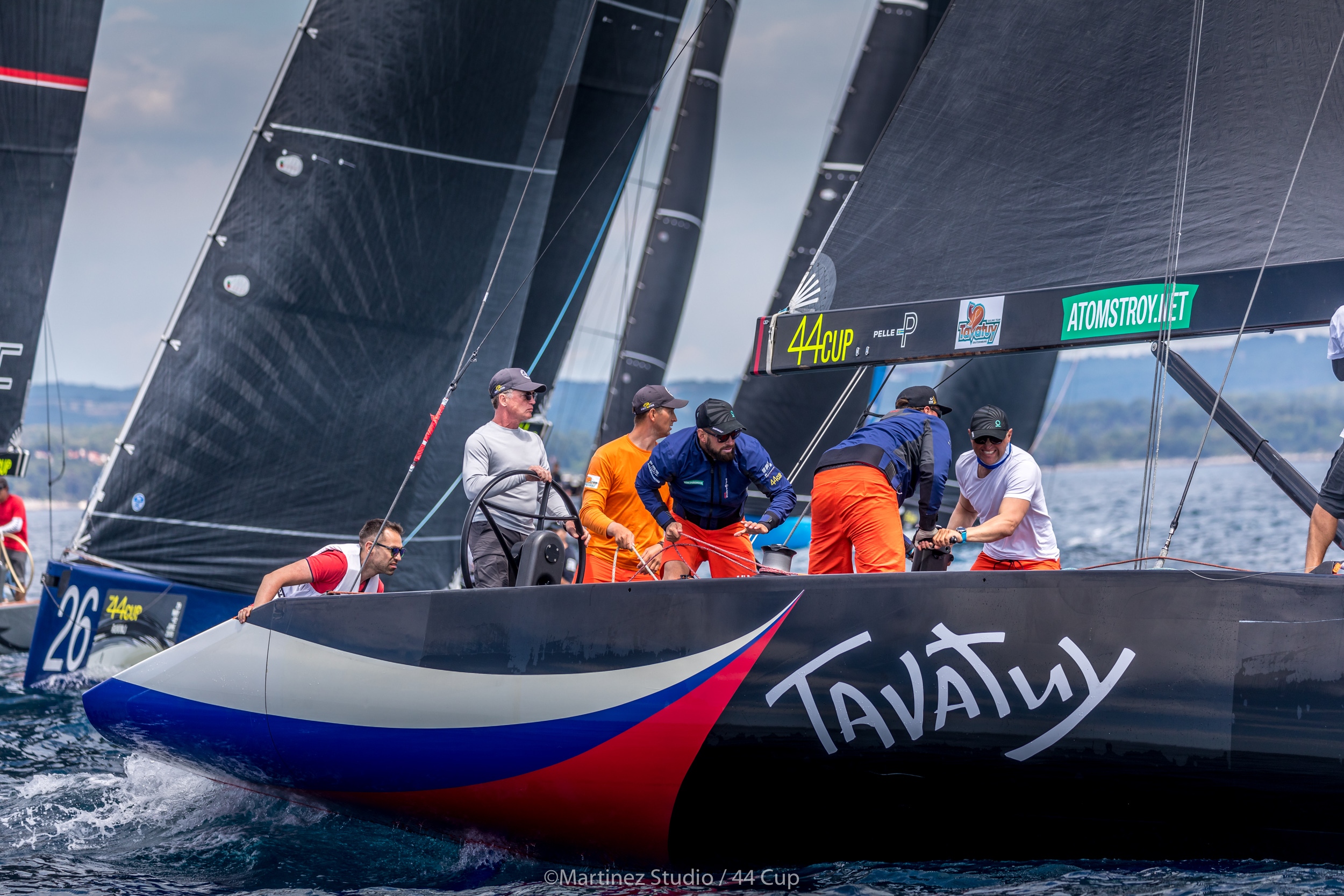 The team, which has Italian maestro Michele Ivaldi calling tactics, was top scorer on Friday, won two races from three yesterday and one from two today. So how did this come about? “All of our starts were good - starting fast and with good space helped a lot,” explained Lepic. “Then it was a case of executing, not losing our cool, and making sure that everything we have learned over the years came together. We had a bit of luck as well…”

Ivaldi has said over the previous days that getting the boat set up well for light conditions and practicing starts also helped.

Today anticipating a difficult forecast, Principal Race Officer Peter Reggio sent the boats out an hour earlier and ultimately managed to lay on two races in a light northwesterly, albeit with a long intermission between the two and having to finish the second prematurely after the second upwind leg.

In the latter, another crew scored a prominent result when Tavatuy Sailing Team, the newest campaign, enjoying their first full 44Cup season this year, won their first ever race. This week Pavel Kuznetsov’s team, on which leading match racer Evgeny Neugodnikov calls tactics, has been first to the weather mark only to lose the lead subsequently. In today’s first race for example, the Russian crew got a blazing pin end start, gaining enough of an advantage banging the left to cross the fleet on port. They rounded first only to lose the lead on the run to Artemis Racing. But in race two this wasn’t case and as the wind began to fade and the course was shortened, they were still in front at the line.

“I can say that this hasn’t been our regatta,” admitted Kuznetsov as he returned to the marina in the shadow of the Grand Park Hotel Rovinj. “We had good starts and a few times we led at the top mark, but after that we did all kinds of things to lose our position. But we won the last race so we are happy.”

Looking at the nine years it has taken Aleph Racing to win an event, Kuznetsov observed: “I hope we will be a bit quicker.” As to the event here he added: “The organisation is very nice. We’ve loved our time here.”

Banging in podium positions in both today’s races was enough to earn Nico Poons’ Charisma second overall, a fine turnaround from their last place in Montenegro. “The team is fine - the boys are working hard. You need a good team but it is also people like JK that make a difference,” said Poons. JK is America’s Cup and Volvo Ocean Race winner John Kostecki, the team’s new addition.

“I’m very pleased! Personally going into it I was hoping for a top five. So we’ll take a second all the way!” said Kostecki. “We also have a great coach in Morgan Reeser. He really painted a picture out there of every race for us and was more or less correct every time. Today was about trying to keep it simple, being patient and not panicking.”

Charisma’s performance was enough to displace Torbjörn Törnqvist's Artemis Racing into third. With Sarah Gundersen standing in for Törnqvist here, the Swedish team has had a generally outstanding four days and at the end of day two was tied on points for the overall lead. However a deep result in today's first race, caused them to finish a point behind Charisma.

After their soaring performance yesterday, Peninsula Petroleum had an indifferent Sunday, while as Aleph Racing was on the ascent Team CEEREF, leader at the half way stage of the Adris 44Cup Rovinj, was heading the opposite way.

Chris Bake on Team Aqua did enough to keep Bronenosec Sailing Team astern of them, but was unable to keep up with Vladimir Prosikhin’s Team Nika which posted an improved 2-5 today.

“It doesn’t feel like the results show our efforts,” admitted Bake. “We were never in the right place at the right time. There were fingers of breeze everywhere that got the better of us. It just wasn’t our regatta at the end of the day.”

As to the event, Bake said: “Rovinj has been phenomenal and ACI and Adris have done a huge job in hosting us and making it very comfortable for us. It is very nice. It is probably as nice a venue as we’ve ever been to.”

Next event on the 44Cup is the RC44 World Championship in Marstrand, Sweden over 9-13 July. 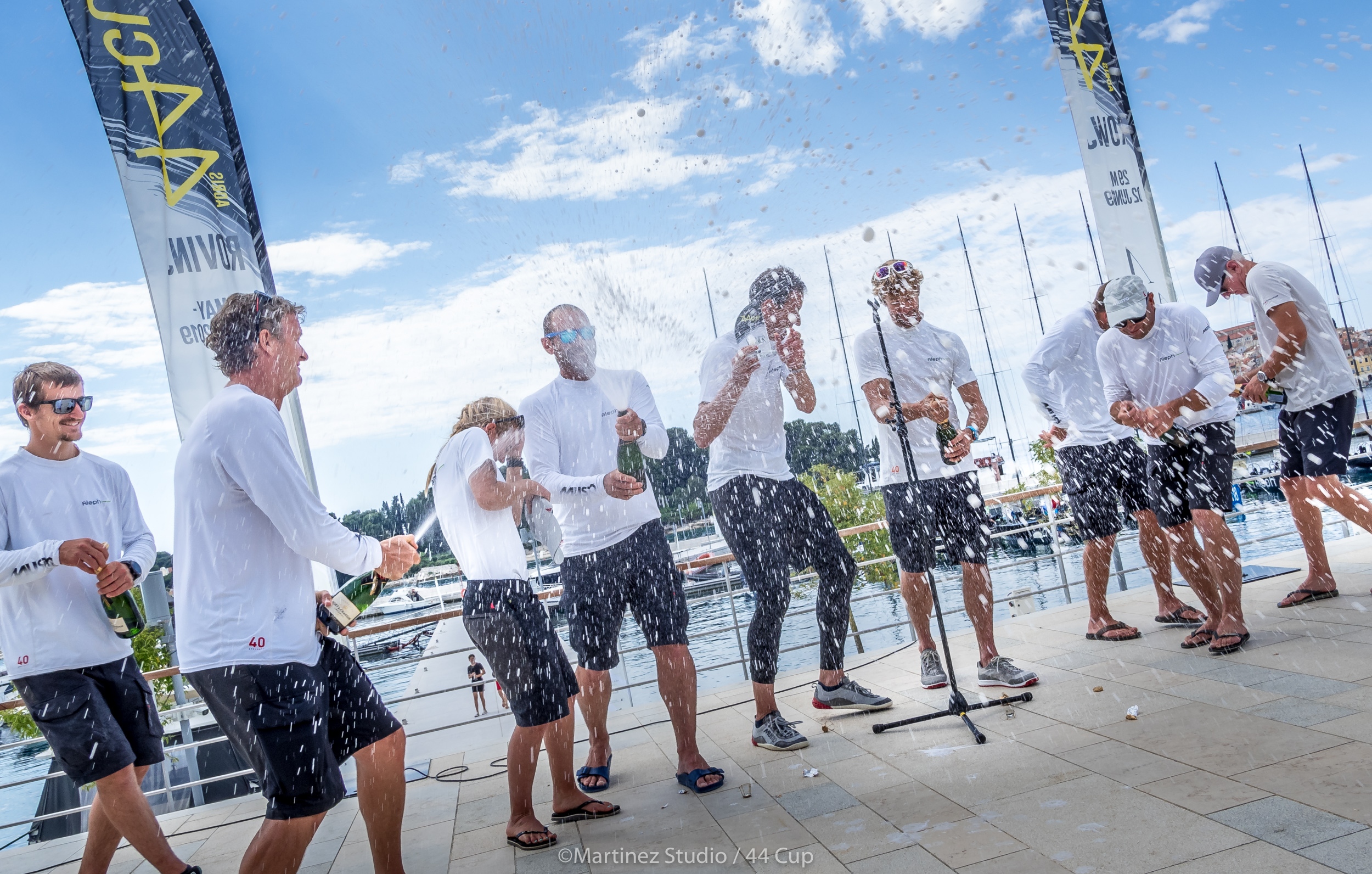 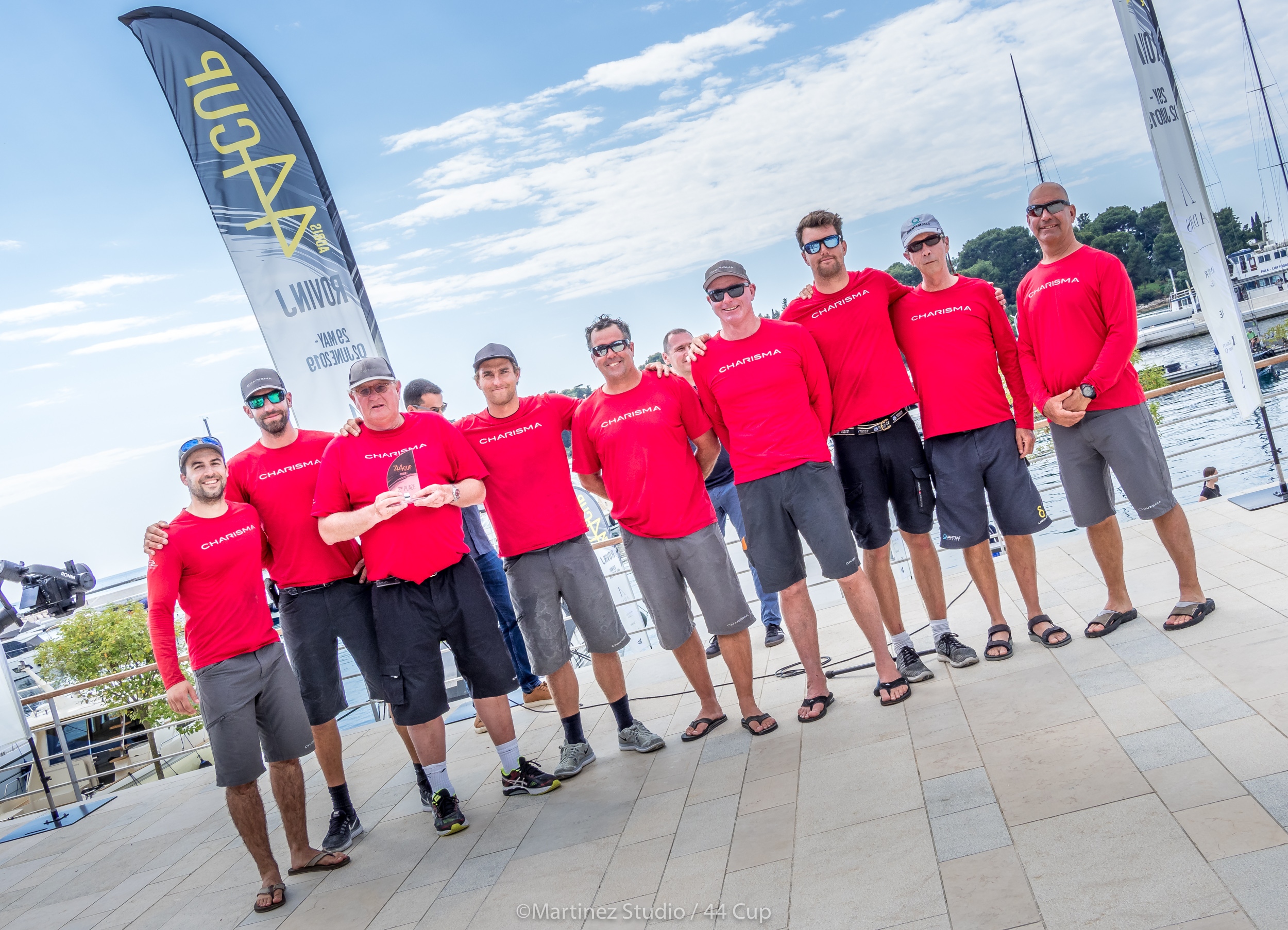 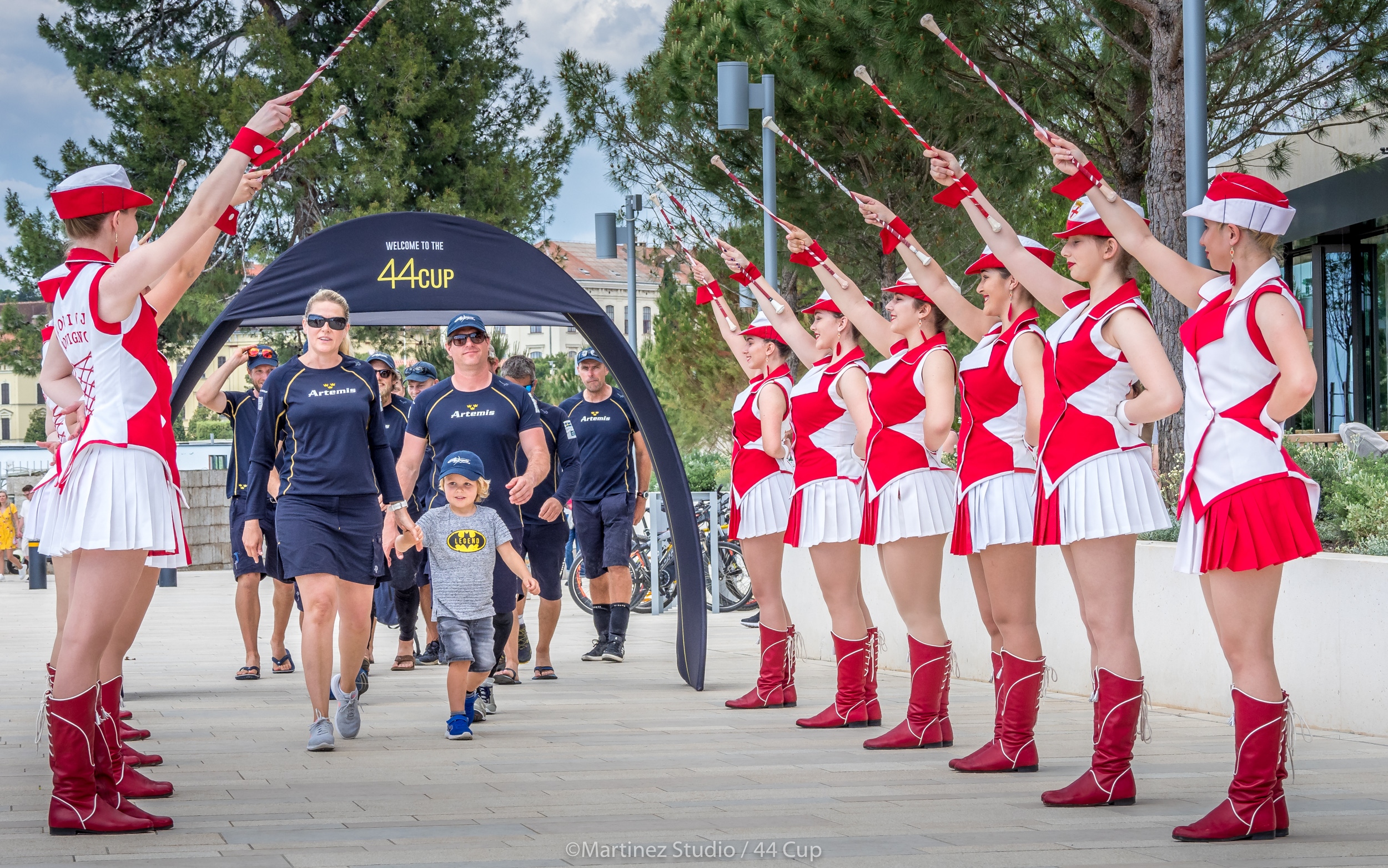